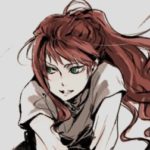 *A/N: While this character is a MHA oc, the plot and characters have very little to do with Kirico. Only bits and pieces will ever be mentioned, and nothing really big.* 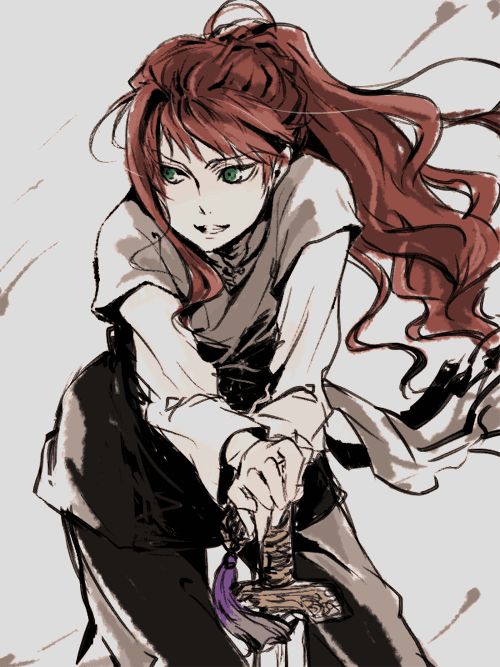 Sexuality/Romantic interest: Again, no one’s really sure. She does have a pretty heavy female lean. Though that doesn’t mean she can’t/won’t be interested in other genders at some point.

Quirk/”Power”: Explosive blood. Once her blood is spilled and has officially made connect with something that isn’t her, it’ll explode. A single drop ranging in power, from somewhere around a sparkler’s level, moving up towards really any kind of home fireworks. The more blood, the more power.  Pretty self-explanatory. 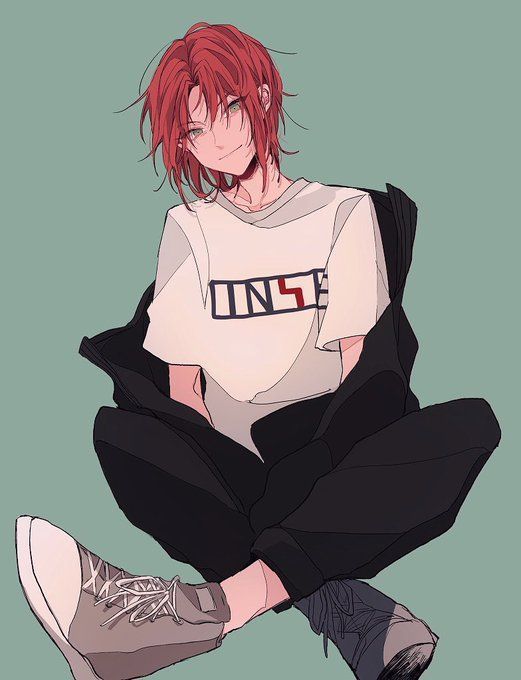 Complex: Pale, for the most part.

Any discernible markings [etc.]: Her veins are notably a brighter red than most and a whole lot more visible on certain limbs, mostly her arms. A large variety of burn/explosion scars due to her quirk going off too close to her body [she isn’t immune to any sort of explosion, even her own].

A little snappy at times, nothin’ too bad. Just as much of an introvert as she is an extrovert. Tends to go with the flow, it’s so much easier after all. Pretty laid back and doesn’t really like getting into things that don’t involve her.

She’s pretty causal with any and all. No matter the status, she’ll treat everyone mostly the same. Though due to her “lack of respect”, she has a bad habit of pissing people off… Oops. She’s not oblivious to her flaws and limits, and actually finds her shorter life expectancy humorous in a sense.

Prone to: Losing consciousness at random, even when not tired. Lightheadness and blacking out. Rambling on and off topic, though she’s working on it so feel free to point it out whenever you see necessary.

Ain’t nothing special. Like most, her little ability developed at a young age… Unfortunately, her parents kind of got blown away in the process. Not too far, only enough to get them scraped up against the concrete and maybe even thrown into a nearby store. Little Kirico had just fallen and scratched up her knees. Long story short, her blood certainly had a powerful effect, even in small portions.

Blah blah blah. Life went on like any other, and she eventually got accepted to UA; the top school in heroics education. She got put in the hero course. Not shoved into the best class or the worst. Just somewhere in the middle. Truth be told, as time went on there she realized she didn’t actually care for becoming a pro-hero like most. She kind of just wanted to exist and live a casual life. Pro heroes typically had lots of fans, constantly bombarded with cameras and questions, asking for interviews and all that. Nothing she wished to ever go through. She has enough problems as it is, and she didn’t need to added on stress of keeping saving lives, making enemies, and upholding some image. Frankly never been much of a fan of the ones currently around either.

She’s had a bad heart for as long as she can remember. Her health plummeting around the same age her quirk developed- Actually due to the quirk. The qualities that make her blood explosive don’t mix too well with the muscle. Causing quite a bit of issues for her in the long run. Many symptoms point towards heart failure like shortness of breath from simply walking down the stairs. There’s still a good portion that pointsover in the heart attack regions, from chest, neck, and back pains to heartburn and nausea. And many, many more sytpoms and possible diagnoses. No one really understands what’s fully going on with her, and how to fix it, so they decided a shit-ton of medications was the way to go. Most supposedly are to help with the pain, but the rest… Eh, she doesn’t really know what they’re for. All she knows is that she is supposed to take them.

Either way, due to medical issues and her lack of motivation to even continue down the path of a hero, she quit. Actually transferred schools- But same difference. She had just gotten in, and yet she was ecstatic to leave to a normal highschool… Now she just lives in a one-bedroom apartment, cheap and not the best. But hey, it works. Her money goes mostly elsewhere *cough cough* on all the drugs she prescribed to take, even if they have no real effect on her in the end.

Just some chick who opted out of the whole hero lifestyle.

You should do whatever the fuck ya' want.