OOC PLEASE READ: I been RP for years and come to love all kinds of characters. Instead making an account for every single character, I decided to make this my multiple character account. I adore each character, and a fan of each. I do not change back and forth because I think any lesser than the other. I will try to limit the amount of characters on this page, meaning some may go into retirement if not active. This does not mean they can’t be brought out of retirement, any char. can be brought back out. If you have a special request, feel free to leave a comment ;)…Back to IC….

The forest holds a never eerie chill and the sun fails to reach the forest floor. Despite the most of the trees bare limbs that stretches and leer away like scrawny fingers, the warmest rays of light fail to fulfill the woods with comforting warmth nor glow. Beast of big and small, plants that can not be found anywhere else call the dark woods of the forbidding forest their…home. Those who wander in are rarely found alive or sane. Rumors have it the fair folk or fey harmfully play with those foolish enough to wander in. Others say the forest is filled with dark magic and it is the scared ground of which a covens of witches and warlocks have been buried with marked graves. Rumors say unforgivable beast who takes on the form of thorns and black stallion serves the covens cemetery. However, how does anything or anyone serve the dead?

Aurora Falcon has a secret unlike most girls of her age, upon being ambushed and chased down a dead end ally. She cowards in fear as the nefarious men approach her, then the unexpected happen. The wind blew and a rush of excitement and adrenaline rush a wild side awaken within her, the gryphon. The Falcon bloodline long ago was known for being gryphons who can take shape of human, and gryphon. Untamed nature took control and once she became aware of her new situation she instead of screaming, cries like an eagle. Golden hazel eyes stare down the blood covered ally, trembling she looks down upon her talons. Horrified she came to realize she has committed murder. Ever since that day, she wears a heavy cloak to block out the wind. Hoping her new wild nature never does such a deed, a deed where not only people died, but to lose her self to the wonders of the wind. To find balance within herself? Is the possible? Is she destined to be a Beast or Beauty?
Set on quest to seek answers, this quest of finding more about gryphons has lead her to become a female body guard, unusual considering she once a slave. Shannara Gryphon, is more than just a Gryphon. Noble, cunning, and fickle. Shannara or Nara, is only known species of Gryphon to have the blood of a Phoenix. She has the ability to cast her whole body into fire and to heal with a single tear. She has died many times throughout the centuries and is reborn from the ashes. Having the blood of loin and a Gryphon, it is a mystery of how her first life came to be. Her talents though, are difficult to miss. If not engulf by flames, her feathers are rich deep shades of red and brown, much like the clay of the earth, resembles a Phoenix color and feather pattern.

Nara life is nothing dull, being reborn for a variety of reasons, her memory is fractured yet not entirely broken. She starts as a youngling, small as kitten and vulnerable as candle stick. She recalls one friend from her latest awakening, a druid who goes by the name Allanon. Something must be wrong in the four lands, for Nara was put to rest so when the Four lands become endangered, she will awaken. Was it the Ellcrys? Ebony, a young Pegasus who was separated from her mother and flock during Hunter’s night attack. Crashing through the sky and rough limbs of the trees, she frightens away a old buck. An old buck that was going to Aurora’s meal…Even with the dangers of Hunts Clan and her own wild nature, Aurora took in the black Pegasus and agrees to help her find her mother. Unlike Aurora, Ebony can only cast illusion of a young child, her shadow still cast that of a Pegasus filly. Princess Celestia
Co-ruler of Equestria Princess Celestia and her sister, Princess Luna have the power of day and night. The royal blood of Alicorn run in their veins and with it is magic, and the weight of the crown. Celestia, also called Tia by personal friends, raises and lowers the sun. (More to come) Princess Luna,
The creatures, played in the day but “shunned” the night, which made the younger Alicorn sister grow bitter, eventually refusing to lower the moon to make way for the dawn. Her bitterness “transformed her into a wickedness of darkness, the infamous Nightmare Moon. The eldest sister reluctantly harnessed the power of the Elements of Harmony and banished her younger sister Luna to the moon, taking responsibility for both sun and moon, maintaining harmony in the kingdom. (more to come) Ember Rose, animal loving, out going, and go green kind of gal. She adores all living creatures and taking photographs, from the creepy crawlies, to the majestic hump-back whale. Ember been alive ever since the late Medieval era. 1453 AD, an era when her life was change forever. She lived the life of gypsy, pirate, reporter, and many, many more. Till this day, she has hunting down the person who changed her life, her life was once mortal but now, she is a Vampire.  Though her life was long, she still recalls the man and women who saved her as a child, before she became a Vampire.

Thinking back to the days candle lit rooms and dirt floors, the two Vampires hunters raised an orphaned girl, no older than age 10, a child who survived the plague while her parents did not. The Vampire hunters were part of a clan that mainly acted only in pairs, the Hunter Rose Clan.   The question is, later on in her life how did she become a Vampire? Was it an act of revenge from an enemy? The memories of who and how are unknown, perhaps the answers are trapped in old banded journal from her adoptive parents.  They were an odd couple one being Vampire hunters and two, they knew how to read and write. Nonetheless, Ember was odd one herself and fit right in with Hunter Rose Clan, until she was turned into a Vampire yet, what happen with her clan and adoptive parents is another story for another time.

Anput, Egyptian guardian of the deceased and sister to Anubis. (More to come…) 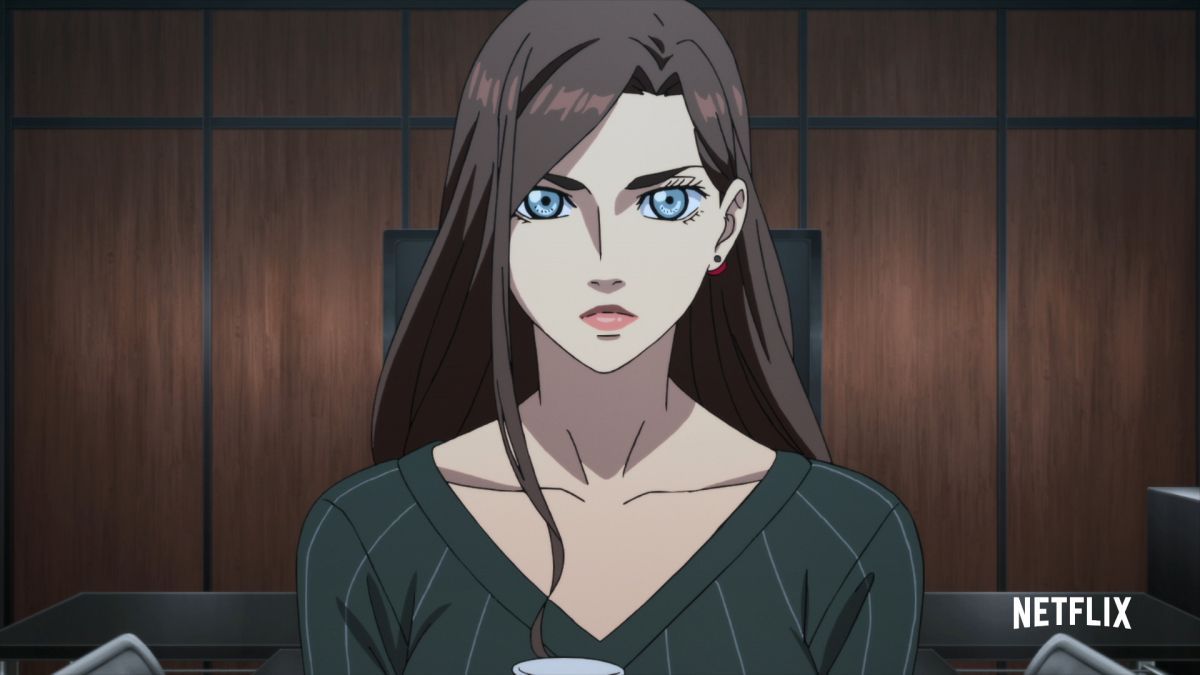 Sarah Sinclair, I might be just like you. I have job as a detective , an apartment who shared with my cat Popcorn, and friends. I laugh and cry, rejoice when my tax return comes in. Ever since I was a little girl I knew I could speak with the dead. Earthbound spirits my grandfather use to call them, they are stuck here with unfinished business and they come to me for help. In order for me to tell you my story, I have to tell you theirs. Have you ever lived for centuries without regret? To accept and understand the chaos and harmony of which all living things dwell are part of life and death. Life of immortal soul and protector of the forest. Fleeting as the light you see out of the corner of your eye and gone by the time one turns to look. Everything changed when one life suddenly became the unexpected…Question shall be, have you seen the last unicorn?  (More to come…TBA) 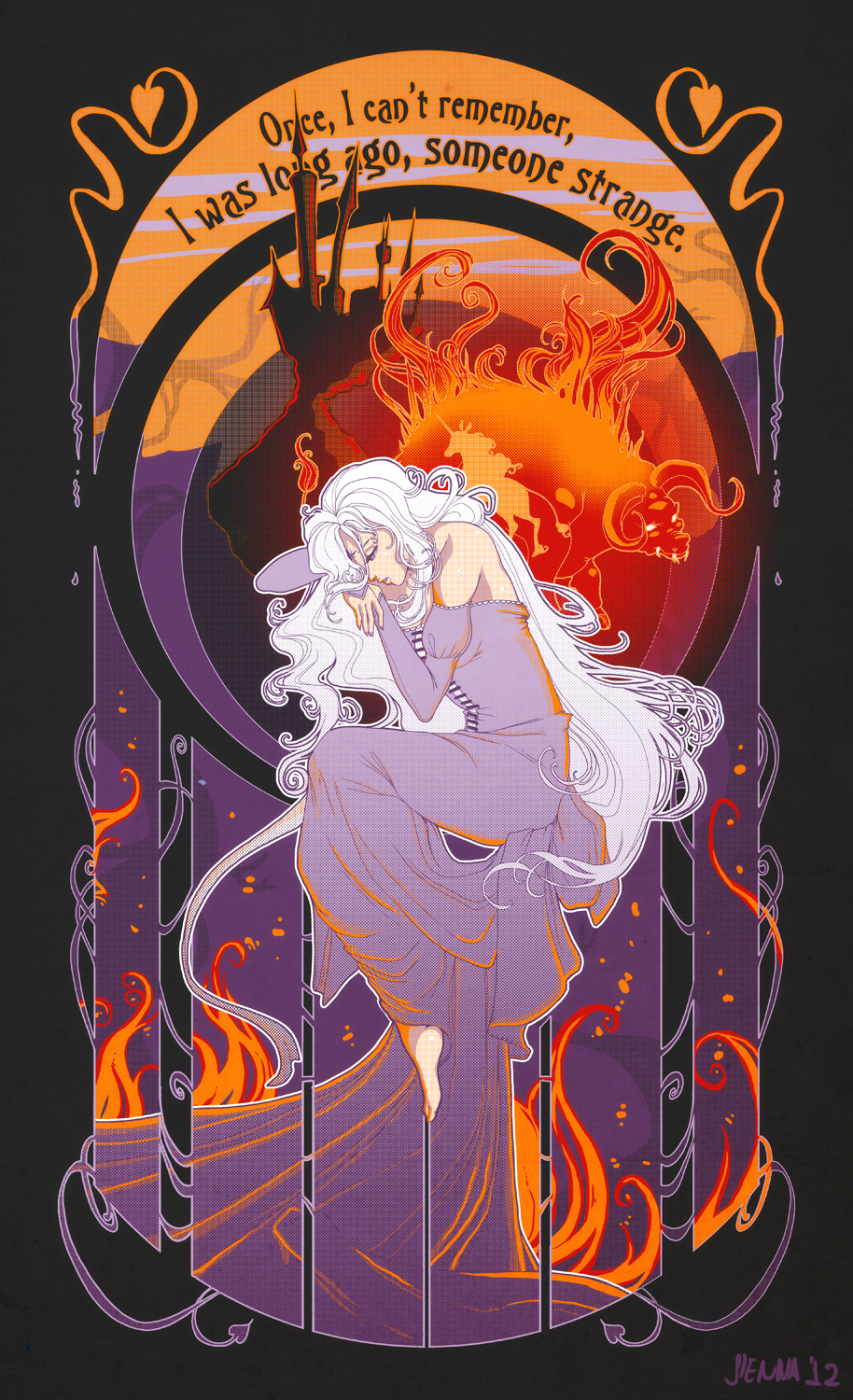 If one can sense ancient magic one may be able to sense Lady Amalthea is not human female. In the quest to find the truth behind the disappearance of unicorns, one of them encounter a young wizard. A kind yet foolish wizard who turned a unicorn into a human.

“Once I can’t remember, I was long ago, someone strange.”