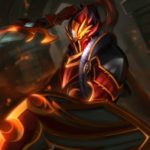 Alexander, the ultimate warrior of the elements

A warrior from a land called Order. Who fights for truth and justice. The nation of Order has been known to keep order (no pun intended) among the kingdoms of the worlds, and keep peace between humans, elves, dwarfs, demons, goblins, orcs, and the other sentient creatures. The men of Order, often travel over seas for adventure, for missions on the nation of order, and even to meet women of other sentient races, mostly the humanoid women, that are related to humans, such as elves, and dwarfs.

A shape shifting sword that can turn into multiple weapons, that can be an extention of my elemental powers.