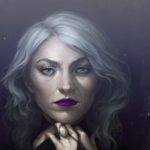 ~ Images belong to their rightful owners, all images are used as a rough guide to how the character appears it is NOT the character exactly.

~ This was silly that I have to type this out, Eloise is meant to be an older woman. She WILL NOT BE PLAYED YOUNGER!! Use your imagination, Eloise dabbles in many trades not to mention she is a lycan. You can play off anything of hers without having to go for romance, romance isn’t the only option in roleplay.

~ Eloise is connected to Godfrey Blackladder who is played by a separate player, if you plan to RP with Eloise please note that Godfrey will be HEAVILY involved in her story and WILL appear now and again. At times a multi-chat rp will need to take place. This does not mean it has to be in the tavern, if you are uncomfortable with such we can come up with other alternatives; skype and discord are some examples used.

~ Comments aren’t going to work with this character. This character will be based on a blend of chat rooms and PM development. Commenting is a slow process and often isn’t continued after more than two or three posts. This will make things difficult to keep everything unison and moving forward.

~ Job, family, and life keep me busy. RolePages is not top priority, so be patient I will return when time is available.

~ I am a very welcoming and open individual, you are free to message me if you like. I’m welcome to chat or rp, just be mindful of what’s above.

"Oh I am always looking, would you like to be the next, darling?"

~ Memories, often distant and at times out of reach. Some even fail to grasp memories of old. Ah, but she remembers.. The way the moonlight kissed her skin beneath the stars as her body was in motion, dancing with the wind for the sky above. So long ago, when many voices joined out in song, thankful for a bountiful hunt, for the calm winter and the come of springs warmth. Ah, such wonderful memories when her skin was smooth and hair as golden as the sun. How many had there been? Twenty? Thirty? Enough to thunder the woods with song and steps. That was the day she met the man who became her first husband. So young and foolish, it always brings a laugh from the depths of her chest. The better memories, leaving her home trailing a man who was just as young and foolish as she. Oh that first marriage wouldn’t last though… It did open a window to many more husbands.. and the realization human lives were very short compared to her own. Ah, the memories… best left where they belonged..

Such times were long since past however, so long her skin began to show it’s age. Though it bothered her little, she held pride for her age. Though wrinkles indeed were etched into her pale skin they were not so deep it tarnished her beauty, but her age did show. Though at times playing the part of a frail old woman was difficult. Her body, though holding its own wrinkles of age, she still held the physiques of a thirty-year-old. Her muscles still defined and shaped without age spots and blue veins surfacing. Her skin simply held soft wrinkles here and there, her skin still porcelain. Slender fingers gently closed the journal she skimmed with those crystal eyes. The first journal she had kept, how many had she written now? Already they took up their own space in a hidden library of their own. These were things none touched, accept perhaps.. one man.. Her husbands had never even been able to find such journals. Her groundskeeper, however, now he was a special sort. The only man she would ever trust with such treasures. Placing the journal back in its proper place, her index finger trailed the spine.. eyes scanning the journals searching for a particular one.. ah.. there..

Grasping the spine she pulled it from its place, a small layer of dust coiled around the leather binding as it was disturbed. Here… Flipping the pages she found the place she wished. Crystals scanned the ink that so elegantly twisted and turned along with the pages. “Godfrey Blackladder” was the first word on the page. Such an interesting encounter. A young Monster Slayer sent upon her doorstep. A sour clash with some village fools was what brought him, an event she would never forget. The fools… She had little desire to deal with idiots who pushed her anger to its limits.. Two men had gone missing after confronting the old woman in her home. She had chosen such a remote location too, built her manor and chose to dabble with certain men who passed through. Allowing her to live a comfortable life. Her transformation was always a frightening one for many, her age showed even in such a bestial form, but she wasn’t weak.. it only made her stronger. The fight had been an enjoying one, one that allowed her far more fun than before. In the end she managed to recruit Godfrey as a groundskeeper to help her maintain the estate so that it may look more presentable. Godfrey became an irreplaceable friend and companion, he was also a great handyman and fixed many things on the house and around it.

Fingers gently flipped the pages, so many memories stored away.. His life had been a complex one.. but she left his life vague. Such wasn’t for her to write about, he had begun to live with her after tragedy.. and after many years she finally requested a permanent contract to make him her butler, her protector, her companion. She needed more of an illusion than just a frail old lady living alone. Fingers closed the book, placing it back in its proper place. A shadow raised along the bookshelf causing her crystal hues to glance back. “Ah, time for lunch then?” Turning she was off and away from the journals, leaving them to climb a small flight of stairs.. leaving them for another time to view such memories. ~

Contracts; Those Eloise has chosen who are employed in her household.

~ Age: Appears 67 but her actual age is unknown nor does a Lady tell.

~ Hair: Grey in both forms.

~ Occupation: Various businesses through the ages have accumulated enough assets for retirement. Simple hobbies and business deals are all she dabbles in, or so she says.

~ Attire: She is often seen in elegant gowns, something flowing or perhaps form fitting depending on the occasion. Her wrist, fingers, and neck are often adorned with jewelry, nothing ever gaudy or to eccentric. Heels are a must, elegant to match the dress of the day. At home, if company is present her attire is very much the same, elegant dress with jewelry to accent her features. Home alone is another story, a silken gown and bathrobe are more her style. She’s not one for slippers and often walks around her manner with bare feet, even in the gardens she walks free of shoes.

Purse: “A Lady must carry only the essentials my dear.”

~ Simple Dagger with an elegant handle carved from an antler, with a thick leather sheath easily able to be flicked away and used without being hindered.

"Oh darling, you wouldn't want to know what I believe in.."