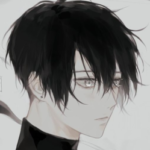 Aziel is a doctor and scientist with special powers

Aziel was born in the late 1320s in Europe. His family was big for a poor one. He had two brothers and a sister. His father was a merchant while his mother was a simple housewife. Growing up Aziel and his family barely had anything to eat. His mother and his father would eat first, then his brothers, his sister, and then him. Because of this he was very malnourished, his brothers would pick on him because of it while his mother and sister tried to sneak him food.

His father didn’t care about him due to the fact that he was another man’s child. Once his father found out he had killed the man or so he thought and kept him so that he could work around the house. While his father went out for work with his brothers once they were old enough his mother and sister helped teach him how to read. When his mother was younger she wanted to become a teacher which was frowned upon.

On his 13th birthday his brothers finally pushed him to the limit, his mother had given him a book on Anatomy she had found one day. He had already finished reading it twice already, for a 13 year old boy he was quite smart. His oldest brother Edwin had found him reading it, almost immediately the boy snatched it from his younger brother and examined it. The older frustrated that he couldn’t understand it called in his partner in crime. By now the poor boy was already pleading for his brother to give it back. The two continued to try to understand it before they got bored and angry that they didn’t know what it said. They started to rip out every single one of the pages.

Keep in mind that this book was the only thing he had that was technically his and his only. Aziel screamed and cried for them to stop but of course they didn’t listen. Things started to get physical, Aziel started to push and pull at his cackling brothers as they enjoyed his cries. His mother and father were out trying to sell clothing to get money for dinner, sometimes his mother would try to help for the sake of her children. His sister was with them as well.

Then Aziel accidently kicked Edwin a little to hard. Edwin sent him back on his ass with a single swoop of his arm. Edwin and Zachary (the other brother) had finished ripping out all the pages, but they weren’t done yet. Edwin smirked as he remined Aziel that he didn’t have any kindling for the fire tonight. If they burnt the pages he wouldn’t be able to read anymore, even though they were torn out of the book they were still readable.

Edwin and Zachary gathered up the pages. Aziel pleaded with them. They headed towards the fireplace which wasn’t much of one. They already had a fire going but it was dying out quickly. Just as Edwin was about to throw the first few pages in. The room was struck with an awfully chilling breeze, the fire immediately went out then and there.

Edwin and Zachary both looked back to their brother who was now on his feet. The ground around him covered in ice, his hands, feet and legs look as if they were covered in frost as well. All the candles that had dimly lit the room were now out as well. The ice on the ground crept towards them swiftly, they had no chance to escape. The ice quickly incased there feet were they stood, trapping them.

As soon as their feet were encased, they cried out in pain. The ice was so cold that it was causing them damage. Aziel didn’t know what was going on but he took his chance and ripped the papers out of their hands and gathered the rest up quickly, He grabbed his mother’s extra bag and began to pack. Surely he couldn’t stay here anymore, his brothers would end him.

He took some of his brothers close even though they could barely fit him and he took money from Edwin that he had earned. He shoved everything he needed in the bag and slung it over his shoulder. Then he paused, he ripped off a piece off one of his papers that didn’t contain any information. He then took one of the coals from the fire and wrote a goodbye note to his mother and sister.

He then took off. His power had died down on the run. He didn’t look back. He traveled far and surprisingly stayed alive. When he was 20 he was approached by a strange man, He wore clothes black as night that covered every part of his body so that no skin was shown, he also wore a mask that looked like a bird’s skull, the black hat topped off the outfit. The man was apparently searching for people who could read.

Aziel had stayed in town for a while and had helped people with reading for a bit. He would with every town or village he passed through. The stranger introduced himself as a Plague Doctor. From there one the stranger took Aziel in as his apprentice. He helped fight the plague but when his master suddenly started showing symptoms his master granted him the rank as official plague doctor.

Aziel tried to help his old friend but it seemed to be too late. He took care of the man until he passed. Aziel lived through the plague, but he also seemed to never age after the age of 23. Was it due to his odd powers? He didn’t know. He continued on with his life saving the innocent, well that’s what he thought he was going to do.

A few years later he found himself searching for the answers to his powers. He shouldn’t have. He wandered town after town looking for what might be the cause. Then he stumbled across it. He found his father, his real father.

He found him in a church, well sort of. While searching for a place to camp he overcame the church, it was abandoned but it still stood. The tapestries seemed as if they were describing his life. It seemed very odd. He copied them down in his journal to make sense of them.

Years later he still doesn’t understand that his Father was an angel.

Aziel normally wears the entire outfit of a Plague Doctor. He wears all black leather, leather gloves, leather pants, leather jacket, leather cloak, etc. His mask was made special for him. His mask is white and has blue icy lenses. Most Plague doctors wear a hat, but Aziel decides not to.

His hair is pitch black and kept short. His eyes are an icy color due to his powers. He stands at 6’3 and is quite thin but not to the point where his is skeletal. Even though he was malnourished as a kid it seemed he got passed that in growth.

He normally cares around different medicines and herbs. He always has his bag on his that contains those and different remedies, and even his journal where he takes all his notes.

I was put on this earth for a reason