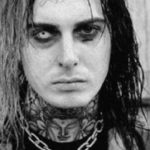 Control over plagues and sicknesses

Currently not in a relationship

Evan Plague one of the six riders of chaos but before we can speak about that we must first talk about how he came to be. Evan was born a bastard his birth father disappeared uppon getting Evan’s mother pregnant. Clause refused to recognize Evan as his son since he did not share his flesh this would lead to Evan growing to loath Clause. As he progressed through his childhood it was made clear that Evan was a strange kid. He never cried or complained never wanted to be around anyone but his mother and also seemed detached from reality. At times he was cruel to anyone who approached him this lead to everyone in the mansion staying away from him. As a teen, he refused to make friends pushing away from anyone who tried to get close to him. It was his eighteenth birthday when he found out what he really was when Clause sent a hitman to kill him but when the hitman looked Evan in the eyes he would bend over in pain and start to puke up blood and his organs as well as withering away. It was then when Evan knew what he was he would flee from his mansion and travel the world killing all that was sent after him throughout the years his appearance would change as more of his powers awaken.

A black hoodie with ripped sleeves

A silver cross attached to a white chain

That I don't care