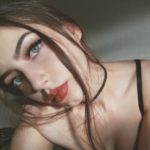 Everest is a with/demon hybrid

She doesn't even know

Everest’s story began in the 1700’s, though even she doesn’t know the exact date. She was born by her mother, Erika Kingston, a mother who never wanted her for the simple fact that she was not the same. Erika had been a witch, the fact remaining unknown to the rest of the town simply for survival, but to see her daughter’s eyes open, awaiting something beautiful, and yet only seeing a dull malicious black, she fell into despair. She knew it had been her past husband, Elijah, that had done such an atrocious thing and mixed her beautiful daughters blood with that of the terrible creatures she despised, but all she had to take her loss out on was her daughter.

The woman tortured her daughter, screaming or harassing her at any waking moment, leaving the girl to seclude herself in her room, or sneak off for days on end, only returning when she had nowhere to go. Slowly as Everest had grown up she gained few friends, one of them being Thomas, her first best friend and the only person to show her any real sort of love. The two acted like siblings, protective of each other, yet always trying to get on the others nerves. Erika had grown annoyed with the relationship, believing Eve unfit of friend for the simple fact that she was half demon, something she could never look past, no matter how much Everest tried to bond with her.

One early dawn though as Eve came back with Thomas, laughing and grinning with one another about their night of play, Erika snapped. The witch had stormed out of the house, the anger radiating off of her instantly making Eve shy away, hiding behind her friend. The woman screamed about how her daughter was unfit to have friends, to be loved, that she was a monster. Thomas had tried to interject, attempting to protect his friend, but the witch had only stared at him quietly before a tiny smirk had tugged at her thin lips. She then began to go on about how this was his fault, on how he had mistreated her monster of a daughter and shown her affection. For moments there had been a dull silence, neither of the three speaking until Erika had taken one cool step forward, gazing at the man in anger before a small flash of green shot through her blue eyes. In seconds Thomas was lying on the floor, his body convulsing while blood flowed from his lips. Eve had just sat in quiet shock, fear and then despair soon running through her as she collapsed at her friends side, taking his head in her life and silently begging it wasn’t true, that she hadn’t been the one to kill him.

The self deprecating thoughts didn’t stop though as she watched her friend slowly and painfully die, his bloodshot eyes glassing over while his now pale body finally stilled. Eve had choked back a sob, it wasn’t her place to try, she had caused his death, she shouldn’t have thought she could be loved. It was a mistake… Erika had long since gone inside, not even speaking a word, nor feeling a shred of remorse for her broken daughter.

Eve had ran away that evening as the sun began to set along the tops of the trees that surrounded her village, having wait till then so that she could leave without drawing any attention. She hadn’t figured her mother would care, the woman seemed to hate her, and it wasn’t like she had anyone else in the village. The place wasn’t safe anyway. So the young woman had wandered, slowly wasting her life away as she ran. She of course knew what she was, what was wrong with her as her mother had reminded her countless of times that she was a disgraced mutt. Even so it surprised her when she never aged and when her scars always faded, something she hated. No normal death could ever kill her, no matter how much she had tried. It wasn’t tell she had reached the age of 78 when she had befriended another person, swearing she was only doing it for a bit of company so she wouldn’t go insane.

The man had slowly managed to break down her walls though, easily becoming her friend as he was old, and knew enough to tell what she was struggling though. He spoke nothing of his suspicions though and simply let her stay with him. He had not been human either, and through that bond grew to be one of her closest friends even today.

Eventually though Eve had left, telling her friend that she needed to be alone, to try to find some sort of purpose to her long somber life. She hadn’t even managed to make it a year before she had been kidnapped, forced into the slavery of a higher demon that treated her just as her mother had, except her had exploited her power for his own malicious desires, forcing her to kill any that stood against him, and effectively helping him rise to a higher power. Throughout it all she hadn’t spoken a word against him, not wanting his wrath turned towards her, so she had simply listened like a mindless drone, just taking it as he tortured her.

The only good thing out of this was that she had harnessed her own powers, learning how to control them while also learning almost all there was to know about her new owner. When the time had finally come a century later that he wanted her to kill innocents, she had snapped on him, instantly refusing, instantly invoking his rage upon her. This time she had fought him, only able to knock him out, but able to gain enough time to escape.

From then on she had made her way back to her only friend, staying with him and making sure to keep him protected with wards and any sort of magic she holds at her disposal. As he is the only one close to her anymore she is extremely protective of him, not mentioning him to others normally, and never letting anyone within a half mile of their home.

Everest holds a sort of natural beauty to her, but overall not glamorous. Her body is healthy, holding curves and a perfect amount of muscle that does not deter from her feminine looking nature and holding herself at the height of 5’10” she has a sort of elegant appeal to her. Bright blue eyes rimmed with long thick lashes tend to give her a look of innocence, though when actually payed attention to they are intense and tactical, seeming to study each movement around her. Playing with her otherwise innocent as natural look freckles dot the pale skin on her cheek bones and nose while her cheeks always seem to hold a tinge of pink.

Eve never seems to carry anything on her.

They are meant to stay secret, correct?

It takes the sadness of life to appreciate the beauty of death.