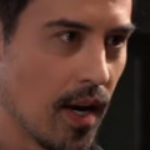 I’m an electrician, programmer, theorist, writer and martial artist. I spend most of my time studying, relaxing and trying to utilize my time in a manner that can produce effective results. I will be roleplaying as my Tok’ra character “Faylin” for the stargatetherpg tabletop game that will be coming out this year. My first experience with stargate was in 97 or 98 where I seen the movie and then later began watching sg1, atlantis and universe. I’m a fan of all those shows.

Faylin is the faithful offspring of Egeria, Queen of the Tok’ra. Faylin is an engineer who is familiar with tok’ra and goa’uld technologies. Thanks to his work on the Phoenix site, with the Tauri he has been able to make advancements in ordienance defensive technologies and re calibrated tok’ra shields to be more capable against tauri weapons.  Faylin is also the creator of a replicator defensive weapon capable of controlling the replicators, causing them to bend to his will.