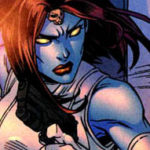 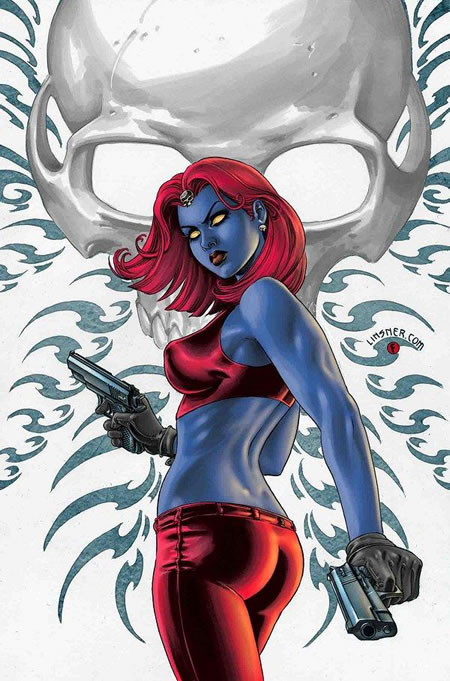 Mutant Abilities: Advanced shape-shifting abilities that allow for major reshaping of the body in appearance and function that is very difficult to detect. Can alter voice to match any tone. Can shift body into animals in a limited capacity. Malleable body also allows for advanced healing from injuries and resistance to nearly all infectious disease. 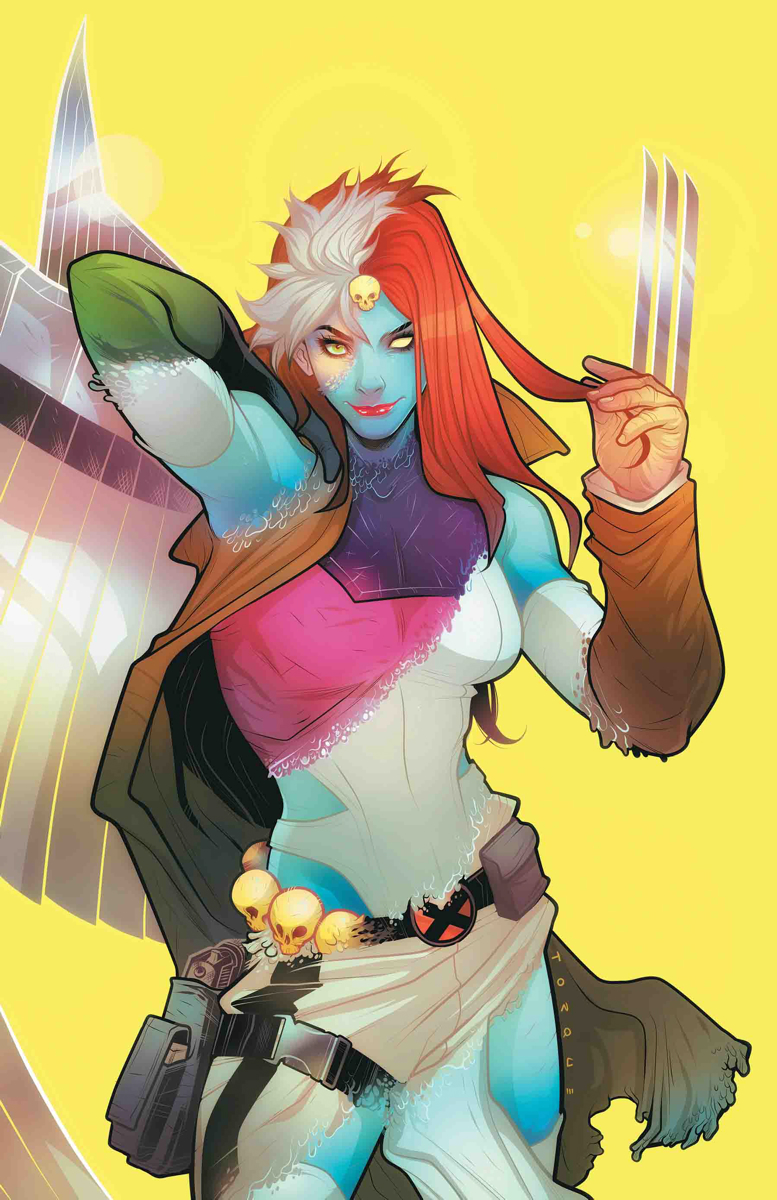 Mystique’s life and personality are steeped in deception. Her character is somewhat disjointed in a ways. She spends so much time impersonating and conning others that she doesn’t have a solid identity to call her own. Since her original blue-skinned appearance is too inhuman, she has to pass for what those around her accept as human in order to survive. This inability to have her own identity drive her anti-social behavior that includes anger, bitterness, and mistrust. By contrast, her ability to easily place herself in the lives of others influences the low value she gives to human life. Sometimes this value is so low she has no problems with killing.
In addition to her anger and bitterness, Mystique’s deceptive personality has also motivated her to seek and cling to whatever limited identity she has. This powerful motivation is what led her to join the Azazel and accept Azazel as her lover. He accepted her true form and not an altered shape. Even when he revealed that he deceived her, she wasn’t bitter enough to push him aside. She found an identity in the Azazel and as a mother. Having children gave her something to cling to and that motivated her to go to such great lengths to protect them.
However, due to her anti-social personality and negative views of humanity, Mystique often crosses lines that push away her children and anyone else she cares about. In her effort to protect, she often alienates because her hatred and bitterness is so strong. Not having an identity of her own torments her and renders her unable to have the kind of humanity that allows her to trust people. She continues living in a world of deception and it has gotten to a point where she knows no other way to live. Therefore, Mystique’s persona remains stubborn and slow to mature.