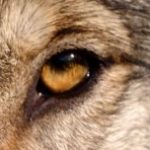 A group of heroes who once belonged to a land called Enothstana. They saved their land from the rule of a destructive king. Leading to Ashe becoming the new queen.

Not long after they saved Enothstana their gods became angry and without warning began the apocalypse. Ashe, obviously fearing for the safety of herself and her friends used her magical abilities to suspend them in time for thousands of years.

Eventually they all were ripped out of their suspended states in what would be known as modern day Ireland. They eventually made their way to America and settled in New York City where they guessed they might not stand out as much.

Personality:  Easily one of the most charismatic of her small group Aldusa has a large personality. She has no problems in flaunting her sexuality and often comes off as promiscuous. She is in away vain and arrogant, but possesses a strict code of morality and justice. Aldusa is truly a warrior and soldier at heart.

Pre-Spell Bio: As one of the best soldiers in the land of Enosthana she was the pawn of the government often used for propaganda and snuffing out rebellions. Though Aldusa would end up leading a rebellion of her own in which she successfully overthrew the government and appointed Ashe the new queen. Soon after their victory Aldusa became Ashe’s royal protector and Enosthana soon faced a new era of destruction from the gods. As the new apocalypse reigned Aldusa was one of the few frozen in time by Ashe.

Modern Bio: After hundreds of years Ashe’s spell crumbled and left Aldusa and four others in the modern world. A side effect of the spell forever froze their bodies in the current age and state they were in at the time making them immortal. It took Aldusa the longest to assimilate into modern culture. Now that she has learned modern customs she blends in well. She now works at Wycliff’s bar.

Transformation: The ability to transform into a hideous hybrid beast.

Enhanced Endurance: The ability to last longer in physically demanding situations than a normal human.

Enhanced Stamina: The ability to last longer in physically demanding situations than a normal human.

Master in Hand to Hand Combat: Deadly with and without weapons.

Personality:  Ashe is the smartest out of her group of companions. She has what most would describe as a cold personality. She has no tolerance for nonsense and often is the one to keep Aldusa and Wycliff on task. Though she has a cold exterior she does care for her friends and educated herself on healing magic for their sake. She is very organized and particular about how things must be done and executed.

Pre-Spell Bio: Before the spell she served as Aldusa’s event coordinator and assistant appointed by the government to keep tabs on her. As a young girl she trained as a mage and became very skilled at her craft mostly in destruction magic. She was the first person to support Aldusa’s rebellion. She fought alongside her and once Aldusa had killed the king she accepted Aldusa’s proposal to become queen. Enosthana was prosperous for the few years to follow until the wrath of the gods descended, and Ashe made the decision to save herself and a few others.

Modern Bio: Ashe was ripped from her place in suspended time to find out that the humans had become the dominate race and had practically wiped out all others. She was able to quickly adjust to human culture. She was the one who kept all suspicion off of herself and her group before they figured out what to do with themselves. She now owns the Florist’s next to Wycliff’s bar along with Dasyra.

Fire Magic: The power to create and use fire for battle and personal purposes.

Ice Magic: The power to create and use ice for battle and personal purposes.

Lightning Magic: The power to create and use electricity/lighting for battle and personal purposes.

Suspension Magic: The power to freeze any animal, object or person in time.

Master in Stealth: The ability to sneak and get past enemies undetected.

Personality: Dasyra is a kind and caring woman. She treats everyone she meets with respect and gentleness. She often goes out of her way to help others and was one of the biggest supports for her friends as the all tried to adjust to the modern human world. She also possesses the same capacity for knowledge as Ashe, but chooses not to use it to her advantage.

Pre-Spell Bio: Dasyra was the princess of the Elves in Enosthana. She made quick friends with Aldusa and Ashe when they were on a visit to Redport after Aldusa helped the blind girl home. Dasyra became Aldusa’s lover and stayed away from the rebellion because of the demands of Aldusa. After the rebellion Ashe put her into a position of high power overseeing the region of Redport. When Ashe requested her presence during the wrath of the gods she had no clue it would be to become suspended in time.

Modern Bio: When Dasyra came to she was the most confused out of all of them, but quickly adjusted to her new world often explaining things to Aldusa and Wycliff. She was the one who suggested she and Ashe buy a flower shop for the sole purpose of blending in more  She has tried to rekindle the romance between herself and Aldusa, who isn’t interested.

Nature Magic: The power to create and control all forms of plant life.

Calming Magic: The power to sooth even the angriest of men.

Proficient in Diplomacy: A skilled diplomat with excellent speaking skills.Skilled With:

Master in Eavesdropping: Listens in on private conversations without anyone knowing.

Personality: Wycliff is a very optimistic person. They are often oblivious to even serious situations and almost never takes anything seriously. Though if they are given a task with an objective it is very easy for them to finish said task. They are charismatic though not as much as Aldusa.

Pre-Spell Bio: Wycliff was the captain of a trade ship/pirate in Enothstana and helped Aldusa escape once her part in the rebellion was figured out. They also offered his support and once the battle begun they stayed back to defend the entrance of the castle to prevent the failure of the rebellion. During the wrath of the gods they remained a trade ship captain, but also transported refugees from Enosthana to other more peaceful lands. Ashe called upon them for assistance and suspended them in time.

Modern Bio: Wycliff was in a haze of confusion when stirred out of their suspended state. It was difficult for them to adjust to human cultures, but eventually did. They were the first one to decide upon what they wanted to do with the rest of their life. Since ship captains were not needed anymore they decided to open a bar and has done fairly well with it.

Transformation: The ability to transform into a dog (Newfoundland).

Proficient in Ship Management: As a ship captain, they have the ability to pilot a ship.

Master in Wood Carving: The ability to carve intricate designs into wood. Useful to make a ship and bar look pretty.

Can Catch Their own Tail.

Personality: Star is a very arrogant and self absorbed person. Most of the things he does are for selfish reasons, but often whines for others to do things for him. He is extremely irresponsible and temperamental. Though if given a good enough reason to he performs duties well, even if incomplete.

Pre-Spell Bio: Before the war Star was the self proclaimed “Prince Of Vampires” he first denied Aldusa any assistance in her rebellion, but once he was promised a position of power he agreed. Star became a crucial part in the death of the king and was given what he was promised without a catch. Star was content with this position, but soon became dissatisfied and went to approach Ashe during the wrath of the gods only to be caught within the range of the suspension magic.

Modern Bio:  Much to the dismay of the other four Star awakened with them. Star quickly found his place in the modern world and despite his selfish nature became a large influence for Transgender rights since it is a subject very personal to him. He currently lives in the basement of Wycliff’s bar and contributes nothing to either one of the businesses.

Hunger: When deprived of blood for an extended period of time it results in a very violent and moody vampire.

Dark Matter Magic: The power to dissolve one’s body into darkness and travel along in silence as long as light does not interrupt.

Light Manipulation: The power to bend light, but not completely divert it.

Proficient in Sneak Attacks: The ability to take out multiple enemies without being detected.

Extra Descriptors: Over 7ft tall, and much more muscular than her FC 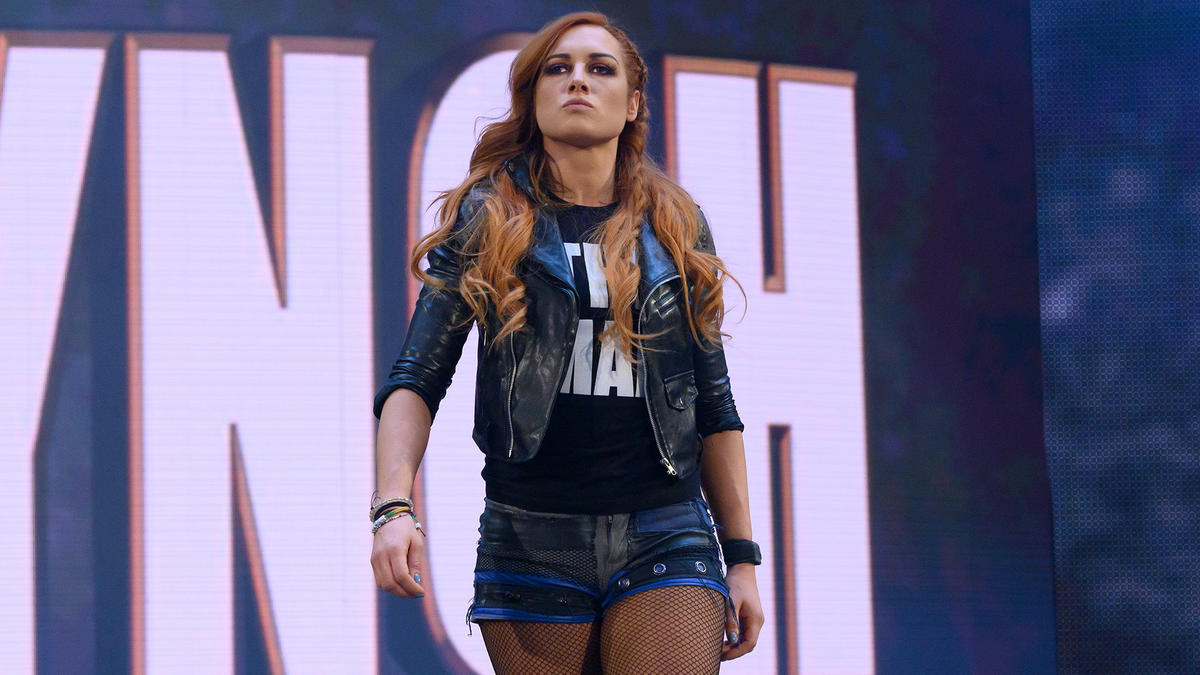 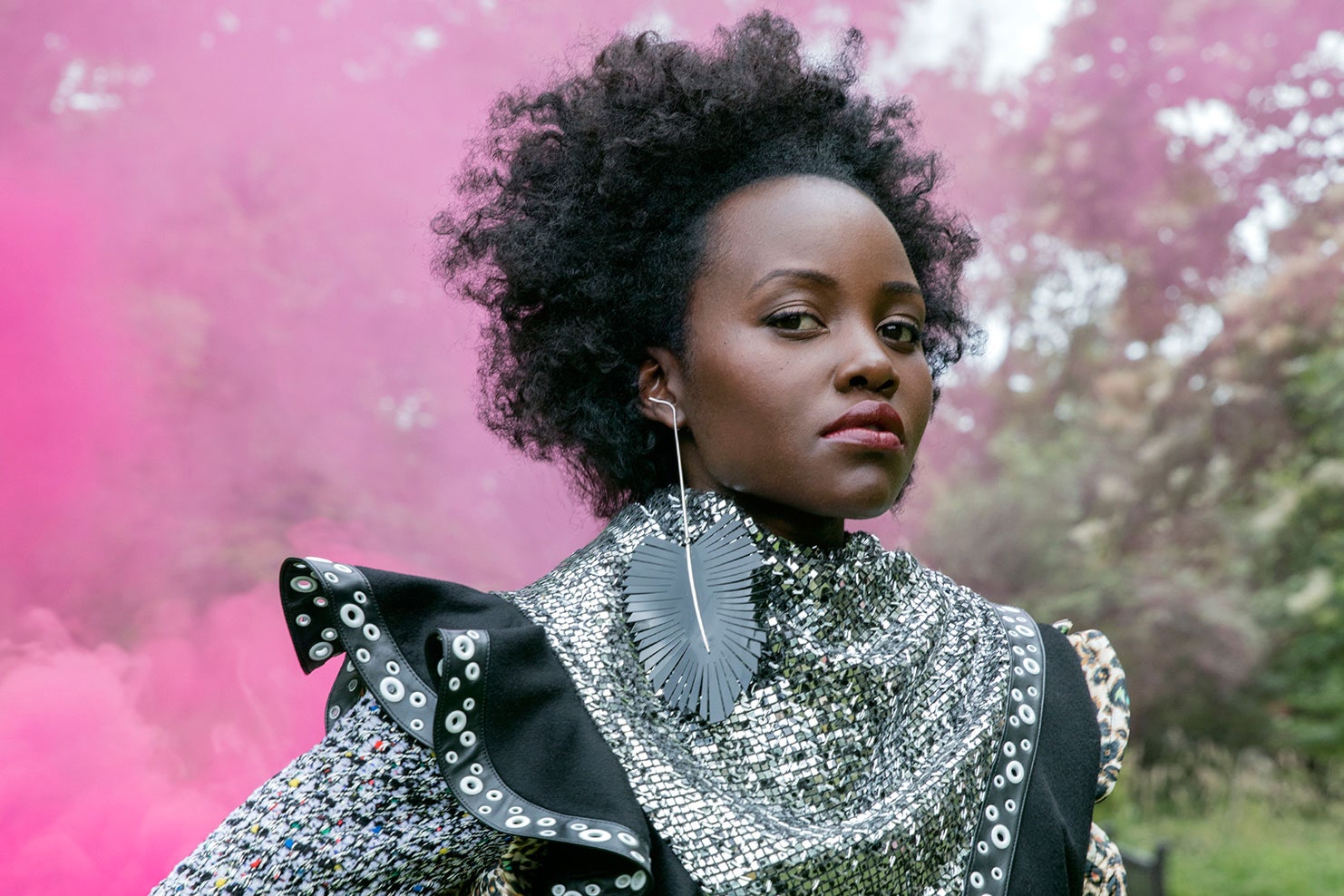 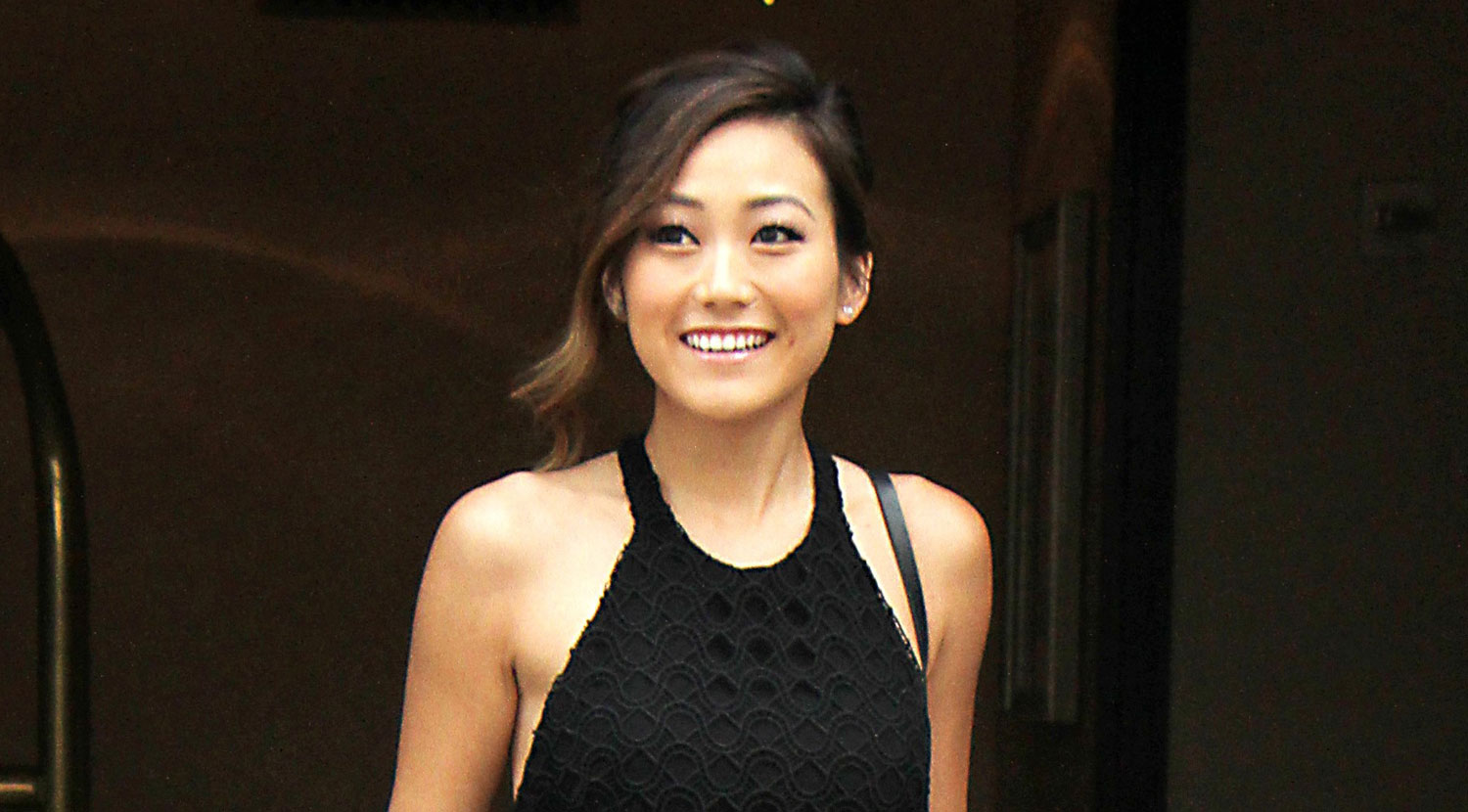 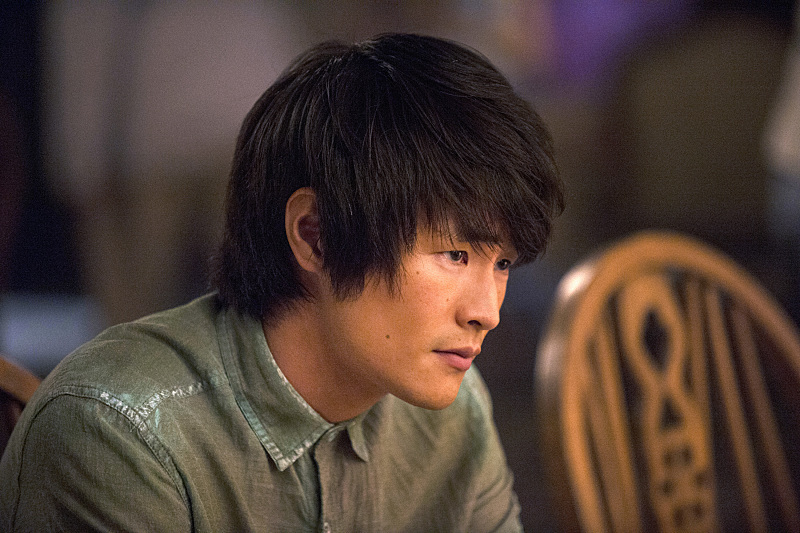 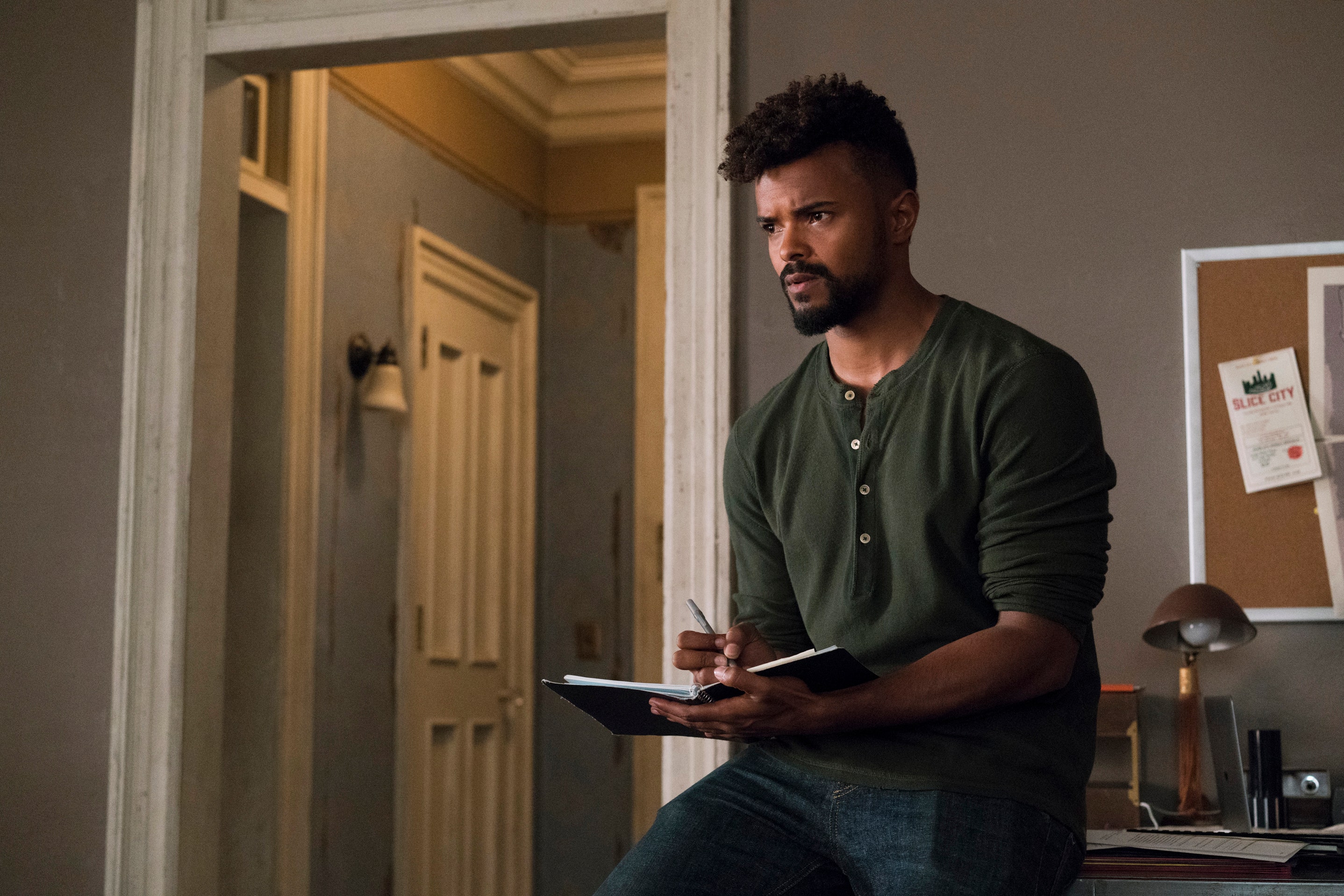