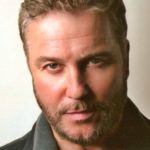 He has spent the last 15 years helping Las Vegas move from #14 to #2 in the US Crime Lab ranking.

Grissom was born on August 17, 1956, in Santa Monica, California. He grew up in Marina Del Rey, California. His mother ran an art gallery in Venice. She went deaf shortly after his birth from ostosclerosis. His father was in the importing/exporting business. He also taught botany at a local college and died when Grissom was nine years old, most likely from heat stroke. His hobbies as a child included ant farming and performing autopsies on roadkill. He says that in high school, he was a “ghost”. He earned a PhD in Biology from UCLA at the age of twenty-two. He was mentored in criminalistics by Dr. Philip Gerard. He also spent time learning in some unorthodox ways, such as observing live blood spatter and bruise formations at boxing matches or financing a body farm with his poker winnings.

Grissom’s dispassionate demeanor and high intellect often work to his advantage in his job and in his personal life.

Grissom is rarely disturbed by the various subcultures with which his job brings him into contact.

Grissom is is the least trigger-happy CSI, rarely drawing his firearm, a tendency that has brought about several scoldings from friend and cop Jim Brass.

He was raised Roman Catholic, but has said, “That guilt’s not a part of my life anymore.” Also when speaking with a priest who heard the confession of a murderer he said “I believe in science, and I believe in God, but I don’t believe in someone telling me how to live my life.” He later tells Sara Sidle that, while he isn’t really a Catholic anymore, he is a sort of “secular Catholic” who infuses his work with more meaning than it might otherwise have. He also continues to believe in God, as he tells her he believes both science and faith are necessary. He keeps his mother’s rosary beads in a box in his office.

His avoidance of job politics (and paperwork) often alienates his superiors (and sometimes his subordinates), and right-hand woman Catherine Willows occasionally has to prod him to perform such menial tasks as employee evaluations.

Gil is prone to migraines when under extreme stress, which he usually addresses by turning the lights down, closing his eyes, and lying down on a couch.

Grissom is a forensic entomologist who earned his degree in biology from UCLA. He has a wide and varied knowledge of insects and entomology, which he applies to his investigations. This has led to his nickname, “The Bug Man”.

Grissom has a more than passing similarity to Sherlock Holmes. Like Holmes, Grissom is dispassionate with a fierce devotion to logic and little regard for societal norms of behavior (Grissom once smashed mustard jars in a grocery store to illustrate a theory; similarly, Holmes once practiced spearing a pig at a market to determine how strong a man would have to be to transfix a man with a harpoon). He possesses a Moriarty-like nemesis, Paul Millander, whom he ultimately defeats by reason of Millander’s death , a woman in whom he has taken an unusual interest, Lady Heather who is a parallel to Irene Adler in her powerful intellect, physical beauty, strong personality, ability to unsettle her opponents, and contextually unconventional lifestyle. Although Grissom does possess a John Watson, like Holmes, his “Watson”, Jim Brass does not play a foil but rather a genuine assistant.

Intellectual and widely-read, Grissom often offers quotes from a variety of literary sources, particularly Shakespeare. He also works ‘advanced’ crossword puzzles and listens to loud classical music and opera in his office, especially when he wants to think. Grissom is an excellent marksman, and has demonstrated exceptional accuracy at the firing range.

Grissom’s mother is deaf; because of this, he knows sign language.

You have to follow the lies until they lead to the truth.