Now if you are going to be putting my character in your “RP” I ask you not to disrespect me in anyway, that means not degrading my character in any way by calling him disrespectful names. ” Like loser, douchebag, faggot. ” Cause that is very rude and disgusting when I clearly having done anything to anyone’s characters to deserve such disrespect. Also it is in the rules that we must respect each other to make it an enjoyable environment for all!  If I see this happening you will be reported am I clear on that.  If I don’t talk about your character like that then you shouldn’t of mine. Thank you – The writer.

This is my Character please do not try to Modify or kill him without my permission Please read the backstory Thank you Also I have a face claim on the character. This Character is Gabriel Belmont Dracul. So no stealing!

Was in a deep sleep to fragment his memories past. Awoken by Alucard. and unimportant memory wiped by Azrael. Memories restored by Alucard and Greymoon. His Light in the Darkness Karlista

Gabriel Belmont, later known as Dracula[1] and Dracul,[2] is a knight from the 11th Century and the main character of the Castlevania: Lords of Shadow saga.
He was originally a member of the Brotherhood of Light, an elite group of holy knights who protected and defended the innocent against supernatural threats, but after defeating the ultimate evil, losing everything he loved on his quest and obtaining immense power from an ancient demon, he became the most powerful vampire in history, known as Dracula, and started a war upon the world and the God he had once served

Early life
Some years ago, a child was found on the door of one of the Brotherhood of Light convents. It is not known who his original parents were though some suspected he was an unwanted bastard from a local wealthy landowner, most likely the Cronqvist family, though this has never been proven.
The order gave the nameless boy the Christian name of one of the blessed archangels, Gabriel, and raised him as one of its own members. The precocious child quickly proved to be extremely talented, developing a mastery of the fighting arts unprecedented in the Brotherhood. However, he was also prone to dark moods and moments of brooding that only his beloved childhood sweetheart, Marie, could pacify.
The two youngsters were made for one another; they grew together and soon started to make promises of their future, promises that were always kept. One idyllic morning, with the blessing of both her family and the Brotherhood, the couple was married.
Gabriel took the surname of Belmont, after his love of mountains and the high places of the World.

Before Lords of Shadow
In 1046, Gabriel was sent by the order to capture a dangerous creature called the Daemon Lord. Injured by the beast, he used his blood and a magical device to lock it away.
While Gabriel was on this mission for the Brotherhood, Marie gave birth to his son named Trevor, but knowing of Gabriel’s eventual descent into darkness, decided to leave the child in the hands of the Brotherhood and to hide the birth from Gabriel.
Sometime after Marie’s death, the heavens were cut off from the earthly plane, thus leading the people to believe that God had abandoned them. The Brotherhood of Light knew otherwise. After receiving a message from the three founders of their order in heaven, the Brotherhood sent Gabriel to contact the dead and ask Marie if she knew of any means to save the world. Taking up the weapon forged by Rinaldo Gandolfi for him, the first and greatest Combat Cross that would later be known as the Vampire Killer and an amulet connected to the old gods, Gabriel begins his journey.
He met an old god, Pan, who allowed him to communicate with Marie who, throughout his journey, aided Gabriel in times of peril. Next, he met a supposed comrade of the order, Zobek, who instructed Gabriel to destroy the Lords of Shadow, the rulers of the demonic forces now driving mankind into extinction. Both Pan and Zobek desired an end to their tyrannical rule, but for very different reasons.
His first great test came when he met Claudia, an innocent young psychic and her enchanted guardian, the Black Knight Golem, who briefly aided him in his journey. However, when they stopped to camp, Gabriel dreamed that he stabbed Claudia in the night, only to wake and discover her dead body, indicating that it was not a dream. Finding Claudia dead, the Black Knight became enraged with grief and attacked Gabriel, forcing him to destroy it in self-defense. This act granted Gabriel the Knight’s enchanted Dark Gauntlet, allowing him to launch flame-based attacks as well as fight back mystical attacks from enemies.
The first Lord of Shadow he faced was Cornell, who revealed that the Brotherhood of Light was founded by three divinely empowered saints who led God’s army. In doing so they were rewarded with monumental bounties, transcending human parameters and becoming divine beings in Heaven whose power was second only to God’s, but at the cost of discarding all chaotic elements within themselves. The result of this transformation was that the leftover bodies of each of the three lords in Heaven now arose as their demonic counterparts on Earth, and thus the Lords of Shadow were born. This creates a poetic irony since the Lords of Shadow were the ones who created the very demons now driving mankind to extinction. This revelation caused Gabriel to begin to lose faith in the Order. Killing Cornell granted him the Lord of the Lycans’ Cyclone Boots, which granted him the speed of a beast.

Dracula found himself awakening in his old castle in the approximate year of 2057 with no memory of the pact he made with Alucard, nor how he came to lie in a centuries-long slumber. As Alucard had predicted, Zobek sensed Dracula’s awakening and came to him, informing him that Satan’s return to the earthly realm was not far off. His “old friend” urges Gabriel to prevent the resurrection. Gabriel attacks Zobek, who effortlessly throws him out a window, and reveals that making a deal with Zobek is Gabriel’s only chance to be freed from his immortality. Dracula disappears at the end of the conversation, transforming into a flock of bats and returning to the cathedral.

So he left the castle and explored to a Dragon temple where he met Karlista, he became her personal guardian. When she married Emil who was a darker creature then Gabriel, Emil got too drunk on his wedding night and fell asleep. Karlista worried about Emil’s council finding out that they did not consummate the marriage she went to Gabriel and they made love. After that their love grew as with their daughter within her. Emil grew jealous of Gabriel’s closeness to his wife that after He took Karlista from him by murdering her and shattering Gabriel’s memories.  He protected Cassila as she grew up.

Has a second chance from the gods to be with his heart’s true love, Karlista, and engaged to her. 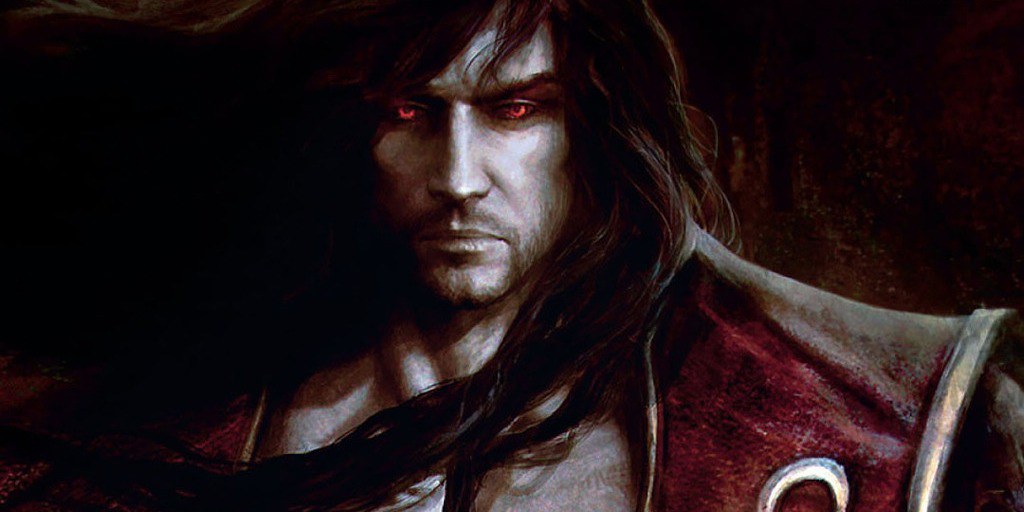 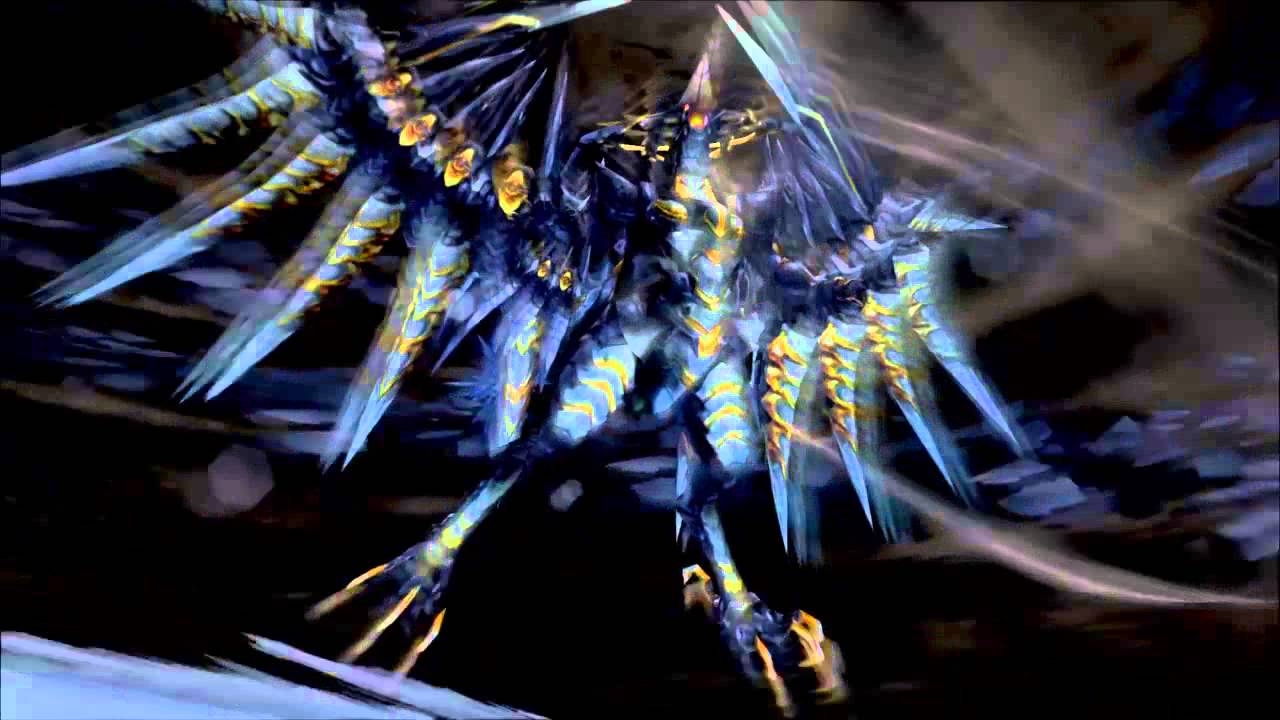 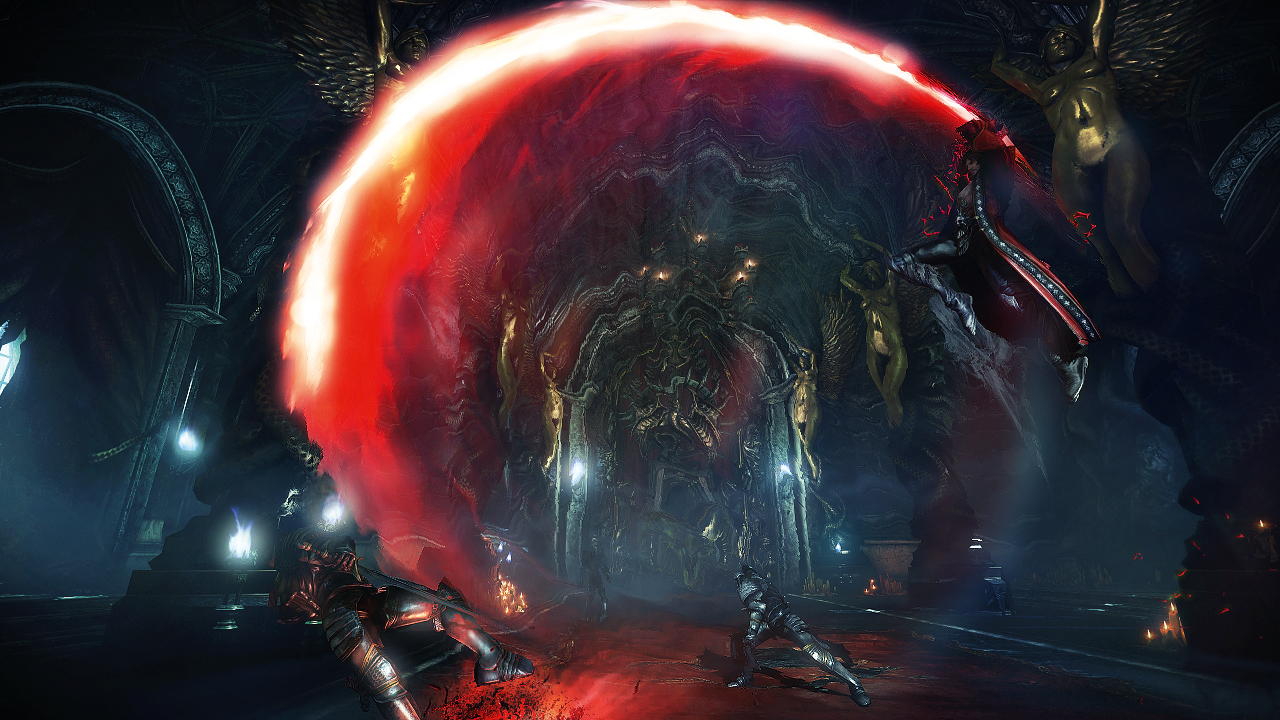 All shall come to fear me