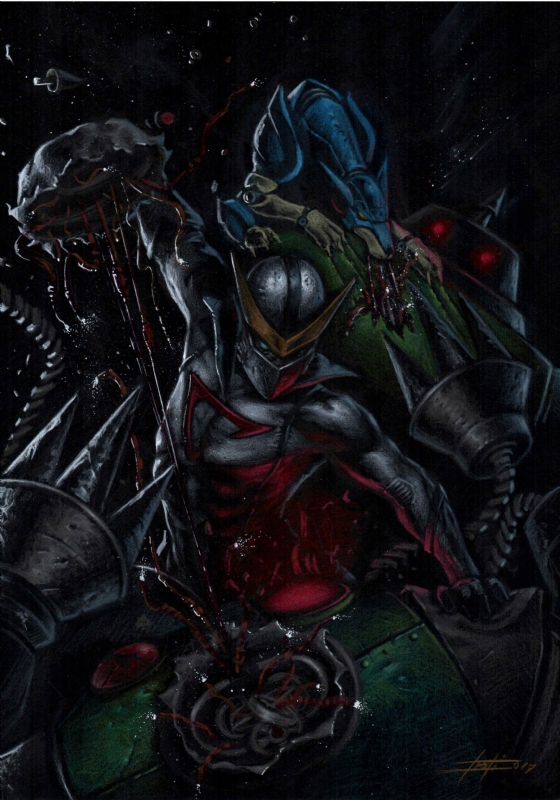 Dislikes: Things getting in his way.

Gato is a human who considers himself a superhero.  He was born with a specific ability.

He and his life are shaped by this ability. Every decision he makes comes back to this ability that he lives with.

The power has two sides: The heavenly/benevolent/enlightened side, and the dark/bestial/”devolved” side.

The amount of power that Gato possesses at one time is entirely scaled with how much he “delve” into that side. The more he goes towards that side at one time, the more his body will physically change, and the more that his personality will change.

Benevolent: The further Gato delves into this side of the power, the more control on his environment he will attain through energy-based abilities. Psychic abilities, telepathy, gravity manipulation etc. Anything that someone with fantasy powers could think of, scaled by how far he climbs into this side. With access to this, his body will physically weaken, while his intelligence and their spiritual awareness will skyrocket. Senses in general will grow weaker for this transformation; however, mysticism and energy manipulation can circumvent some of these issues at higher levels.

Bestial: The further Gato delves into this side of the power, the more control on this environment he will attain through physical-based abilities. Physical abilities, heightened senses, heightened strength, higher speed, anything that one could imagine something can do physically will be enhanced scaled by how far he falls into this side. In going into the realm of the beast, the Gato will be able to apply abilities of beasts and adapt to almost any environment rather quickly. Gaining body parts, and changing his form in order to fit the environment; however, skin may be ripped because of these transformations, though will be quickly regenerated. He can regenerate tissue, and take a hell of a beating. With access to this, his body will physically strengthen, while his intelligence and spiritual awareness will plummet. Senses in general will grow stronger with this transformation.

The more that the Gato uses one side of the coin, the more that his personality when not using these abilities will change. Proper use of this power requires the ability to balance both sides, for if you look too far into the light or the dark, one may fall and lose themselves within it. 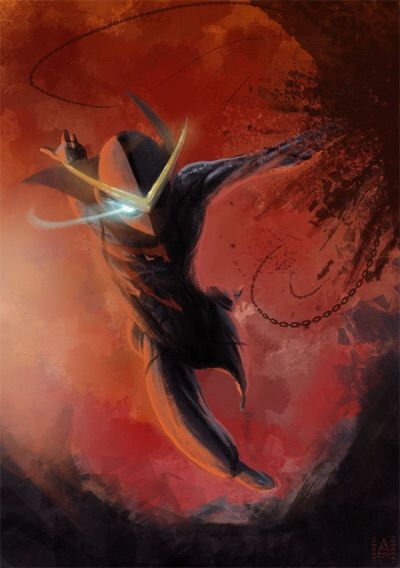 Gato’s time is spent fighting those who he considers “villains”. This could be someone who’s done something bad around him once, or could be someone that he’s stalked from reading the newspaper, or other various media. Gato does not go to these people in order to seek justice; he goes to them in order to relieve himself of the tension that the bestial side brings him. The killings of these individuals are always gruesome. Bodies ending up completely unrecognizable after he’s finished with them. He doesn’t limit to a single species, either. He’ll let out his rage on anything that he sees as “evil”.

Gato’s clothing is not clothing. It is an exoskeleton that he’s formed through the use of his bestial side. He keeps this exoskeleton on in order to protect himself while not in his bestial state, and in order to hide his identity. He can morph this exoskeleton rather easily. Without delving too far into that side. The mask and superhero getup allows him to think of himself as outside of humanity and himself, at least for a moment, so he can do these things without remorse. The exoskeleton also serves as a way for him to make the public believe he is acting in their favor, as he resembles somewhat what a superhero would look like.

Gato has a certain distaste for biological life, despite being a part of it. This distaste has left him uncaring to most people, and generally, just not a very nice person. He won’t go out of his way to bother you, but he isn’t very nice either. Despite all that’s been said, he will not kill a person on minor things. Imperfections, in his eyes, are completely inevitable in people and they’re more of an irritation than something to kill about. It takes a large act in order to make him kill a person. He sees the general public as sheep, all doing the same thing and acting the same way with very minor differences.  Due to the nature of his power, his personality can fluctuate and change, but it generally revolves around the principle of having a distaste of anything living from the get-go. This distaste is what allows him to so easily kill if someone does a bad act. He’s still human. Just a human with a skewed vision.