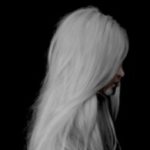 Elizabeth was born in London, England during the 1880’s into high nobility. Her father was a demon and her mother was a witch. Of course, no one around them besides themselves knew this.

When Elizabeth turned 8, word had gotten around that there wasn’t something quite right about her family. Her father took it as a personal challenge.

Elizabeth waited for her parents to come for her and tell her everything was alright, but they never came. Elizabeth was too scared to go back to her house to see what was happening, so she started in the other direction, hoping to find someone help her.

A couple of years pass, and Elizabeth is now 18. Over the years, she had became a street-rat and a prostitute. She hated this life, but it was all she could do. Eventually, she had enough and  committed suicide a week before her 19th birthday.

Unfortunately, since demon was in her lineage, she was unable to escape the world she hated.

She has, since then, stayed in England, hoping to one-day face her death.

( I am not yet finished with her story, I am sorry if her story seems a bit incomplete.)

Elizabeth has silver hair and deep, purple eyes. She is a bit short for an 18 year old. She has very pale skin. Since she was born in the 1800’s, she has fairly good grammer.

At first, she comes off as a bit cold-hearted, but if she allows you to get close to her, you’ll find that she is a very nice, and delicate girl. She has a tendency to lie to people she doesn’t know, so that they can’t use her information against her. From time to time, Elizabeth will act like a brat, refering back to when she was a small child.

She has a few mental disorders, including- childhood trauma, depression, schizophrenia, and paranoia.

(I am sorry if her personality seems incomplete, Elizabeth is an unfinished character.)

You can do anything for the one you love the most, but they will eventually leave you.