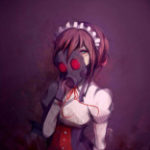 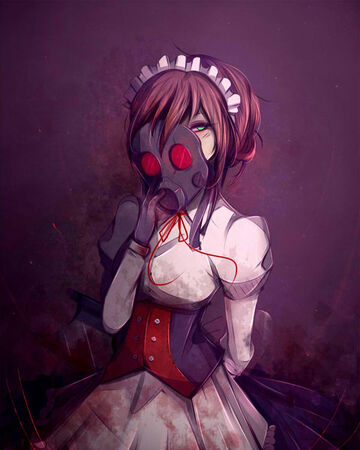 Princess (By her best friend Artyom)Lady

Tyler ( her son is a Cerberus wolf, alive)

A maid of sorts..

Mary was born in London and grew up in a wealthy family. When Mary was 4 years old, her parents died in an accident, and her grandfather had to take care of her and loved her, as his own daughter. After 6 years she suffered from pneumonia, so much so she wanted to commit suicide, but her grandfather stopped her and begged her to live on.

After the funeral of her grandfathers’ death, 17-year-old Mary went to live in California with her uncle and her cousin Vlad, when she lived there she worked as a maid, but her uncle’s wife did not like this and would secretly threaten Mary if she interfered with her along with her uncle’s wife. When she did, her uncle’s wife would beat her back with a belt, but Mary tolerated the beatings and said nothing to anyone so no one would worry.

After her 18-year birthday, Mary noticed that her cousin Vlad was behaving strangely, and decided to enter his room to help him. But, Vlad is not alone and Vlad’s friends grab her. After the rape, Mary became broken and she killed Vlad and his friends, then her uncle’s wife (Mary found out that this woman had poisoned her uncle for money) and then her best friend Kara and her fiancé (They visit to see Mary). After the murder, Mary consumed all the jars of sleeping pills they had and fell asleep in her room, thinking that she was dying. But later she had woken up in the morgue, fled the city and met Slenderman

Mary is a calm, smart, hard-working and unsociable girl. When she became a Proxy and servant of Slenderman, she became docile and useful, as a maid, and performs tasks for him. But she has a lack of fear and is not scared by others. However, she is soft and gentle to children when she has to take care of them. When she wants to kill someone or someone attacks her, she becomes serious, cold-blooded and ruthless, like a yangire[2].

Abilities
She communicates perfectly with cold weapons.
She is fast, so she throws knives, like a knife thrower.
She is agile, so she easily dodges from any punches and fists.
She is very attentive, so she knows perfectly well where the victim is hiding.

Weaknesses
She has pneumonia (This made her cough up blood, difficulty breathing, pain in the chest and weakness.)
Hitting a wall or tree (She may lose consciousness after hitting.)
Falling in water (She can drown after hitting the waves or falling

Oh in nothing really..