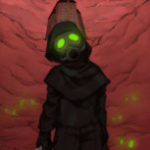 “be careful not to disturb the ghost people..or you’ll never be seen again”

Ghost people of the Sierra Madre casino and resort..

Background
Ghost people are mutated humans changed forever by the Cloud, a combination of corrosive rust-like toxins unique to the Sierra Madre. A green vapor that seems to be a by-product of the Cloud escapes and is reabsorbed continuously from their hazmat suits by means of aeration on their thighs, elbows and face mask, indicating that their mutation originates from permanent exposure to the Cloud. They are the only ones able to walk in and out of the Cloud unharmed.

The ghost people originate from construction workers that worked on the Sierra Madre Villa before the War. During construction, a strange gas that would evolve into the Cloud began leaking from the pipes and hospitalized a worker with severe lung and tissue damage; further progress was called off until protective gear could be issued.[1] Hazmat suits designed specially in Big MT arrived to protect against the noxious gas. Incidentally, the gas leak itself was also created at Big MT, and with the hazmat suits being an “experiment within an experiment.”[2] The hazmat suits were bulky, nearly impossible to speak through and grew stiff with use. The locking mechanisms would quickly corrode when in contact with the Cloud, to the point where the hazmat suit had to be cut open with a cosmic knife, yet the suits still didn’t provide proper protection from the poisonous gas cloud.[3][4]

Ghost people are similar to feral ghouls in several aspects. Dismembering them reveals bright, glowing blood, akin to that of a glowing one and they also shriek before attacking. However, they seem to be a different mutated evolution and not simply a feral ghoul or glowing one in appearance, as their ability to use and construct weapons is still intact. Virtual immortality and death only with limb amputation is also a mutation very specific to them.

The moniker “ghost people” can also be ascribed to the ghostly manner in which they inhabit the ruins; their manner, movements and general presence are seemingly much akin to a malignant haunting to any who have survived and fled attempts to breach the Sierra Madre. Dean Domino questions whether being “alive” applies to the ghost people, and claims there are hordes and hordes of ghost people living under the Sierra Madre’s streets, comparing it to a hornet’s nest. It is not clear why the ghost people drag their victims off into the Cloud. Whether to consume, torture or convert them into something like themselves nobody knows or has survived to tell the tale.

Ghost people are mysterious creatures; they do not speak, and they never sleep. They seemingly exist only to lurk through the villa ruins, forever seeking prey. If they have a lair at all, it is unclear where: according to Dean Domino, they collect anywhere in the Sierra Madre away from holograms;[8] the underground service routes and ruined buildings of the Sierra Madre Villa are prime habitats for them.[9] Their most common hunting grounds are Salida and Puesta del Sol, especially in areas thick with the Cloud.[10]

The centuries-old stiffening hazmat suits and Cloud-related malady force them to shamble like undead creatures. Despite this, they are in fact quite agile when necessary, often lunging and dashing at high speed. The ghost people are incredibly territorial (and equally hostile) and oust any intruder in the Sierra Madre. Their primitive minds still form some semblance of group tactics; they hunt their prey similarly to a pack of wolves. They band together in groups of two to three and hide in the refuges of shadow and Cloud, striking relentlessly when prey wanders too close.

Ghost people enjoy apparent immortality, but possess a unique mutation whereby they only die if one of their limbs is dismembered.[11] Blood and yellow fluid spray at high pressures when they are injured, which Dog explains as them having pockets of pressurized gas inside them 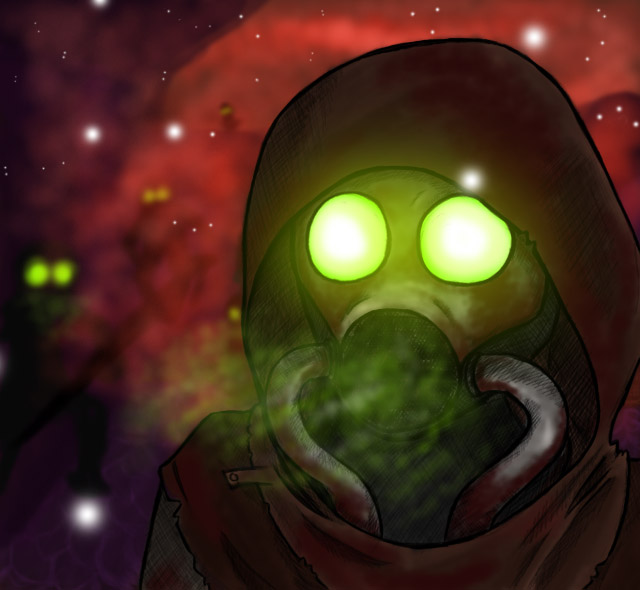 In killing and hunting people..