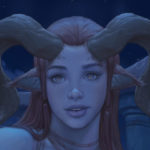 The Giants were fearsome, strong, and mightier than most men. They feasted on the meat and bones of everything smaller than them, and as they walked the world, all the small things knew terror.

But what they didn’t do much was breed. And men soon passed them by in number, enough that when the wars started, giants began to fall much more quickly than they could be replaced.

And so peace was found when the giants decided to leave. They left for the clouds and the sea, the mountain caves, and lands too far for men to reach. 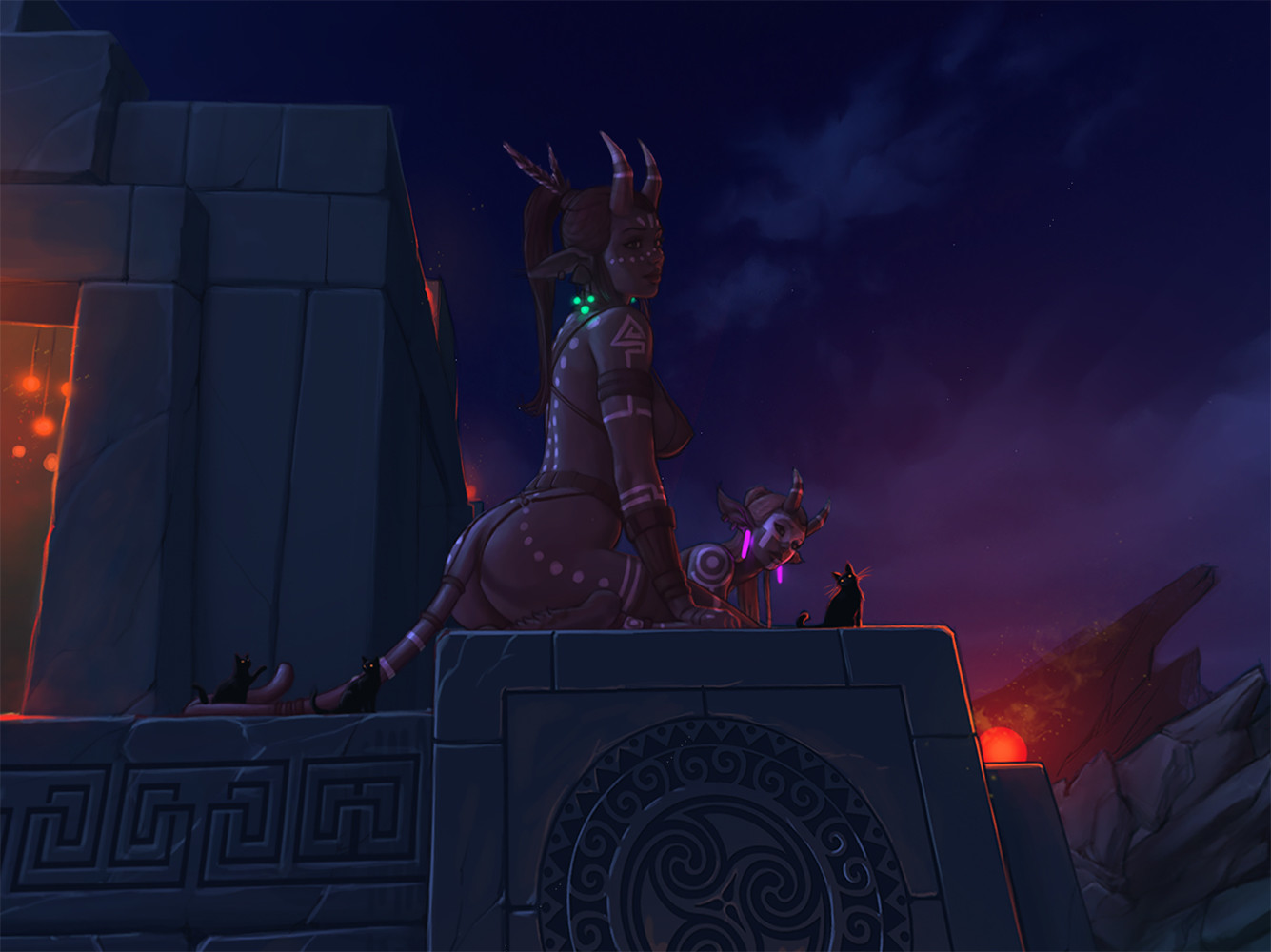 But it has been a long time. Maybe they can come back?

But proportionate. Not a lot of clothing, since nothing would fit her. She has long, pointed ears that are lightly furred, two long horns that curl up from her forehead, and a long, skinny, hairless tail. 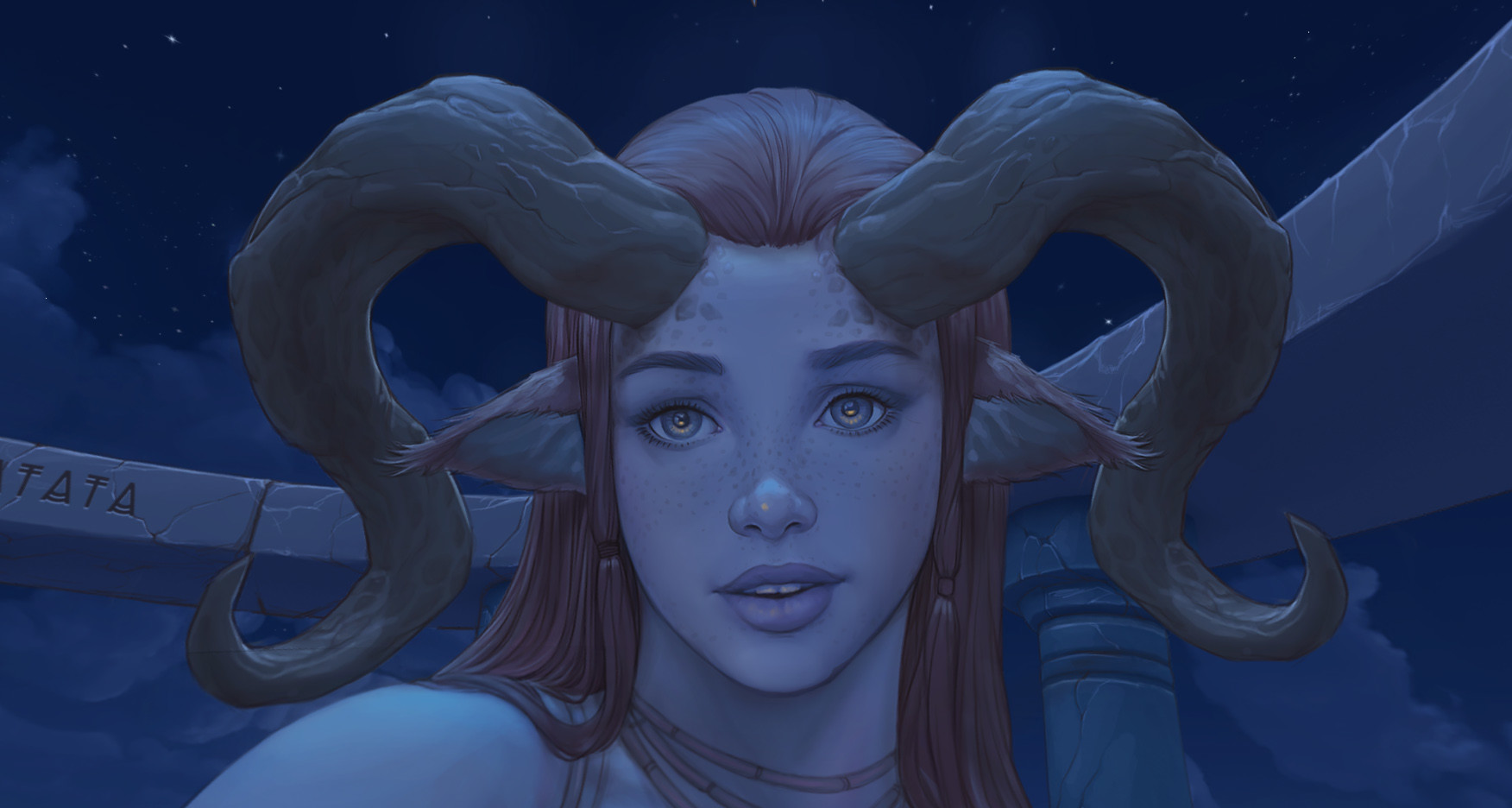