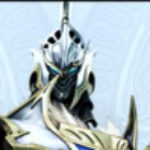 Titans Aren’t dead little ones. We just sleep and wake up again.

I am The last surviving full Blooded male Titan and emperor of the Hidden empire.

Before Greg was born. the first village leader of his home town made a pack with Gaia. Stating that if she gave him and his people in his village strong enough to stop any monster or army than all if his childern and direct desendance who be hers. Gaia accepted this deal and branded the Leader along with his people were given the strength of a Gaian.

At first the Cheif and the people were thankfull, However over time the leader became arrogant and fearfull that Gaia would take his childern away. So he hid them from her and made a law that the worship of Gaia was outlawed.

Gaia did not take kindly to this as she had placed a birth mark on the leader’s childern and his direct desendances. Many year passed untill one day on the day of Greg birth His village was attack by a rock like monster. The villagers fought bravely but were slaughtered. During this time Gaia took Greg and made him a specail heartstone that was made from the living tissue of the fire and water titan as well as her own blood energy to seall it together while putting it inside of him. “Blessed by a woman and by a woman shall you fall.” She said to him as he cried then felt asleep in her arms.  When he rolled over he showed her the mark letting her know she was his. From then on she raised for he was her child.

He roams the realms fighting, helping, and doing good deed. While also bringing terror to those who seen the metal wolf.

I am the last full blooded male titan and son of Gaia. My empire and home is in the hidden empire. I do not wish for war, I wish for peace, trust, and understand, but if any empire or creature thinks that they are going to just march in our world and start firing like they own us. Will find out very quickly how foolish and dangerous that type of thinking really is.

My fleet is known as the Black Cross Templars. They are peaceful and wish not to fight, but if they have too, it won’t be pretty.

In my human form. I am 6’5″, face of a young surfer boy with glowing blue eyes, short blonde hair, and a body built like a pro wrestler. I wear black jeans, a dark blue callored shirt, and black leather military style boots. I do wear my wolf armors too.

In my Normal form: I am 16ft tall and i am covered from head to toe in my royal Grade titan armor. Its colored white with a royal blue color on my chest. My armor has no seems or connecting lines because, I made it that way.

My titan form level 1. : I grow up to 300 feet tall I wear the same armor as my normal form, however it is much stronger as my gaian energy tends to spark on it as it moves around my body. Shooting me with any metal objects would be pointless at this point and nukes would just piss me off. When I am in this form i usual wind up in Asgard and wrestle frost and fire giants for fun.

Titan for level 2: 3,000ft tall. my armor give off a divine level of light. Whatever planet I am on starts to shake in response the near overwelming energy flowing in an out of my body.  My powers of all metals and some energies increases also. Basically if I am in this form. I am not in the best of modes.

Titan Awaken form level one.  I grow to the same height as (Transformers G1 Unicron). In this form Cosmic energies as well as light and Gravity have little effect. My cloak is removed to reveal folded bright glowing blue angelic like wings that are made from the energies of my heartstone combined with my will.

Only once have I been in this form and I can’t hold it after a period of time.

Titan Awaken form level 2: Same as level one only wings are explanned. Gravity, solar, cosmic, and energies contained within the galaxy that I am in at the time come under my control for a period of time. Only during the battle with Unicron (transformers G1) did I use this form to fight. Beacause of the desvastation this form causes to solar systems, I wont use it much.

Gaian Physicall enchanements: Do to my Gaian blood and titan heart stone. My strength, speed, sight, hearing, adility, speed, and resistence to heat and cold are far greater than that of a human.

Gaian Beast Tongue: Thanks to my gaian blood,  I am able to speak to and understand what mythical beasts are saying in their natural tongue.

Metalic Wisdom: Due to me being a metalic titan. I have an enherit understandong of how the elemant of metal works down to the atomic structure. This also aids me in my work with metals.

COSMIC MANIPULATION:  (Awaken forms one and two)  I can create, shape and manipulate Cosmic energies to produce nearly any effects I desire, including the molecular restructuring and transmutation of matter, the manipulation of matter across space and time, the creation of force fields, the creation of inter-dimensional portals and vortices, telekinesis, and cosmic awareness.

This is possible due to the powers I gained from defeating both Cybertrons Gods Unicron and Primus. In the process of gaining their powers the cosmic egg that was within me at the time split open to fill every fiber of my body with it’s power. I nearly died, but thanks to Gaia, and some others. I survived and was forever changed.

Fundamental Force Manipulation: ( Awaken forms One and two)  Due to the cosmic egg splitting within my body and my surviving it I gained both the knowledge and ability to manipulate the Four interactive forces of Strong force, Weak Force, Electromagnetism and Gravity all in one.

Basically In my awaken forms I have a greater understanding and control of the four fundamental forces of the universe. Reaching nearly any effect I desire. As a result, I can rearrange matter to create other configurations and can even transmute elements and manipulate space-time to a degree by using gravity to distort them.

METAL Manipulation: (All forms) Due to my titan blood energy I am able to create, shape, and manipulate METAL, a solid material ( an element, compound, or alloy) that is typically hard, shiny, and features good electrical and Thermal conductivity. Metals are generally malleable- they can be hammered or pressed permanently out of shape without breaking or cracking-as well as fusible (able to be fused or melted) and ductile (able to be drawn out into a thin wire).

METAL ABSORPTION: The ability to absorb metal, while removing it from the source, into my body and use it in various ways,  This ability gives me advantage in various ways, It also increases the knowledge and understanding of any new metal I come across while enhancing my own body to gain Immunity  over time to it’s effects should the same type of metal be used against me in battle.

Ferrokinetic REGENERATION: ( ALL FORMS EXCEPT MY HUMAN ONE) In combination to Metal absorption, I am able to regenerate my armor and awaken body by using  metal.

CELESTIAL COMBAT: (Awaken forms One and Two) During my battle with Both Primus and Unicron. I gain the knowledge and the ability to utilize various celestial bodies/ objects such as planets, Galaxies, black holes, and stars, with their physical combat, grant me both vast power and flexibility to use them in combat until they are either destoried or my hold on them is released.

Expect the unexpected. You will live longer in battle that way