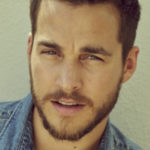 Education: School is a hobby, a place to find women at their prime, before knowledge is lost in the outside world and where they’re most vulnerable. Kai has studied almost every path or branch of education that one can, though his focuses are on microbiology and physics.

– Has marked his territory with Tsillah. Also married the beautiful blueberry

– Protects and is married to Kenzie. Has two children with.

– Has married Grace and earned a child out of their union.

[FS] The Greek and Roman Pantheon

(There are dozens more)

Kai is a charmingly unstable newcomer with the unsettling ability to seem normal as the situation demands. He can be both playful and obsessive with a mix of adolescent angst, likely stemming from the fact that he was referred to as an “abomination” by his blood line due to his unique magical ability, partly the reason he was sent away to die on a battlefield like his father.

He is shown to be something of a psychopath with little regards to the emotions of others. This is demonstrated throughout his history as he kills four incarnations of his mother’s doppelganger with no remorse, for no apparent reason other than he was angry with her for a feud brought about with her brother, the reason he, himself, is a vampire hybrid. On several occasions, he has also called his mother ungrateful for fighting back during her murders.

Furthermore, while killing his much younger mother with her own magic, he commented that the irony is funny, or sad, and that he gets those emotions confused, further demonstrating his lack of ability to feel remorse. He is undoubtedly happy with who he is, though shows a hatred toward his father that is so overbearing that he can’t control his anger when he’s brought up.

He is a creature of his own vices, often choosing liquor, blood, sex, and games over positive adult reinforcement. He likes to take his time, to get into his victim’s mind, their life, to sneak into the impossible realm of their inner emotions before he finally lets on about his true nature.

He believes that despite the ability to change, he is incapable of it and even if he was, no one would accept it and he would be hunted regardless of his desire to turn over a new leaf.

He only has one or two individuals in his life that mean anything to him. One, the daughter of one of his ‘mother’s bloodlines who he’s taken an interest in and the uncle, Judah, that turned him into the hybrid he is upon the battlefields of old. You definitely don’t want to fuck with his toys.