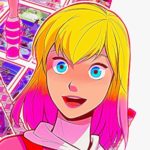 the Pink Champion, the Rosy Avenger

Single Pringle at the bottom of the can 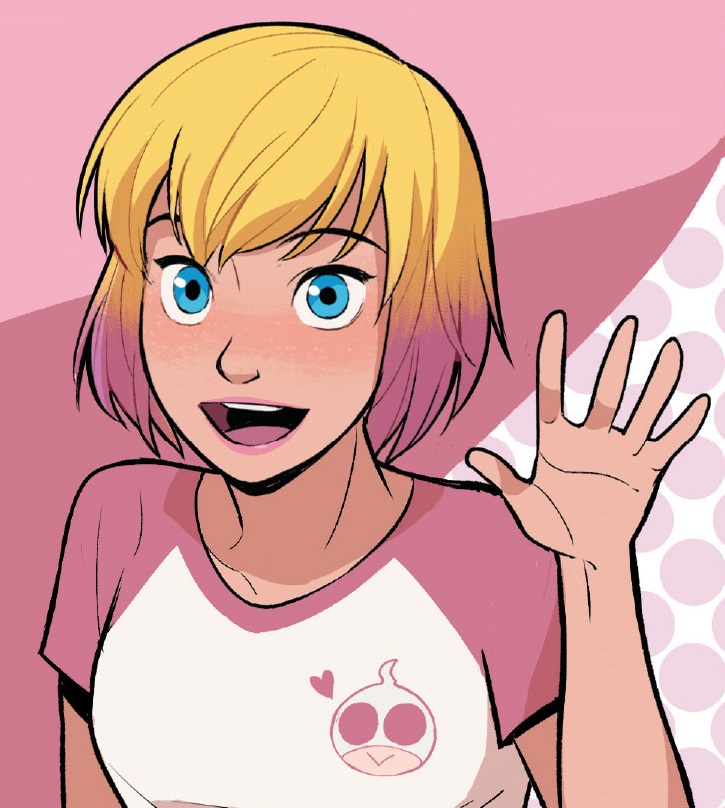 Gwen was just a girl who lived in a world where all that nerdy shit was just a fantasy. She was a loser, a high school dropout, a person who wasn’t going anywhere…

And then she ended up in Hellifyno, right in the middle of a war against Augustus Giovanni! Gwen volunteered for blowing up a factory at the request of Meinolf Krieger, only for him to be killed in front of her, but with his strange sword known as the Vorpal Blade called out for her… Later, Gwen went on a quest that restored reality and started her on the path to becoming a champion.

Afterward, she linked up with Randall Wayne, leader of Militaires Sans Frontieries (M.S.F.), who began training her to become a badass mercenary. Gwen also met the Scion, Anthem Kishimoto, helped her several times with a crisis involving powerful Class Cards that summoned legendary and deadly figures, but were draining the world’s energies, and started training in martial arts with her as well.

But when the Ruler class card appeared in the form of Lelouch vi Brittania, Anthem was captured and brainwashed into serving him as he aimed to subjugate all of Hellifyno under his empire. Gwen and the many other heroes of Hellifyno fought back, and she landed the killing blow on Lelouch and further cemented her role as a true champion.

Even though Anthem later fell fighting a threat on her own, Gwen is still dedicated to being both the best mercenary and the best champion she can be.

Or she was. She left recently to take up the life of a chinchilla farmer. 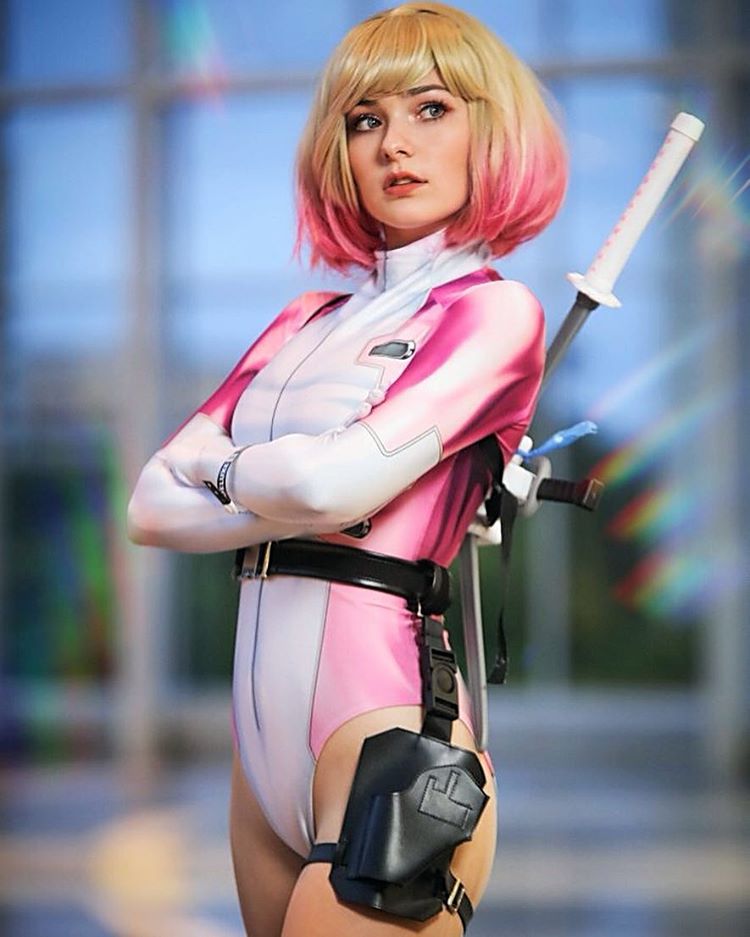 Gwen is a pretty normal girl. White, blonde with the ends of her hair dyed pink because she wanted to stand out and be different,  some big blue eyes, with a slim but nice body that is just normal not-unhealthy-but-still-out-of-shape squishy, with the very beginnings of muscle definition starting to show from all of her recent training and exercise. She’s not very tall, at 5′ 4″, and doesn’t weigh that much given her diet of only maybe one mean consisting of junk food every day.

Mercenary Training – After being recruited and hired by Randall Wayne to his mercenary group, M.S.F., Gwen’s been training for months to make herself more proficient in the use of firearms, close-quarters-combat, and more, to make herself a more effective soldier.

Martial Arts Training – It didn’t take long after meeting Anthem Kishimoto for Gwen to form a friendship as well as a mentor-student relationship, which culminated in her taking the first steps to learn and adopt how to fight, train, and follow a code similar to the Scion of Hellifyno. 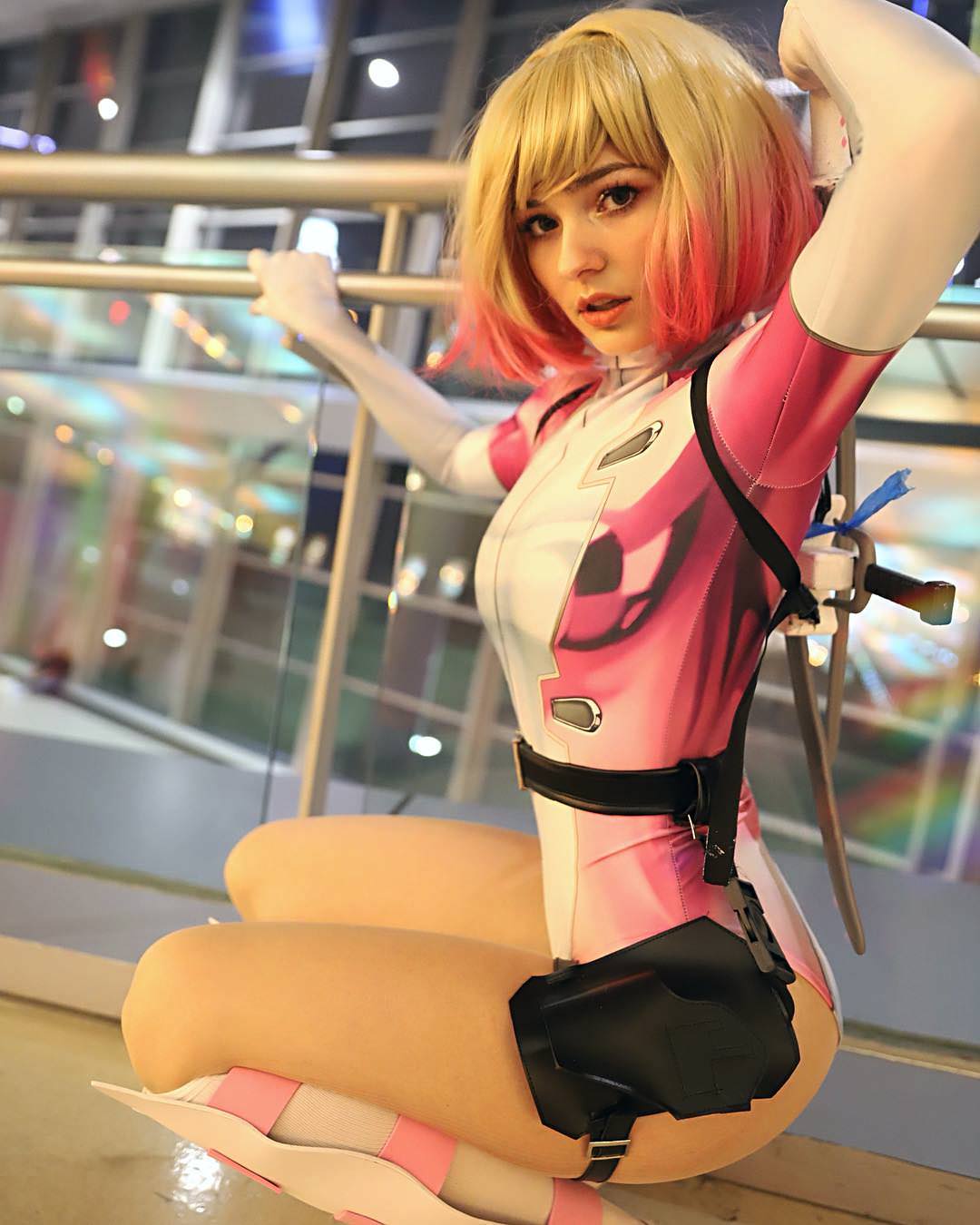 Shinobu, the Chinchilla Chainsword of Champions – A Living Weapon! A chinchilla that transforms into a friggin’ chainsword! Gifted to her by Aöemph. He also has a cute little space suit made by the M.S.F.

She got rid of this after she became a chinchilla farmer.

Lightsaber – A lightsaber. Yes, like from Star Wars. Pink blade, silver handle with white grips. Where did she get it? Well, it was a tiny reward for her crossing swords with Darth Vader and not dying.

BR85N Service Rifle – A UNSC infantry rifle. How exactly did Gwen get a gun from the Halo games? She fought Blue Team and lived.

‘Crimson Weapon Deagle’ CWA-W01 Hand Cannon Heavy Pistol – A pistol given to her by Kurai Kishimoto in a fight against spombies (space zombies) from Planet 9.

Crimson Weapon Avenger’ CWA-W03 Fully Automatic Assault Rifle – A rifle given to her by Kurai Kishimoto in a fight against spombies from Planet 9.

She gave this back to Anthem after Lelouch was finished.

Two .45 ACP Colt Pistols – Just guns! One given to her by Randall Wayne, the other picked up from a magic armory.

Two Nunchucks – Some rad nunchucks! She got them on a quest with Anthem Kishimoto. 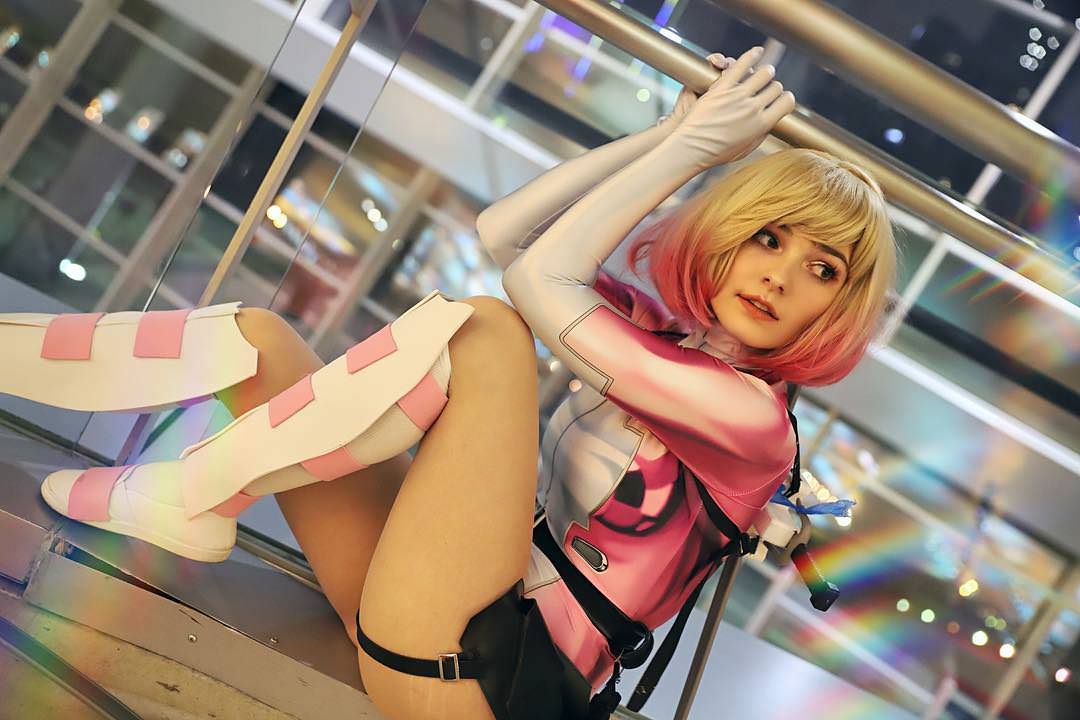 Ring of the Weary Wanderer – A magic, dark blue metal ring with nice detailed carvings around the band. It detects any non-humanoid, no matter what it is, within 500 feet of Gwen. Given to her by Weary Wanderer.

M.S.F. Field Jacket – A field jacket given to her by Randall Wayne; marks her as a member of M.S.F., specifically their T.E.O. Special Forces group. Has kevlar and ballistic weave, and is fire retardant.

M.S.F. Mk. 2 Standard Armor – Champion Variant – A special suit crafted for her by the M.S.F., not only does it protect against zero gravity effects, severe cold and heat, and the vacuum of space, but it allows her to impart some amount of kinetic energy while using the Vorpal Blade, among other things. Given to her by Randall Wayne.

AVERAGEJOE Mk. 1 – A technological, highly advance, sealed protective power armor, designed to take a beating while still securing the user within from the depths of space, all while being unaffected [REDACTED]. Created by Kurai Kishimoto.

Pink Spandex Suit – A spandex suit Gwen picked up in a magic armory just so she could save the world in style.

DEFENDER Mk 5 Space Suit – An armored space suit gifted to her by Kurai Kishimoto, designed to protect her from the vacuum of space and endure massive amounts of punishment.

Shark & Penguin Backpacks! – They’re backpacks. They look like a shark and a penguin. She usually picks which one to wear before she goes out on. Purses are sooo lame. Novelty backpacks are in again!

Utility Belt – A belt for Gwen to keep all her stuff. Comes with holsters for her pistols, knives, lightsaber, and an attached sheathe for the Vorpal Blade

One Pink Longboard – After her skateboard was broken, Gwen replaced it with an all-terrain wheeled longboard; she can ride faster for longer distances, and go off-road with it, and still shred, brah.

One Pink Motorbike – Sometimes longboarding still takes a bit longer than a girl likes. So she bought herself a motorbike! Vroomvroom.

Disease Immunity – Gwen gained immunity to all disease after a very, very, very brief visit to a world where everyone was made of cholera. Don’t ask. Please. 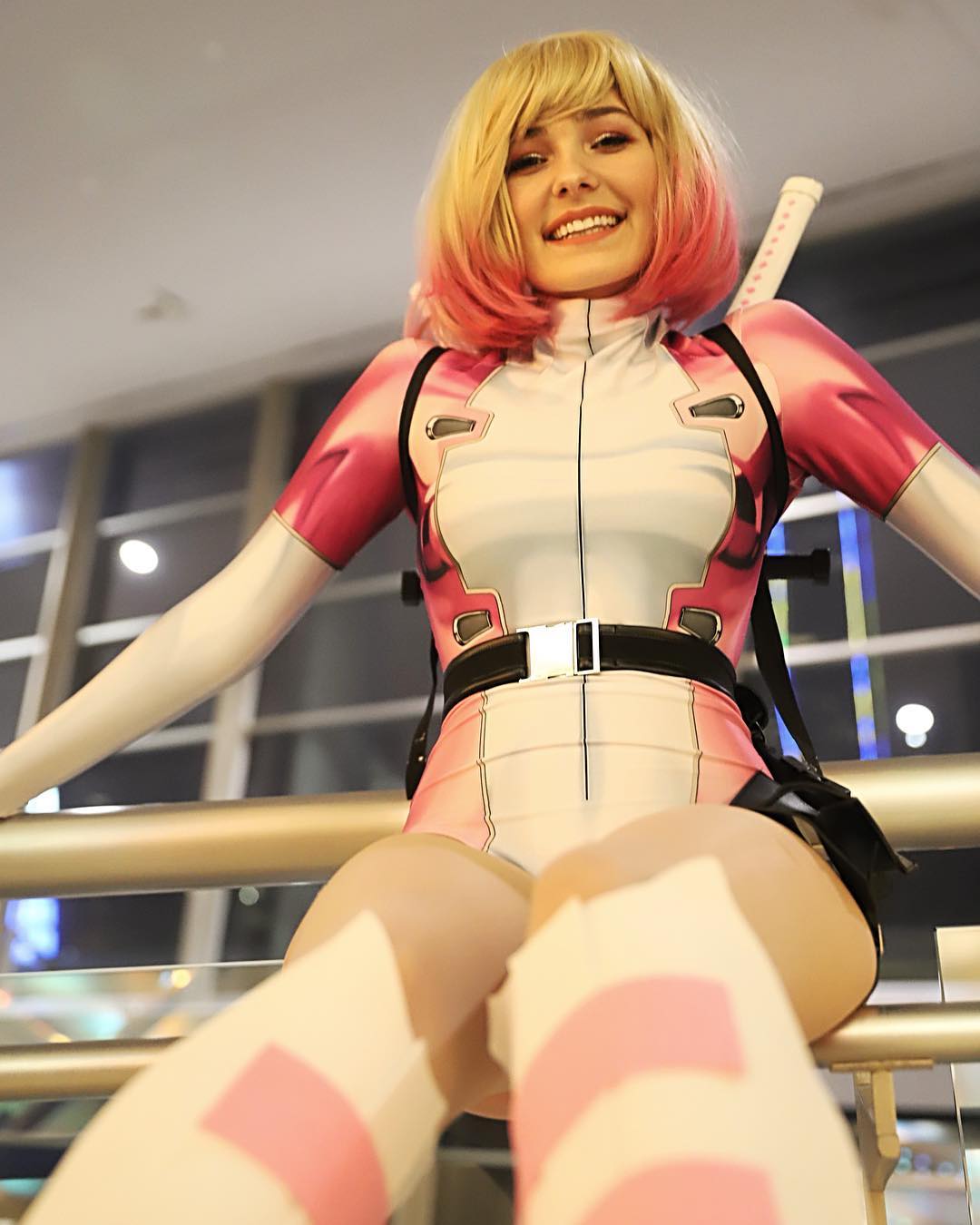 That role-playing is super fun!