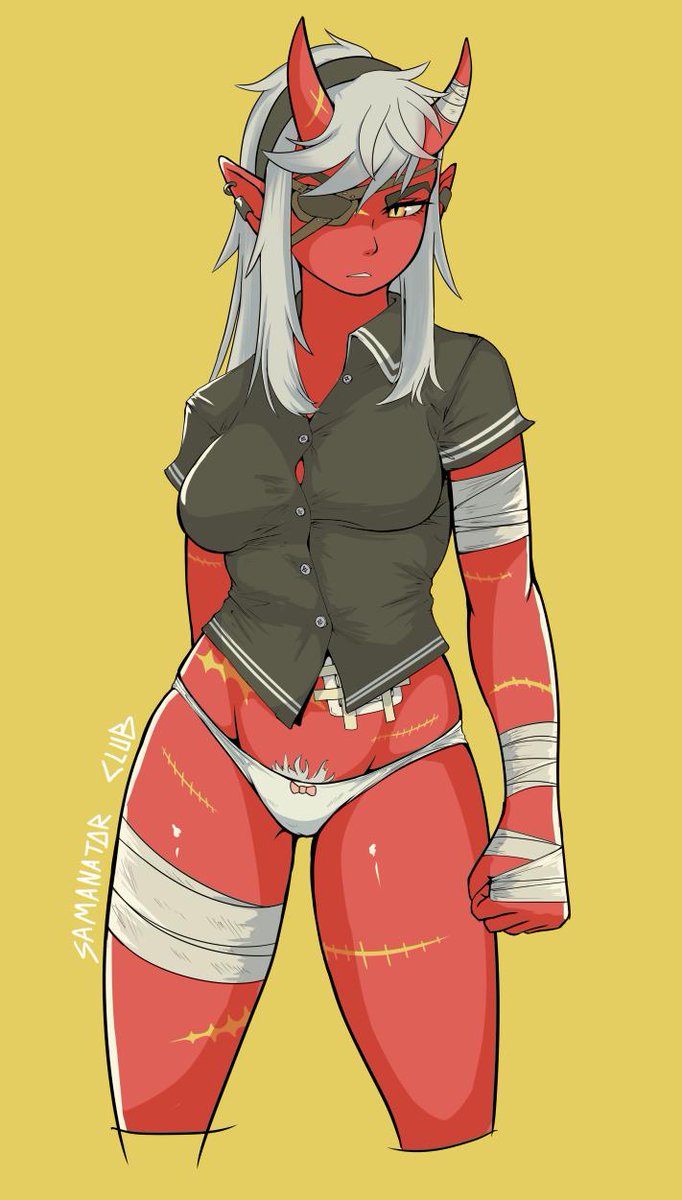 Her mother had been tortured and raped for months on end, by men and beast alike. To them she was something to be feared, something that fascinated and disgusted them to no end. Something that needed to be killed. But that hadn’t stopped them from having their “fun” with her first. A heretic, a witch, a beast, a demon. All that THEY were, they accused HER of being. But through it all, she only smiled. When they defiled her, when they beat and spit on her, when they used her as their personal toilets, she smiled. She didn’t feel any of it, no pain, no shame, no horror, nothing. It was all turned inside, focused in such away that neither her mind, nor her soul were even touched by those monsters. When she became so heavy with child that they could no longer have their fun, they killed her, and dumped her into a ditch filled with corpses. It was then that SHE was born. What a way to come into the world huh? 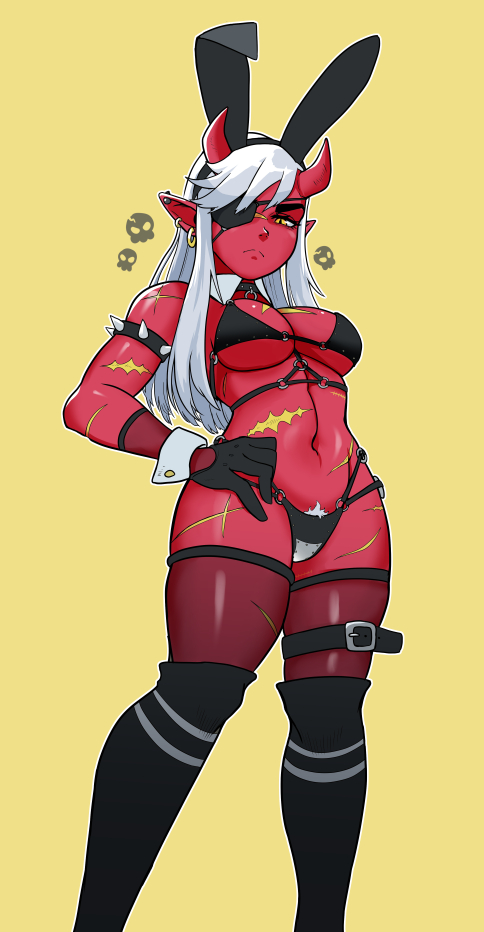 Rexi’s mother didn’t feel anything that happened to her, because she focused it all inward. Every dark, horrible deed. Every lash, every blow, every pump, every gagging swallow, turned to her inside, where it grew concentrated mingling with the seed of those who repeatedly took her mother and gave birth to her. Her mother’s belly had been sliced open and through that wound she was born, unscathed by their blades. Rex did not cry, for she had been born of fear. She did not shiver, for she had been conceived in pain. And yet she was found when the government took over that small Romanian village and then taken in. 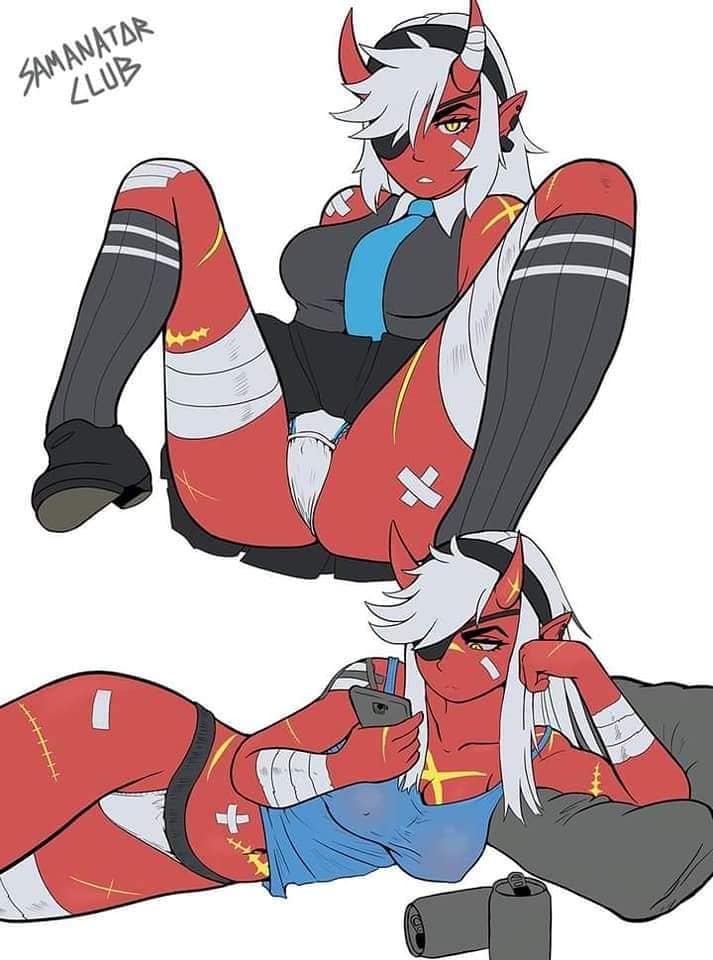 It didn’t take them long to realize how different she was. She never cried as a child and she seemed to absorb knowledge like a sponge. She read something once and it was committed to memory. She saw someone move a certain way and she could mimic it perfectly from then on. At first they thought Rex felt no pain, but it turned out she could, it was just that her body didn’t treat it like pain, it was an energy source. The more she hurt, the stronger and faster she became. They experimented on her, testing the limits of Rex’s unique body and physicality, as well as her mentality. They didn’t know what they truly had until they accidentally went too far killing her, only to find out that she didn’t stay dead. 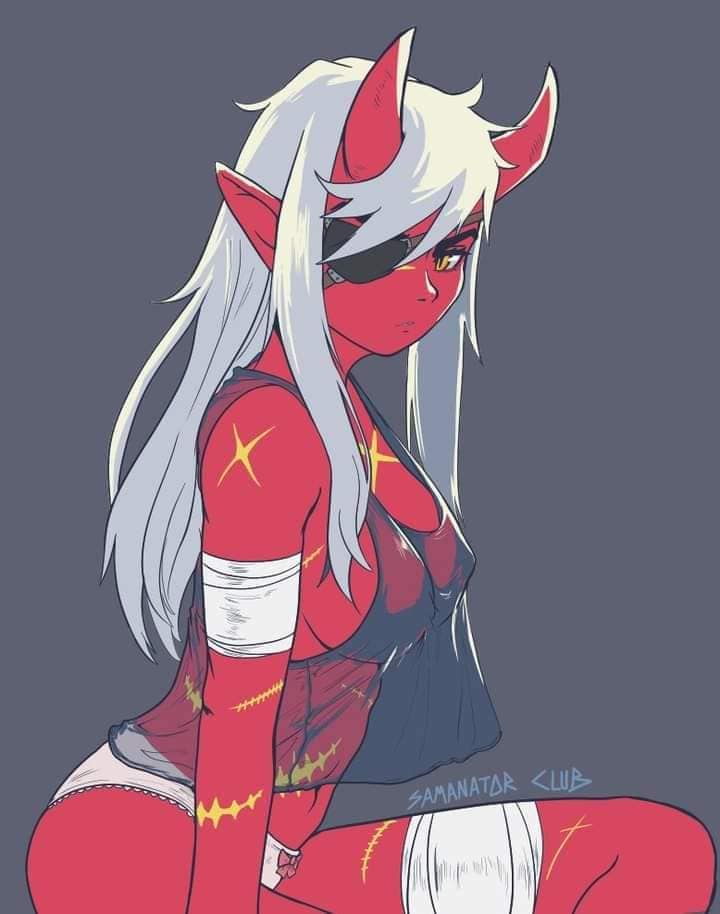 Rex not only came back to life, but her body would evolve past the method used to kill her. The more she died, the less that could kill her. By the time they were done with her, they had not only created a weapon, but a demon, a monster. Not once did they stop to think that maybe, just maybe they had gone too far. Greed blinded them and for a while Rex was a good soldier, a perfect weapon. She was a sick, twisted, relentless killer who’s only love was pain. It was only a matter of time before Rex cut her leash, killing everyone and everything in the Russian facility that held her, and stepping into the world, walking along a path of blood. 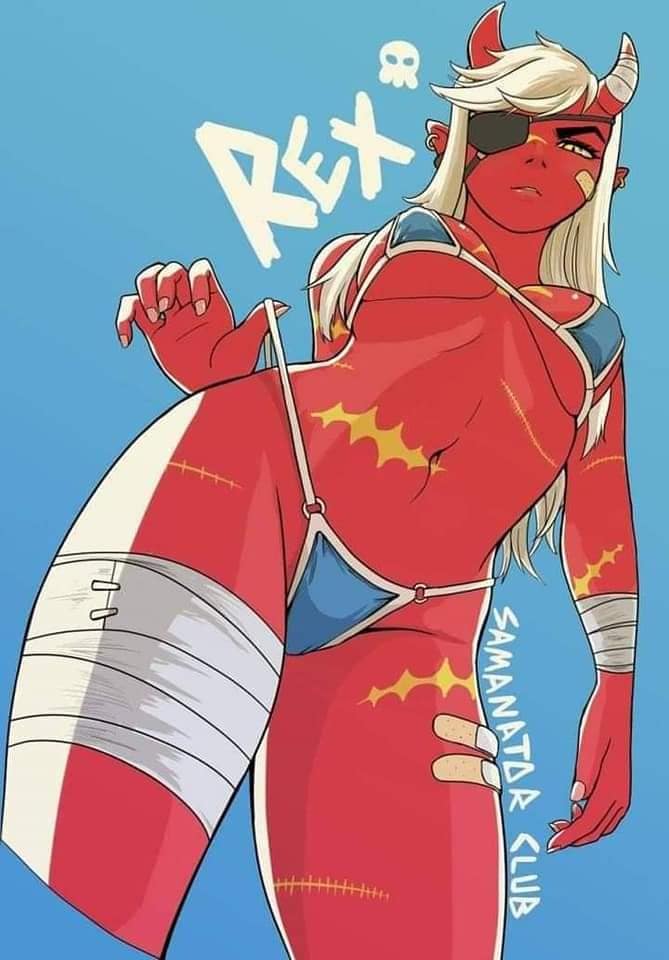 It didn’t matter who they sent after Rex, if they found her they were returned in chunks with smiley faces cut into them. Rex was always happiest during slaughter. They wanted a monster, but they created a Devil, and there was nothing they could do to stop her. Thanks to her ever evolving mind, body, and soul, it wasn’t long before higher powers took notice, but even they could find no way to control her. Rex’s body evolved to the point that it began to house the primordial laws of the universe within her flesh. As she continued to die and be reborn, her connection to these laws grew greater and greater until she would ultimately be able to manifest these laws physically, and use a material focus to control them. To control each law, she would manifest her favorite tools of slaughter, and use them to bring those laws to bare. 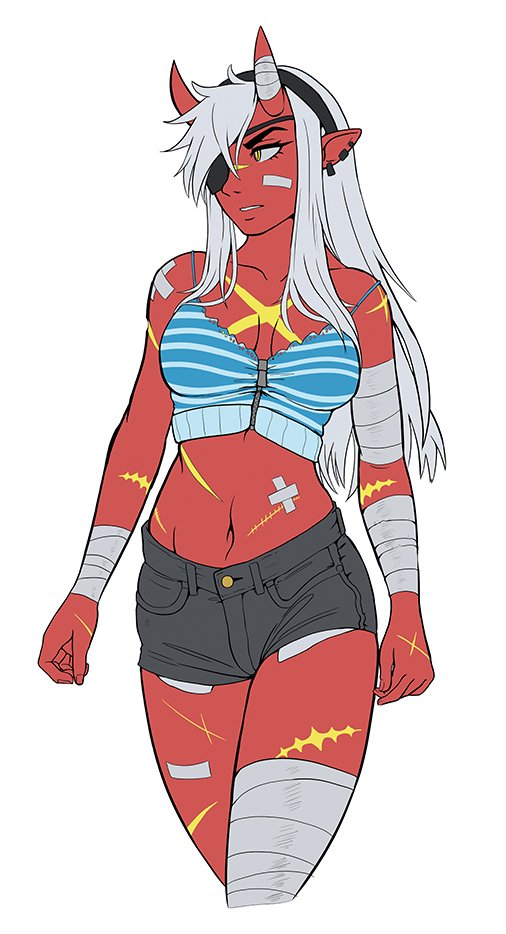 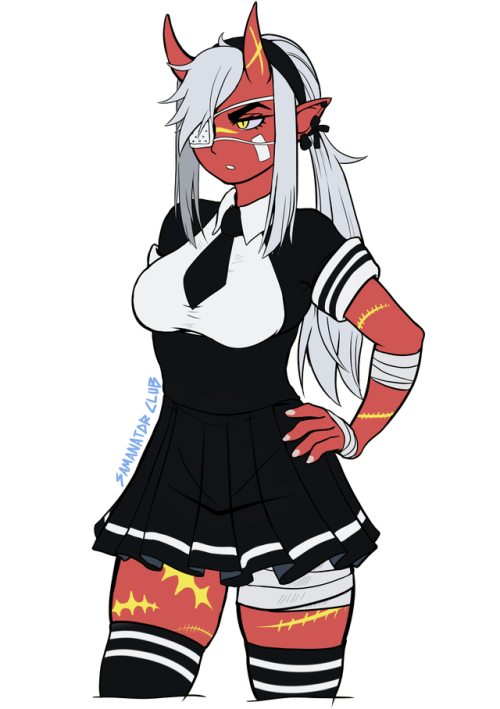