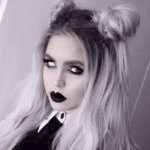 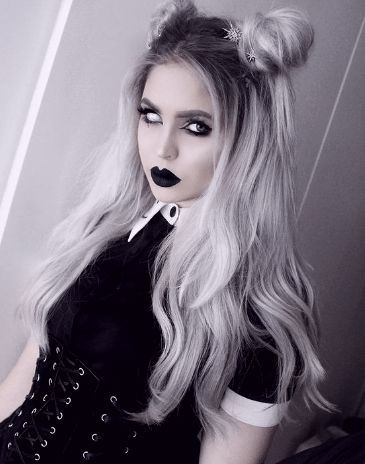 {None of the pics are mine, credit goes fully to the true owner(s) -^-}

Homeland: Moiety {“Eh, stupid name. I know- So I just call it Were-World! It’s like Earth, but everyone is a were-being! Cool right?”}

Species: Were-bird {“I’ll give ya’ one guess just which type.”}

Current/Past Occupation: Spirit guide- Carries, or guides, spirits to the afterlife. Medium- Someone who communicates with spirits.

Possible Future Occupations: Familiar, or Spirit Animal. {“Girls gotta do something after she gets bored playing with spirits, ya know?”} 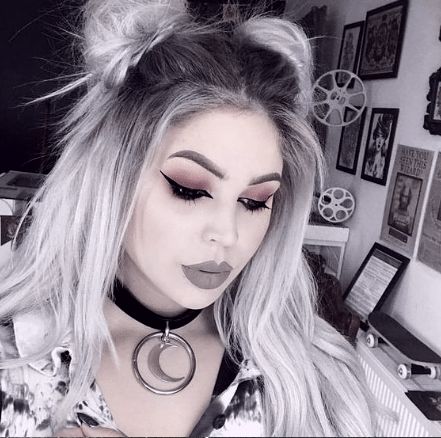 Eyes: Beady little pupils with white irises. Her right eye has a milky film over it.

Skin Complexion: Pale, porcelain. Clear except for the occasional scar, bruise, or tattoos. 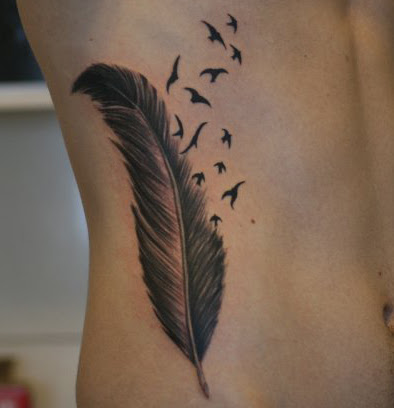 {Crow Feather Meaning: Balance, and a release from past beliefs.} 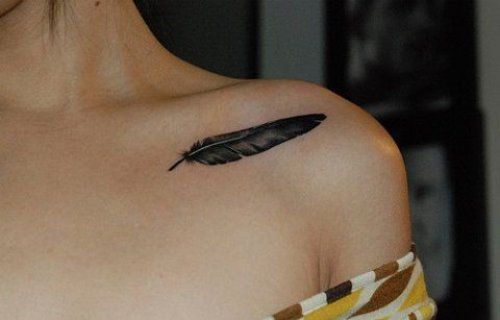 Location: Under her left collar bone. 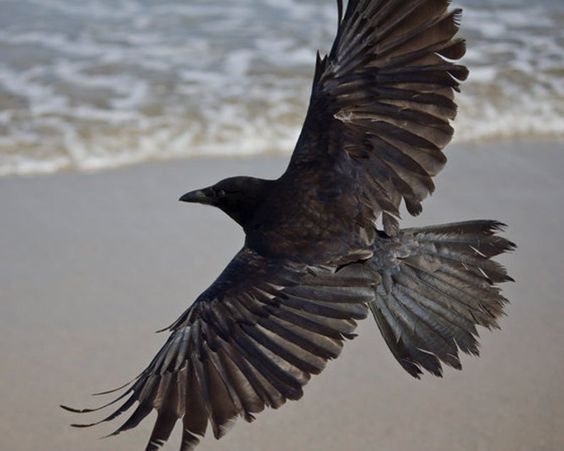 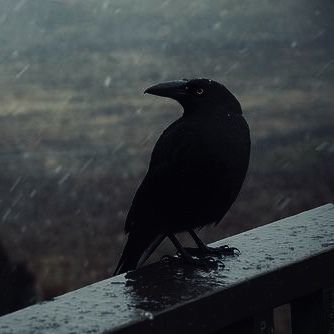 Personality Traits: Rather social despite her moderately quiet upbringing. Intelligent, yet doesn’t always follow the logical side of things. Broad-minded. Determined to do whatever the fuck she wants, when she wants. She knows boundaries, you’ll just have to set them for her to get a true understanding. Almost always playful, but that doesn’t mean she’s ignorant to serious subjects, nor manners. She knows fully how to be polite, and she’ll expect you to do the same once the time comes. There’s an underlying tinge of mystery whisked in with everything. She doesn’t forget a face, words and other things or the sort tend to go right on over.

Alignment: Chaotic Good or True Neutral. Some odd mix between.

Strengths: Great sight {Within her one good eye}. Photographic memory {especially when it comes to people}.

Life Motto: “Blind spots aren’t always things you can control, or fix. So you just gotta’ work around ’em.”

The world she lived in was divided in multiple ways. Not by predator and prey, nor by carnivores and herbivores. But by where the animal would be located. Wolves, deers, rabbits all thrive within the forest, as well as many more. Rats, pigeons, and scraggy cats filled the big cities to the brim. Aquatic creatures stay within the water, only given bits and pieces of the land about the body of water they live in. And so forth, of course.

These were-beings live normal human lives, they have jobs, homes, and families to look after. All the while trying to stay within the guidelines. Yet, there’s no one there to enforce this rule. Sort of just something people did and never questioned. The police force wasn’t a thing either. True, some acted like such. Keeping people in line, punishing wrong-doers. Yet, it was what? Two? Maybe five people in one section? But that’s beside the point.

Crows tend to be related to death, and bad luck. Yet, there’s plenty that believes otherwise. Some see them as signs of wisdom, as a messenger for good and bad things to come. Lots still thing they bring death wherever they go. Truth be told, they don’t do that at all! They guide the deceased to the afterlife or the spirit world as many call it. The afterlife can be perceived as whatever one wants it to be.

Some refused the help of the crows, denying that they were even dead, leaving them stuck in the land of the living, to never be seen by the average eye again. Of course, by apologizing and bargaining with the guides, they might just have a chance at living within the afterlife with the others. Others went with little to no struggle. And some chose reincarnation. They arrive then leave immediately, or waiting for just the right moment, looking for the perfect vessel to live in once again. Their past would be erased as they began a new one, hopefully righting their previous wrongs this time around.

Halo lived out in the rural areas, nothing but farmlands with cute little farmhouses and barns. Don’t forget the small villages sprinkled around the areas. But she didn’t live in these small communities. She lived near one, sure. Not in one, however. She was born and raised within a morgue, or funeral home. Placed right next to a large graveyard. Creepy, she knows. Her mother was a coroner, she examined bodies and figured out their cause of death. Much like murders {a group of crows} did. Once one became deceased, they surrounding the body, mourning over the loss while also looking for a cause. She also prepared the bodies for burial. On the other hand, her father was a gravedigger. A match made in heaven it seemed. They never really fought and treated her pretty well, maybe neglected her existence now and again. She never had any other siblings.

Her right eye has always been slightly askew ever since the age of ten. Her vision within the eye fading over time. She was born with a genetic disease that causes rapidity sight loss, or blindness. She expected it to say the least, yet it only strengthened her connection with a variety of other spirits within her bloodline that suffered a similar fate. This mutation tended to skip a generation to plague the next. Her parents didn’t do much about the issue, as to them it was nothing but a minor issue to be dealt with later on. One that will continue to grow till proper measures are taken into place to stop, if not slow the problem.

Once Halo got old enough, so roughly the age of twelve or so, she took on the job of carrying spirits off to the afterlife. Typically, they’d start a bit later, but that was his father’s other job, and he had grown ill. Not deadly, but disabling. Some days he could dig those final resting places within a few minutes. Others, he could barely rise from bed. So, she took some weight off his old shoulders.

Saying she loved the job was an understatement. Every day she awoke with a smile on her face, happily greeting the lost souls on her doorstep as if it were normal- Which is technically was for the young medium. She walked with them to the veil and beyond. Filled to the absolute brim with excitement and anticipation to hear their stories of legend and truth, of the battles they once fought in, ones won and lost. She continues to hold this enthusiasm to this very day, and with their stories, she’s grown more fond of the final release of death, that sweet, sweet filling of all her worries melting away as her spirit finally slips from its vessel.

Death is a beautiful thing in the end