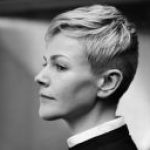 active 2 months, 2 weeks ago
Base

Hamlet is taken by moods of extreme melancholy, punctuated by moments of cheerfulness. He may have some kind of mental disorder, possibly bipolar, due to his quickly changing moods. He often speaks cryptically, and references his past.

Hamlet is, however, fiercely protective of people, and can be very kind. He feels injustices very strongly, and will fight strongly for what he feels to be right.

In Denmark, he was used to his antics being tolerated, and used to being the one to control a conversation. He is still not used to being considerably less important among the various mortals and immortals he meets in the inn. For example, he’s used to make side comments to himself. Here, he finds doing this difficult without offending someone.

Hamlet knows that he is from a story, and has read his play. He can sense when people quote other Shakespeare plays at him. The back of his neck prickles, like when someone stares you when you have your back turned.

He considers himself insane, and is sometimes correct.

Hamlet arrived at Persistence angry, bitter, and depressed. After some time there, he’s become slightly more spirited, mostly due to those he’s met in the inn. Hamlet considers Persistence like another home to him. If he sees anyone in trouble or hurt in the inn, he disregards any rules of keeping to himself, and will spring forward to defend anyone here, who he now considers family and countrymen.

Hamlet went to Denmark to avenge his father, and died in the process. Upon his death, Dream gave him the chance to return to a kind of life in a dream form. As a dream, Hamlet is still substantial. He can walk in others dreams, and he cannot be killed, though he can be injured.

Of late he has shifted his ground, and now lives in New York City under the name Hamlet Danielson.

After the death of his uncle and, subsequently, himself, Hamlet is considerably more cheerful. He no longer considers himself ‘Hamlet of Denmark’, though he keeps his Danish accent. Instead, he refers to himself as ‘Hamlet, prince of Dreams’.

Despite the fact that he cannot be killed, Hamlet hangs on to his paranoia, and still finds it difficult to completely trust people.

Although usually more cheerful now, Hamlet has bouts of depression, and very often has suicidal thoughts. He whispers the phrase “to be or not to be” to himself, and wonders what would happen if he chose the latter option. He does not often speak of this, although that soliloquy is almost constantly running through his head.

Hamlet is very young, appearing about nineteen to twenty in age. He has blonde hair and blue eyes, and wears all black. He is seldom seen without a green emerald pendant given to him by Dream and a silver ring.

He is rather attractive in an effeminate way.