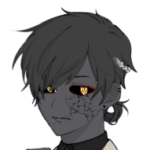 No cost too great.
No mind to think.
No will to break.
No voice to cry suffering.
Born of God and Void.
You shall seal the blinding light that plagues their dreams.
You are the Vessel.
You are the Hollow Knight.

Before Hallownest existed, the land of the insects was split into tribes of intelligent beings – the moths who worshipped The Radiance, plant-like beings in Greenpath who worshipped Unn, the mantises, the mushrooms, and the spiders. As time passed, a Wyrm traveled to the land of Kingdom’s Edge and later on died and evolved into the Pale King who decided to build the kingdom of Hallownest. The Pale King ruled the kingdom by uplifting unintelligent bugs, convincing and persuading them to join him – this leads the tribes such as the Moths to abandon The Radiance, and eventually brought treaties with the rest of the tribe. At some point, the kingdom of Hallownest rose to its success, but later on, was invaded by The Radiance who was filled with revenge. By doing so, The Radiance attacked and invaded the dreams of all the bugs who had weak minds that were filled with hope and desires resulting in their transformation into its feral forms. Eventually, the Pale King along with his queen wanted to put a stop towards The Radiance madness by creating vessels made from their own flesh and void within its hearts. This gave the Pale King an advantage by choosing one of the vessels to become the Hollow Knight – this vessel was then used as an instrument to seal The Radiance within it and was locked inside a vault called the Black Egg. However, the Pale King sensed it needed enough protection, so the King appointed three bugs as the Dreamers from stopping anyone from making its way towards the Black Egg, Monomon who was a mentor within the kingdom of Hallownest, Lurien who was the guardian of the City of Tears, and Herra Queen of Deepnest. Herra Queen then made a bargain with the King, where he had to give up their child, Hornet, in exchange for protecting the Black Egg. Even with enough protection and being The Radiance sealed, its shell eventually cracked and The Radiance began to leak out and corrupted the minds and bodies of the inhabitants of Hallownest, resulting with the Kingdom going into stasis.

Beware the Light that plagues dreams
And makes great kingdoms fall
The Hollow Knight cannot save you all
The more it steals, the more it’s influence flows
And with lost souls, it’s power grows
A power ancient and old
Beware the Radiance, and her Infectious hold

The Pure Vessel of Hallownest

Theres a secret poem in the first paragraph! Highlight everything!