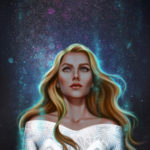 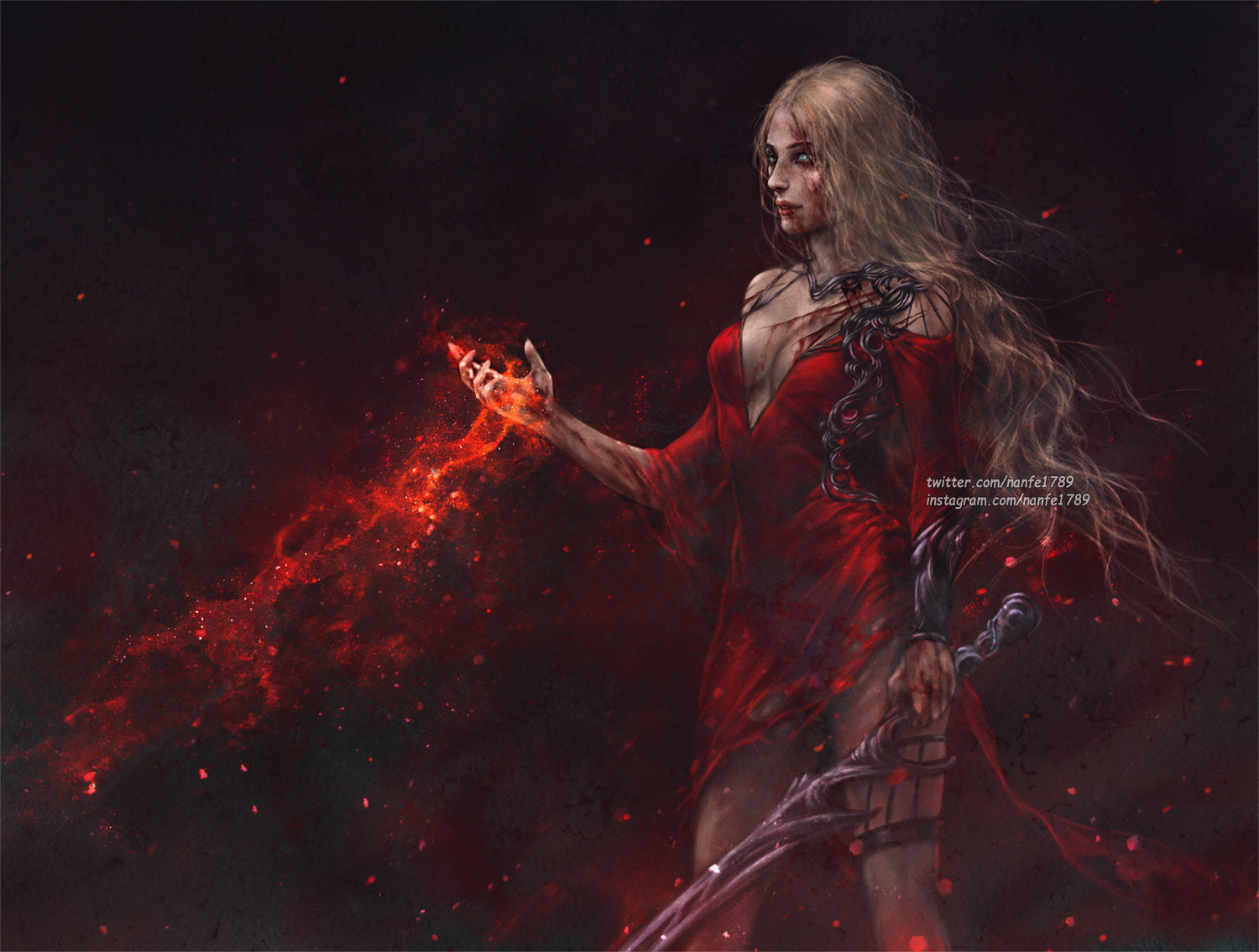 Her heart kicked against her ribs, beating quickly. Her chest heaved, her lungs burning with the need of air. Her lips parted to pull in gasps. Right hand hanging loosely at her side, blood dribbled from her finger-tips. Her other hand grasping her shoulder.

Tickling a warm trail down the left side of her face, a sharp sting settled over. Pulsing repeatedly in waves of pain.  A hand strayed up, grazing across crimson and glass. Hissing through her teeth, her chin was lifted sharply by a hand. Ears still ringing, blood bubbling down either side of her neck from each.

The voice cut at her. She used to be his sweet-heart. His… Recoiling, she spat. Her saliva smacking against his shined shoes. Which was soon sent to her chest. 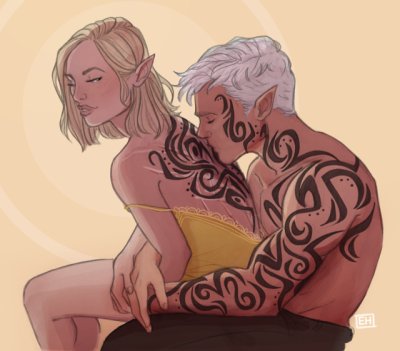 Until, the night of broken trust, broken thoughts. Broken hearts. Well, a heart. Hers.

His name was Alidair. He was tall, white-haired. She didn’t expect it when he drove that knife through her back.  And not the saying. He twisted that striking, curved, dagger right through her flesh. Curling it in a painful circle. Smirking at her sobs of agony

It was for his family name. For his reputation. His popularity. His greed had over-come him at such over-whelming points, he lost the love he had. He lost any sanity left in his mind. Because he was going to have his name called. His name known. His name would bring admiration.

He was bringing the failure of magic home. The curse. The monster.

To put it simply, Jaziria is a beautiful woman. She adorns elegant, long, legs and fingers of slim grace. Smooth, flawless, pale skin and high-cheekbones. Her eyes a strikingly bright blue. Vivid and lively. Her hair is long, cascading down to her waist in waves. Natural loose curls as the golden waves come to an end.

With a body built like a dancer, slim and elegant, an hour-glass figure, Jaz stands at 5’4. She tends to stick to more “formal” outfits. Blouse’s and skirts. Dresses. So on. Her lips are a full-heart shape, and her brows finely arched.

Zchaku is Jazira’s companion. She managed to befriend the leopard, along the way of one of her journeys.

His fur is white, speckled with spots and stripes of  blacks, grays. Eyes are an ocean-green, rimmed with bright amber around his slitted pupil’s. His form is muscular, and agile. Lithe. Tail long, and his claws hooked and white. Nearly concealed by his large, padded, paws.

Men and Woman. Though, she leans mostly towards males.