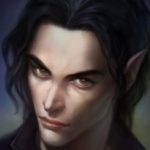 “I’d offer my eternal soul if it meant I could look at my mother’s smile just one more time… and I did. Yet I’m here.”

Farwin shed his otherworldly flesh to better suit the mortal plain – His horns were torn by his father’s hand and his ashen skin boiled in the warmth it gained on arrival. For his first breath he sharply gasped from the new found sensation that was pain and still… the fresh scent of the woods around him soothed any slither of regret he harboured for the decision he had made.
_________________________

First Born from the parenting Gods Kartak and Gwenavith, Farwin is one of four children, each gifted their own right;

Farwin was one of the first Gods to interact with mortals, along with his siblings. They were to assist their parents in dealing with all in that was below their kingdom; Farwin swatted of the same titles of death his brothers and sister insisted on and in spite of his mighty power, he used his gift for whimsical hijinks in any way he saw fit – Dwindles his true power away in light of his quickly found love for those not inclined with a God’s life.

He adores mortals in his own way and yet the millennia that passes have, rightly, made way for bouts of unruly pleasures – to pit mortals against one another in petty bouts, to tease them with promises of wealth or knowledge and keep his hand firm yet discrete in the moves they make for what they seek… inevitably straying them further if he feels tiresome of their journey or their intentions therein. Few know he even exists and fewer follow him as he can offer nothing but uncertainty and distrust…

Farwin is a pale, slender yet toned built man, tall by human standards and a giant in the eyes of a dwarf. His head is topped with crow black hair that crowns the centre of his back.  Among his family it is always remarked he shares the trait of his sisters, owing their honeyed eyes to their mother in all their kindness. More often than not he his dressed informally but very careful to dress the part when needed.

Farwin does not forget his origin and in fact for the most part it makes him cocksure… annoyingly so at times. Yet he is never not aware of the fact, relishes in seeing someone wince at his nature. A being of pure self absorption? Certainly not. Collectively cocky and dangerously interested in everyone, he does have an almost damaging soft spot for magical beings and cannot abide a bad word against them; They killed someone? Probably had a reason. They ate children? Who doesn’t?

Overall an elf with a hankering for tease and disrupt but not without his better qualities, much like everyone else.

A travelling merchant who sells magical items and curiosities. Being a learned man of magic himself he guarantees that what he sells work for its purpose. If you’re feeling adventurous however he often times has the odd curio he has yet to decipher…

The ability to turn himself or an item into whatever he may desire, be it the size of a grain of rice or that of a mighty dragon. It lasts as long as he wills it but it does not have the properties of what it holds; a dragon can spit flames that deal no damage and apparently clamber onto a rooftop, kicking tiles away but once it is perceived as what it is truly, the spell breaks.

The closer the item is to him, the more control he has over the perception of it. He can appear in any humanoid form he desires without the respite. Only a magic user can see through such a mask besides him breaking it himself.

He tends to use this to look the part of a new area he has come into, especially predominately human areas.

Along with the greater gift bestowed in their children, Kartak and Gwenevith permitted each a choice of control over something key to mankind. Farwin in all his admiration for the forests asked that he may have the hand of a druid. He was not declined this and so can grow whatever he likes with a simple thought and touch to soil. With each realm he finds to be his new home, his house is always settled in a thick brush of wild flowers, his favourite being moon lilies. 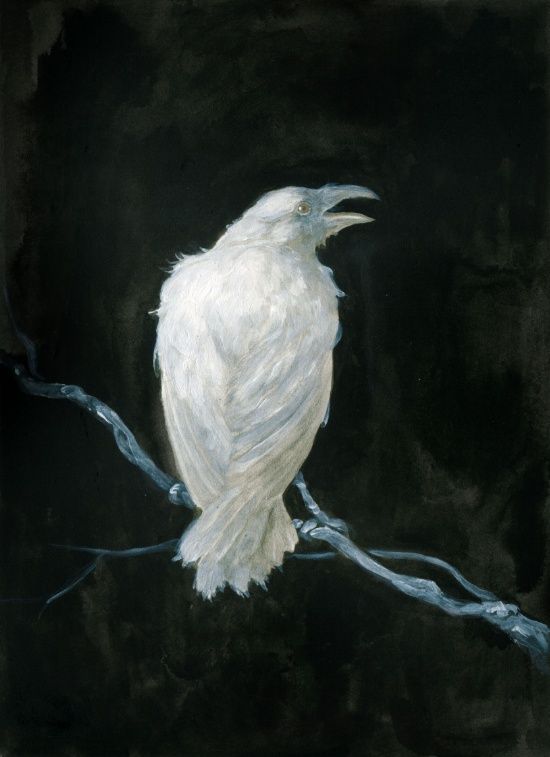 Rigis, a brilliantly white raven. He won her in a game of dice among his friends in his homeland. She is very well spoken and yet has the mannerisms of an avian; twitchy, distracted easily. Still a beloved friend. 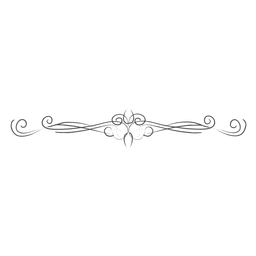 Hellifyno seemed to be the perfect place to continue peddling his goods and perhaps find something of interest to distract himself.
It took him weeks and the help of a handful of sorceresses to gain access to a portal large enough to pass himself and his home through, disturbing a cosy little sector of the surrounding woodland, his home with the legs of a chicken perched itself in a nook beside a still lake.

The lights whined into life inside with a final crackle of rock beneath the house and he felt at ease. This would do perfectly. 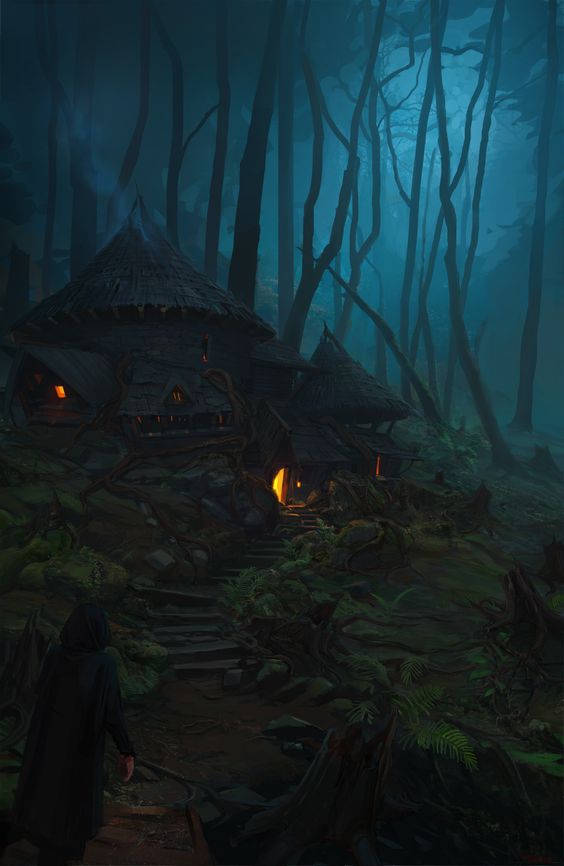 /I tend to RP in the open chat. Any private RP will be received as entry into the woodland about his home unless specified otherwise. I would prefer not to RP outside of a fantasy, almost medieval setting privately unless the narrative stirs that way. I am 18+.

Thank you for taking the time to come here!/

Mischief is good for the soul.