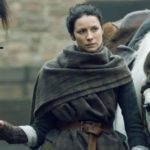 a wanderer in search of herself

Imagra had a child, out of wedlock, at 16. She was cast out from her family and her small village. After several months of wandering from town to town, she found herself in Consequence. And by the time she arrived in the city, she was determined to make a good life for both herself and her daughter, Cessa.

As no one in her life so far had cared about her – not her family, not anyone she had met since – she firmly resolved that she couldn’t rely on anyone. This stubborn independence grew over the years – it was often Imagra’s strength and, just as often, her downfall.

The early years, in Consequence, were hard and often scary, but Imagra eventually found steady work and eked out some semblance of normalcy for Cessa. Their home was very small and modest – but it was filled with love and warmth. And despite the hardship this little family endured, there was fun and laughter too.

As Cessa grew, there were disagreements and fights. After all, Imagra was young and inexperienced herself – mistakes were made. But because they had a solid connection – and because Imagra would not let anything go unresolved – their relationship weathered these short storms.

Cessa is now grown and, as fiercely independent as her mother, is off living her own life.

And Imagra finds herself rudderless and travelling again at the ripe old age of 35.

Imagra has a practical style. Her long dark hair is always tied back off her face. She layers her well-made, modest clothes so that she can build up for warmth when needed. Pants and boots are a staple.

Her features are strong and quite pretty – but most don’t notice how pretty until they’ve spent some time with her. And under all the layers of clothing, she has a slender but strong body.

She is open and warm – but not at first and only to a point. Her confidence is often mistaken for aloofness. Even so, when she smiles and laughs it is genuine and infectious.

A dagger she carries for protection.

that the only person I can trust is myself.