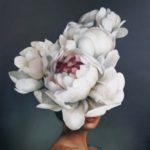 *Previously InhServ. Just expanding a bit by temporarily scrapping the previous character and trying a new to build upon the both of them.*

*This profile is a more modern approach to the figure Persephone. She had made little contact with the other Olympian gods outside of a few formal greetings and conversation topics. Forgive me if I take any bold liberties. Personality wise, my influences come from the webcomic “Lore Olympus” written by Rachel Smythe.*

Persephone, or Kore, Goddess of Spring

Having convinced her mother to allow her access into the rift just beyond the mortal realm, Persephone finds herself enticed and intrigued by the new world and faces she experiences and meets. She wishes to learn more, see more, always secretly wanting more behind modest and bashful mannerisms. However, she is always under the watchful of her mother. Her mother, who secretly hopes that her child learn a hard truth and come running back into her embrace so that Persephone isn’t swept away in such naive thinking.

Height of 5’3″ or 1.6 m
Weight of 130 lbs or 58.9 kg
Lightly tanned with faint freckles
Loose waves of auburn hair, the length depending on the time and mood. Flowers of many varieties may naturally sprout from between the strands
Irises resembling the golden rays of the sun setting on a summer’s day

A satchel
A cellular phone that connects to both the mortal realm and Olympus
Two notebooks along with two pencils and two pens
A different book each day
A brush, comb, mirror, and appropriate scissors for cutting hair
An assortment of currencies – though each not totaling out to some absurd amount.

I wish to experience all that is good in the world.

A bird who cannot fly could find happiness in the sky it looks up to, but one that gives up trying may forget to look up some day.