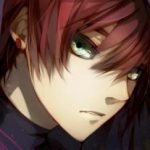 I’m Quinn! (Ashe Rayne is the character I roleplay as.) I’m 17, pretty awkward. I use he/him or they/them, either is fine with me! Uhhkjfgdkfj don’t be afraid to say hi or ask to RP!

Ashe Rayne is an 18-year-old guy who escaped from his parents as a child. As scientists, his parents have always wanted to experiment on a human test subject, and what better test subject than your own child? Even as a baby, they both experimented on him, infusing his blood and animal DNA into his blood, which Ashe later found out was eagle DNA.

Being in so much pain from all of the experiments his parents put him through, he went to the internet to search if this was an okay thing for parents to do to their children. As he found no articles about this kind of thing happening to other kids, he realized that what his parents were doing was wrong. After putting up with it for so long, he escaped. Left scarred and traumatized, he set off on his own journey to try to start a normal life.
—

Because of what his parents did to him, he’s not a person to easily gain trust from, it takes a while. He doesn’t like doctors or scientists, he hates scalpels, bright lights, and the sound of drills. He gets sensory overload easily, so loud noises, repetitive noises (like water drops dropping, hammering, cars honking), and he shows his happiness in different ways (he flaps his hands a bit, usually squeezes something like a pillow real tight, and makes a squealing sound, though he’s very insecure about this). He has depression, anxiety, ADHD, and paranoid schizophrenia.

If he makes friends, he tries his best to make them be happy and help them be positive because he doesn’t want anyone to suffer what he went through. He wants to be someone everyone can depend on, and he is terrified of being a burden on everyone. He tries his best to overcome his own obstacles like his depression and paranoid schizophrenia, and it affects his daily life and relationships with people, so please be patient with him. He’s also scared of having episodes in front of people, because they happen often, and he’s scared of being so upset during these episodes and asking for reassurance because he thinks he’s being manipulative and thinks that everything bad that happens to him is what he deserves for leaving his parents.

Ashe can usually be seen wearing a baggy hoodie to hide his small wings, as they’re still growing, and he wears tight jeans. His facial expression is usually glum or angry looking. He has black piercings on his right brow, his bottom lip, on the left, and both of his ears. He looks very intimidating but he’s actually very sweet and caring once you get to know him. He’s actually very shy and doesn’t know how to handle anyone saying anything nice about him. He’s pale, freckles scattered all over his face, and he has a beauty mark under his left eye. His green eyes compliment his dark red hair, and he wears contacts, using glasses around his own place, and contacts when he’s out in public. His hair is thick and usually messy, and fluffy, and no matter how much he tries, his bangs fall in front of his face.