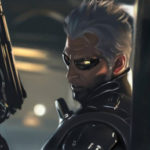 This is a warning if you attack me without permission I will retaliate and warn you if you attack for a second time I will report to an Admin is that clear?! There will be no third warning.   ( This a mixed Character between Raiden from the Metal Gear Saga and Adam Jensen from the Desu ex saga.) This is an Event Character. 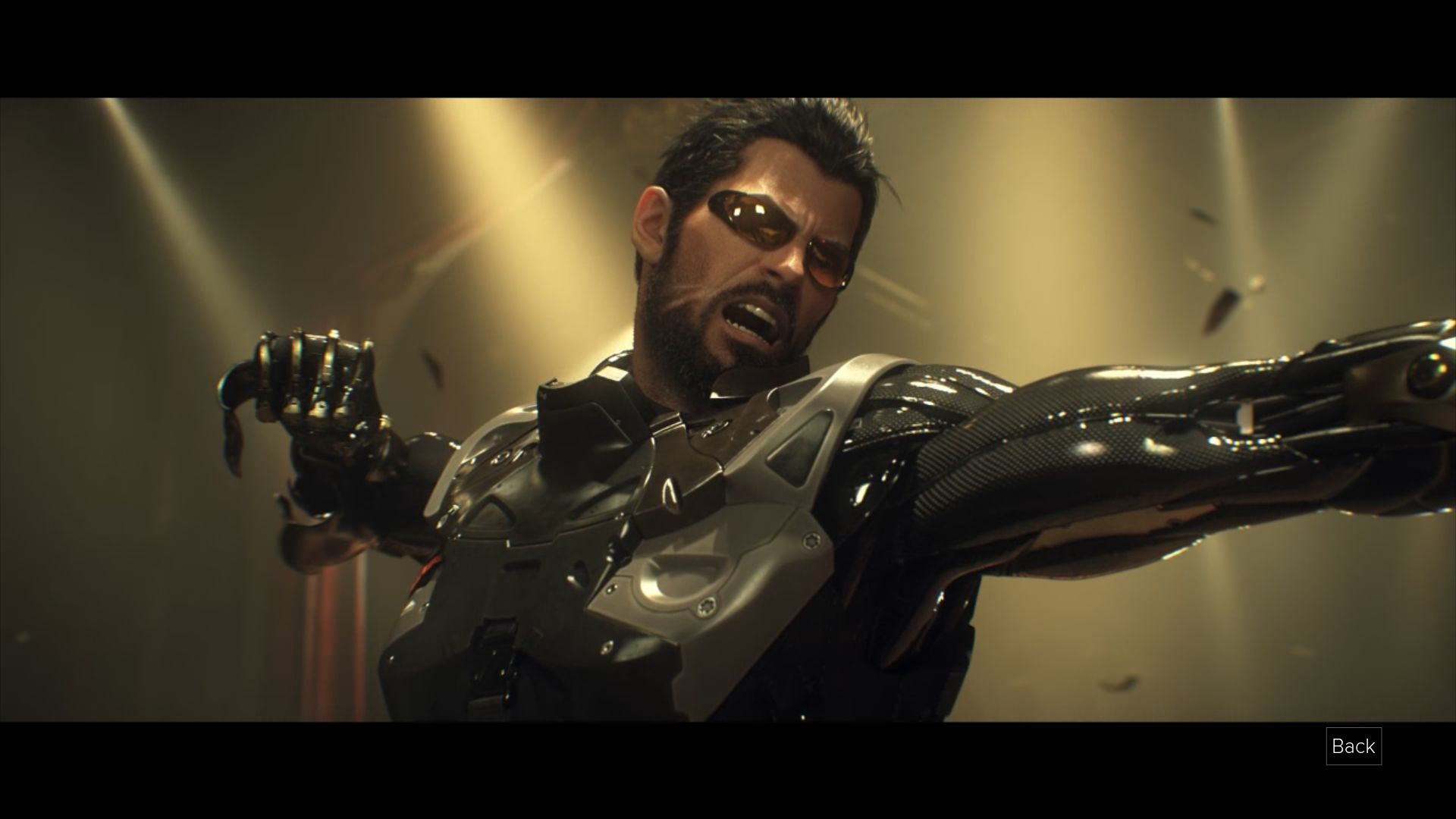 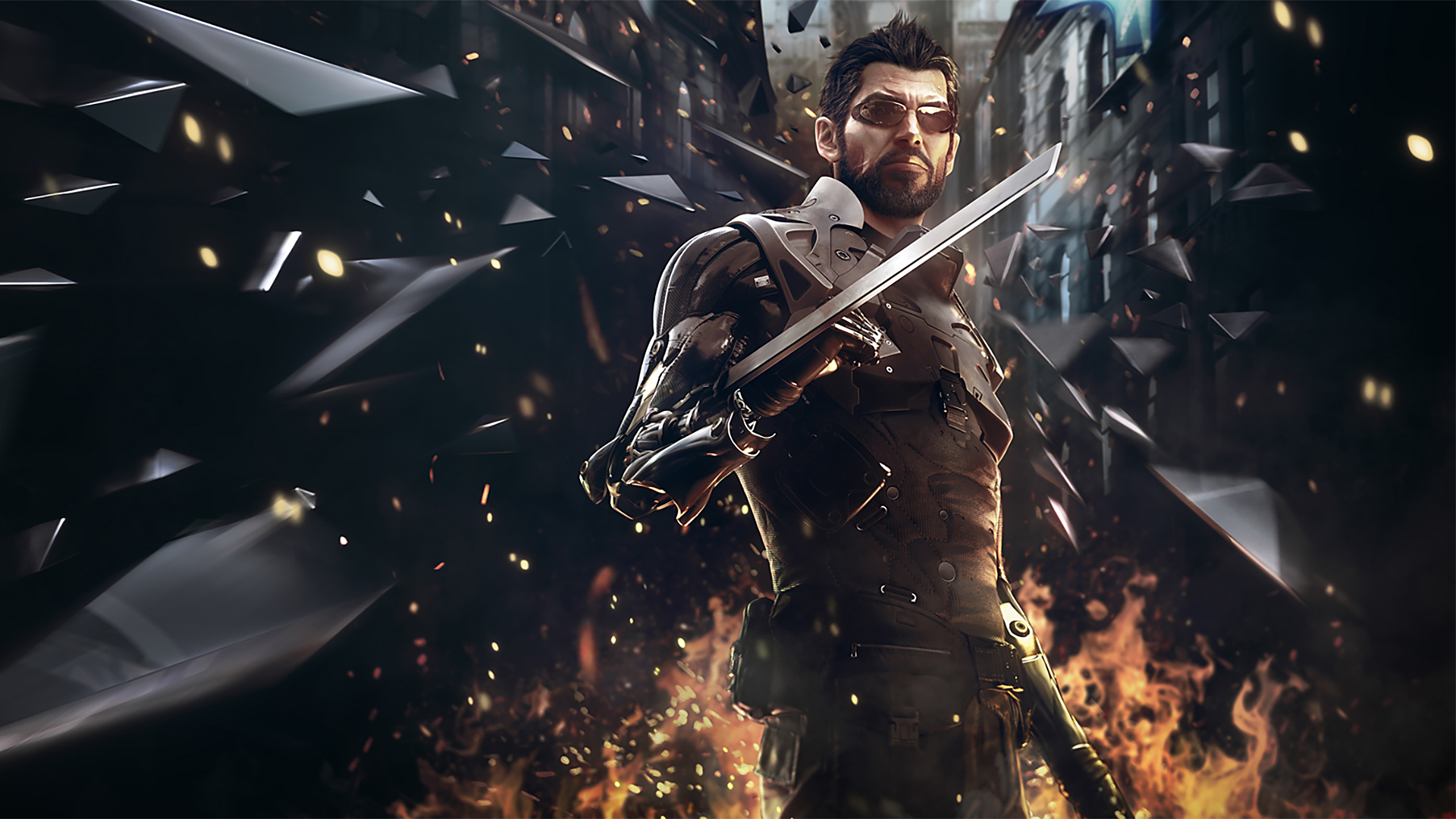 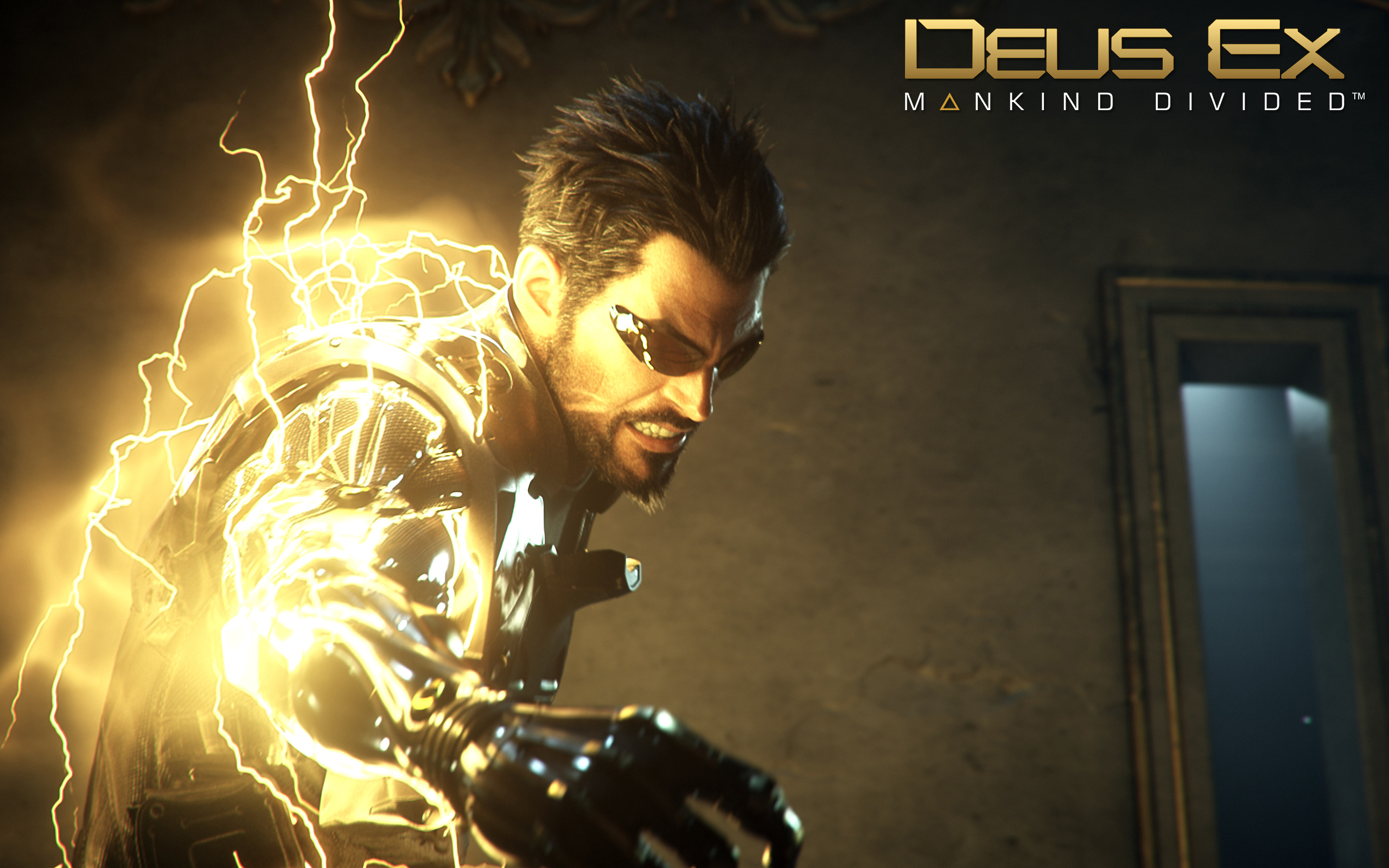 Raiden (???), real name Jack, also known as Jack the Ripper, White Devil, and Snake, was a Liberian-American mercenary and former special forces soldier. Previously a child soldier under Solidus Snake, Raiden was later selected by the Patriots to test the S3 Plan at the Big Shell, as a new recruit to the reformed FOXHOUND unit. He later worked alongside the Paradise Lost Army in their anti-Patriot activities, but was captured and forced to undergo heavy cybernetic experimentation. After successfully escaping, Raiden went on to assist Solid Snake during the Guns of the Patriots Incident.
Biography
Early life and career
Jack was born on a rainy day in Liberia. During his youth, in the turbulent period that was the First Liberian Civil War, Jack was adopted by Solidus Snake, who named him and became his godfather after he killed the former’s parents.[3] Jack was subsequently raised as a child soldier and later fought in the country’s Civil War in 1989. He and other children were shown Hollywood action films daily for “image training,” and were given food mixed with gunpowder containing toluene to make them more controllable.
Under Solidus, Jack became a killing machine, known alternately as the “White Devil” and “Jack the Ripper” due to his incredibly high kill rate compared to other boys his age, as well as a reference to his being one of the few Caucasians born in Liberia. Armed with a gun at the age of six, he would later remember it as an AK rifle, as well as a knife, he proved to be a superior soldier, rising to become captain of the Small Boy Unit at ten. His skills with a bladed weapon, as well as his cruelty in dispatching enemies with them, was another reason for his “Ripper” nickname.
After the war ended, Solidus had Jack placed in a relief center.

The relief center was reluctant to put the latter into a foster family because they feared he would be too much trouble for the family.

Eventually, without Solidus’ knowledge, he was later removed by a non-governmental organization and taken to the United States. Jack and other surviving members of the Small Boy Unit then underwent extensive amounts of counseling before becoming at least outwardly stable. There, Jack came into the hands of the Patriots, who implanted his cerebral cortex with a high concentration of nanomachines, in order to have him function as a back-up system for an optic-neuro AI. The Patriots chose him out of the other child soldiers in his unit because unlike the others, who would live up to their pasts and pay dearly for it, Jack did not accept his past and hated it.[5] The same nanomachines were also capable of memory manipulation by connecting or stimulating synapses, primarily nerve sections in the dormant part of the brain.[6] In addition, Jack was not listed under any of the United States databases (e.g. the FBI, NSA, CIA, etc.)[7]
Jack would grow up to suppress the memories about his terrible childhood, burying the memories of his bloody past, though he still suffered from nightmares of his past nearly every night. Now living a life in the United States, Jack joined the military where his admirable skills were at first recognized by the U.S. Army’s Task Force XXI. From there he participated in over three hundred VR simulations,[Note 1] including re-creations of the Shadow Moses Incident and the Tanker Incident. All of Jack Adam Jensen’s limbs have been completely replaced: his arms include nanoceramic high frequency blades that can be released at either the wrists or elbows for close-quarters combat, a function that enables him to punch through walls by opening a section of his forearm, and the ability to dislocate his fingers (which he uses when grabbing a guard’s helmet and spinning him in midair, causing massive spinal trauma). Other augmentations include firing stability, lifting heavyweight, and firing accuracy while running.
Jensen has two augmentations attached to his spinal column: a Reflex Booster and the Icarus Landing System (although the effects of the landing system appear to originate from anywhere in his body).
Jensen uses the Glass-Shield cloaking system, which classes as a skin augmentation. The origin of the mechanism is still indeterminate.
Jensen’s head has a plethora of augmentations, most notably a variety of hacking tools and the CASIE module (allowing him to see personality traits and emotional reactions of those he converses with). Jensen bears a hexagonal scar on the left side of his forehead, the result of the insertion of the Infolink’s implant module containing a neural hub server, which is paired with a communications bead bonded to his mastoid bone, allowing for subvocal communication.[27] He also has a cochlear implant within his ear cavity. Jensen’s eyes have notably been replaced with cybernetic eyes (Eye-know Sarif brand) with Black and red irises that display various information about the environment, and can be used to record and view video,[28] as well as serve as the base layer for some rather uncommon augs, like Smart Vision and its MAGPIE upgrade, Flash Suppressant upgrade, and a complete suite of Wayfinder Radar System modules. Jensen’s eyes are compatible with another Sarif Industries cybernetic eye, the “Atid” model.[29] Additionally, he has an unspecified implant that allows him to cover his eyes in eye-shield lenses hidden in black comma-shaped augments around his eyes, an augmentation he shares with Ben Saxon. NPCs occasionally refer to this augment as “mirrorshades.” Jensen almost always keeps the lenses activated, appearing to only retract them when sleeping, showering, or engaging in important conversations or interaction

The Zenith CA-40 is a highly convenient weapon due to its small inventory size, readily available ammunition, and a high degree of versatility. The weapon’s ability to accept a silencer, fire EMP rounds, and fire in an alternate firing mode (when upgraded). permits the weapon to be useful under a variety of circumstances. The Zenith CA-40 features a modern design with orange iron sights.
Mustang Arms .357 Magnum

Revolver AP ammunition is the most powerful ammunition against turrets, robots, and other hard targets such as metal doors. AP ammunition allows the revolver and its variants to dispatch robotic and armored targets more swiftly and easily than any other ammo. Revolver AP is also very effective against human enemies. Without upgrades, a single body shot is enough to kill low-tier unarmored opponents. Fully upgraded, a single body shot is capable of killing “veteran” level Shadow Operatives. Only armored police, certain “elite” level Shadow Operatives, EXO-suits, and a handful of ARC elite soldiers have the durability to tank two AP rounds. However, revolver AP ammo is very rare. Roughly 250 such bullets can be found, 90 of which must be purchased. See Revolver Ammunition for a list of locations.

The FR-27 S.F.W. is a highly versatile, jack-of-all-trades combat firearm, in large part due to its wide range of upgrade options. The weapon is uniquely able to accept all four weapon attachments, and is also able to fire armor-piercing rounds.
The FR-27 S.F.W. is one of the most common weapons encountered in the game. Ammo is not a particularly big concern given the ubiquity of the weapon, and ammunition packs for it are both common and very cheap to buy in shops.

Limited-edition burst-firing variant with slightly worse handling until upgraded.
For some reason, upgrading the rate of fire will also further lower recoil.
The Elite Edition Combat Rifle has a maximum range of only 50 meters, lower than the range of 60 meters on the standard edition.

This weapon, despite what the stats may imply, does about 50% more damage than the standard variant.

762-TS Lancer RifleEdit
The Lancer is a bolt-action variant with an integral (non-detachable) scope and very high damage.

Ammo capacity is limited to 3 rounds per magazine. Only Armor Piercing rounds can be used.
The Lancer is compatible with the silencer. The Lancer and the combat rifle are the only lethal weapons that can use both a scope and a silencer.
The Lancer has an extremely long-range, greater than 160 meters.
A Lancer may be traded for one of Nada Birak‘s special stocks.

The nanoblade,[1] or nano blade,[2] is an implementation of the Cybernetic Arm Prosthesis augmentations of Deus Ex series protagonists Adam Jensen and Ben Saxon. Nanoblades have also been referred to as Combat Nano-Ceramic Blades.
The nanoblade is featured in cinematic trailers and is used for the takedown mechanic in Deus Ex: Human Revolution and subsequent games. In Deus Ex: Mankind Divided, Jensen gains a new experimental augmentation for launching the nanoblade. This launcher augmentation is also called “nanoblade.”

Jensen has one of the top sides of each of his Cybernetic Arm Prostheses. The blade is extendable and retractable from the arm prosthesis in both forward and reverses directions. Jensen’s nano blades are manufactured by Sarif Industries.
The nanoblade has a monomolecular edge and is deadly against flesh and standard kevlar armor. However, Jensen found the blade to be ineffective for cutting through ceramic-metallic plate armor.[3]
Vadim Orlov developed an experimental improvement to the nanoblade augmentation that would allow the nanoblade to be fired like projectiles, and even explode if charged. Orlov’s improvement also includes a high-energy molecular assembler to quickly assemble a new blade using silicon-carbide cartridges.[4]
I also added that it has High-frequency abilities so that they’ll through anything like butter.

in not fearing Death