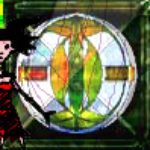 It could have been said to have started in Earth #814’s wars of re-emergence. While that certainly would have been a starting point it was not. Existence is not a concept for youths. The old one from ancient earth originates from Earth #001 (Perhaps?). In that world he was selected for service in the order of the old ones.

Earth #001 did not at that time have space faring technology to travel the cosmos’ nor the vermisilitude to travel between realms of existence. The being whom would later be called Jadoo was in most understandings abducted by aliens. That is not the best way to look at it… yet ultimately that is what you are going to hear happened.

Work as a old one was a mish-mash of training in archives/ agency spy work/ high magics and technologies and horror beyond the stomach of most civilizations to come to terms with.

Alot of time passed and the order of the old ones fell silent for 100,000 years. Jadoo worked on long haul generation ships from star to star. While people had forgotten what a old one was… those space faring civilizations remembered the basics.

When travelling long distances in space and time people would go into cyrogenic and other forms of sleep. Waking at their destinations. If you returned to where you started from… you would be an old one. In most cases old ones arrived on planets where their own families has built up whole civilizations while they were in transit. As new technologies always beat the generation ships to new colony worlds.

A great deal of time more passed and Jadoo with others attempted to rebuild the order of the old ones. They were not successfull and enemy agents from lagmostre unleashed an amnesia bomb across that particular existence.

Thus it was that Jadoo was born on Earth #814 and participated in the wars of re-emergence. (Note-OOO Agents have Arc-ribs at their disposal) The rise of Akramor and the subsequent explosion that sharded the spirit of so many to Fabler on another realm of existence. That great stretch of time led to the birth of the Telorian Faction of the Eclaut and the taming of the great caverns of legends. Of course the original cavern of legends is still out there… what Canteon is… is a pocket reality copy which grew into its own realm of existence during the Long Wait. Thru the aid of the two personified main frame beings known as Huck MacTorLee and Wanda Wendy Wethers.

In the caverns Jadoo became a champion and thru the merit of his work was granted the title of Lord of the Caverns.

All are equal despite the presence or actuality of inequality. Time makes dust of all things… and the spirit finds itself on the other side of the table.