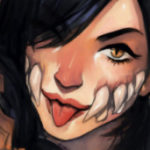 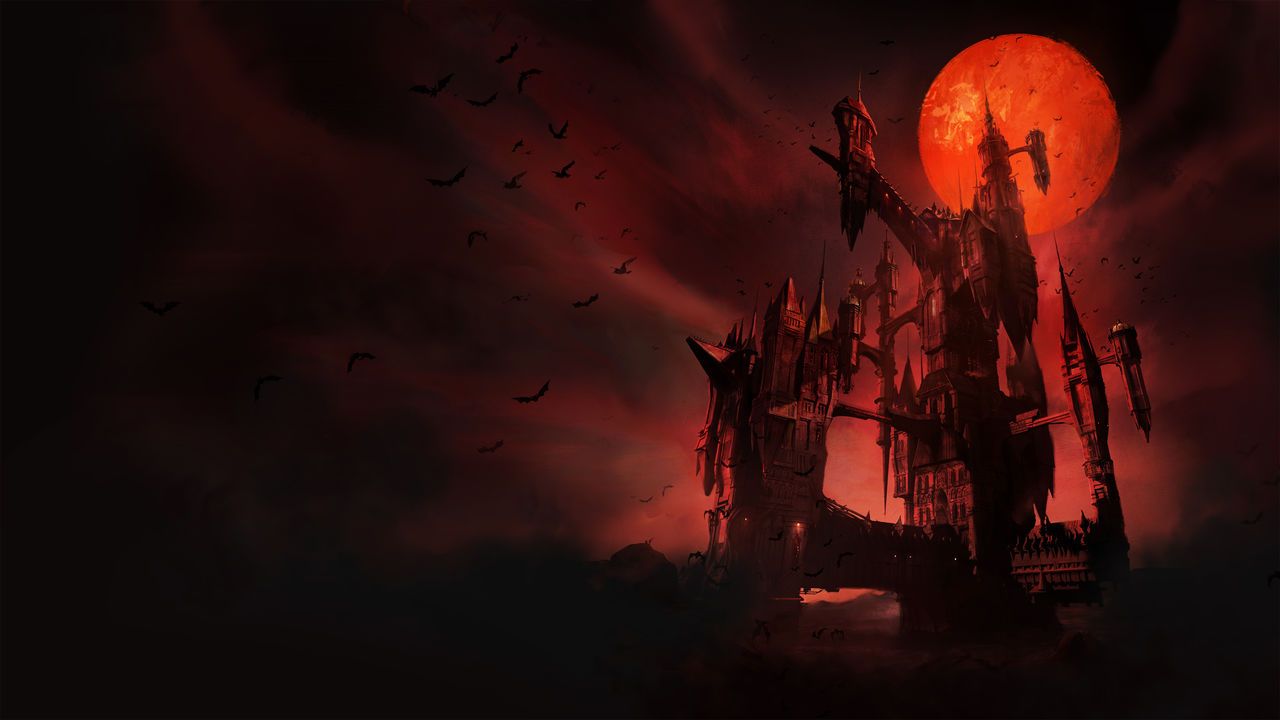 The Realm of Minyades was once glorious and full of life. It was settled by exiled gods, who sealed themselves and their new home away from greedier deities so that they could rule in peace with their worshipers. From the union of the Goddess of the Moon and the Goddess of Stars, a three sisters were born to rule the realm together as queens – Kallikantza Minyades, Athena Minyades, and Bubo Minyades.

These immortal demigod queens ruled justly for thousands of years.

All was good and peaceful.

And then the famine happened. They haven’t been able to figure out what happened exactly, but they do know that the Goddess of the Sun vanished, and with her the morning sunrise. Food became scarce. Then the animals began to die. It only took a few years after that for the wars to begin. Queen against queen, brother against brother.

Blood stained the lands, and only Kallikantza remained in the ruin that followed. With no food, she turned to what sparks of divinity remained within her to begin feasting on the death around her, and when that wasn’t enough, the flesh of her remaining living subjects. The twisting and marring of nature, of life and death, changed her and the rest of her people into beings between life and death, and the realm was forever changed into one of eternal night and eternal, horrific rebirth.

Death came for Kallikantza before the end, but not before her dark alchemy had produced a cloned heir, a daughter. Souls of the dead were recycled into new bodies to keep the realm populated, to keep the nightmare alive. With each passing generation, they became more twisted, darker, and sinister… And yet still remained the same.

For people are still people even in the darkest of places.

She prefers to be called J.B.

And she wants to feast on new blood, see new lands, and expand her rule over new lands to add to her empire… She’ll rule benevolently of course, with violent force. For now, she settles for exploration and adventure. 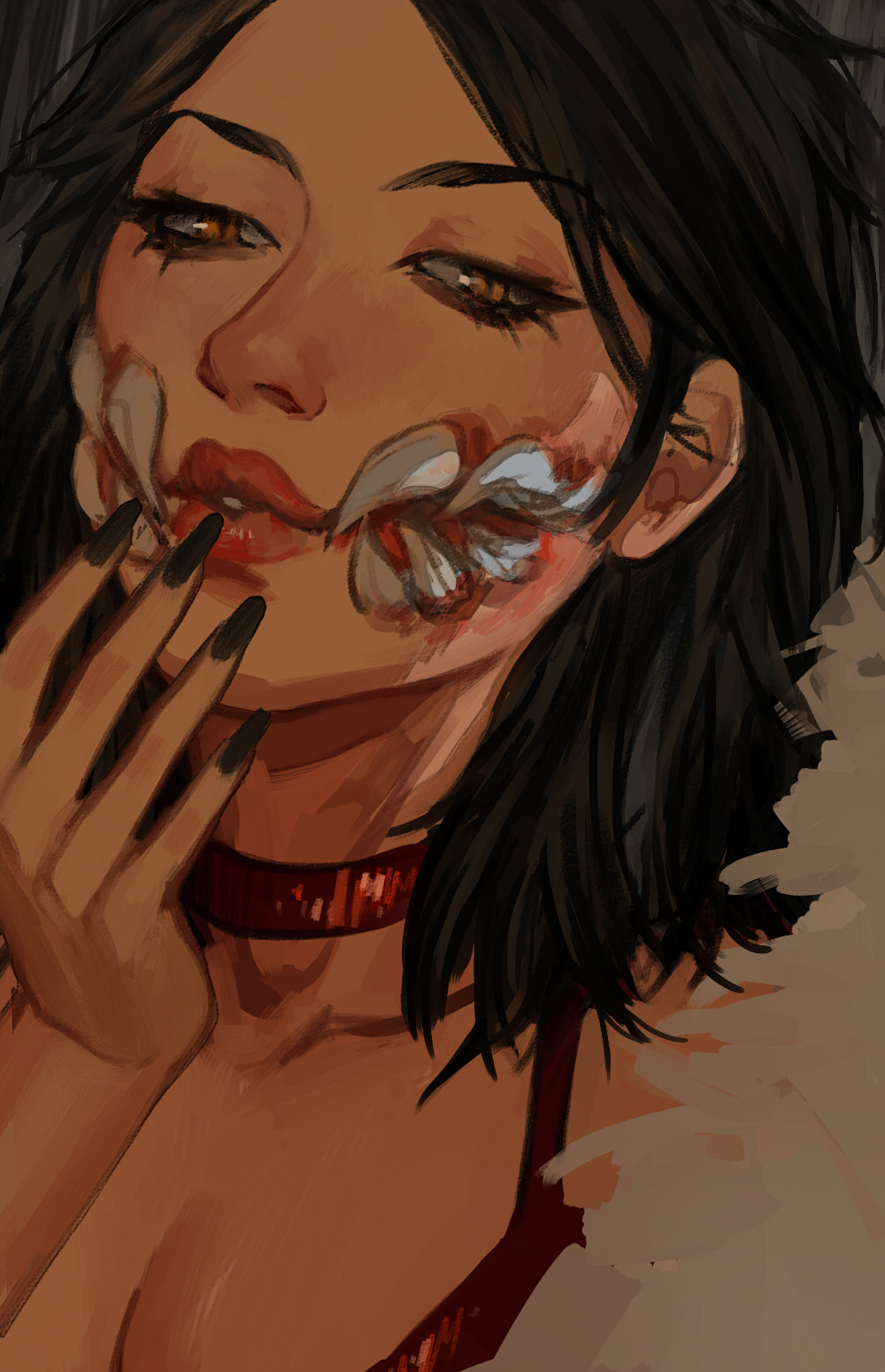 But also a fallen, corrupted creature. With a shapely, curving form possessing a healthy glow, it isn’t hard to see why many in her kingdom wish their empress took lovers… But it is her true face, revealed, that gives many pause. Too many teeth. She often disguises her face when walking in new worlds, so as to blend in with the less corrupted, but once she is more comfortable, why would she hide her glory from them?

Throne of the Empress of  Minyades – The person of royal blood who sits on the throne of Minyades is considered the Holy Empress of Minyades, divinely chosen. While in her home-realm, J.B. cannot be truly slain, only reborn, as her genetic code is stored within her actual throne, which detects whenever she is slain, and then works to produce a clone. However, at the end of every empress’ natural lifespan, a new one is ‘born’ from the throne, an imperfect copy of the previous empress with no memory of her past life.

Minyadi Vampire Physiology – The vampires of Minyades share much in common with other vampires across the multiverse – fangs, claws, and the desire to drink blood. However, that is where the similarities end. Minyadi vampires aren’t undead creatures and cannot turn other-dimensional outsiders into vampires. Minyadi vampires are also able to walk around in sunlight with no ill-effects, are not especially harmed by silver weapons, and regularly enjoy garlic in Minyadi cuisine. Some are even very religious, though their gods are much different. They are, however, not entirely immortal – they just age at a much slower rate – every decade equals a year for them, biologically.

Supernatural Enhancement – Minyadi vampires are incredibly strong, able to cleave through flesh, stone, and steel with ease. They are also incredibly fast, able to move at supersonic speed. Their senses are sharpened almost to a fault, with intense sights, sounds, or smells being capable of overwhelming them with sensory overload, but it helps with tracking down prey, since they can taste blood particles in the air with their tongues. Their flesh is also incredibly resistant to harm, nearly diamond hard, but is more susceptible to bludgeoning than cutting – significant force applied over a wide enough area can shatter them.

Sorcery – Minyadi are all born with the ability to speak to birds, bats, reptiles, and insects, and bend them to their will with ease unless the creature is also magical. It isn’t uncommon for very powerful sorcerers, such as J.B., to keep a familiar or two at their side, though they are just as capable of controlling large swarms of such creatures when necessary, or even conjure them from nothing. Only Minyadi of the royal bloodline, however, have access to the most devastating of sorcerous powers – Pyromancy – the ability to conjure up fire from nothing, and shape it with the mind. The Empress is particularly gifted in this, as well as the art of alchemy, which she uses to produce her legions of servants, as well as supply herself with sustenance. – Flesh Transmutation – the ability to change her form to suit her needs. J.B. isn’t limited in what she is capable of changing into, but typically chooses whatever is beneficial to her, or what she favors aesthetically, such as wings with which to fly, enlarged fangs or claws to cut her enemies into ribbons, and much more.

Fucking Genius – Specific to the Empress – She has lived 800 lives across 800,000 years. Everything there is to know about Minyadi science, magic, literature, history, military strategy, economics, psychology, etc. is known to her. She is the biggest repository of knowledge in her entire realm, having spent several lives dedicated to scholarly work… and several more at prolonged wars with her own people, with all of it contained in her library for her future lives to read.

Castle Minyades – The absolute most impressive piece of magic, interdimensional architecture perhaps ever created – Castle Minyades is a traveling castle. It can open doorways to almost any realm, dimension, or even time that the Empress is aware of, and perhaps several more locations that she isn’t. The bulk of it remains stationary in Minyades, but ‘mirrors’ of the citadel can appear wherever she wants, in whatever shape she desires.

I’m not a bad person. I’m just better than you.

That I Was Born To Rule.