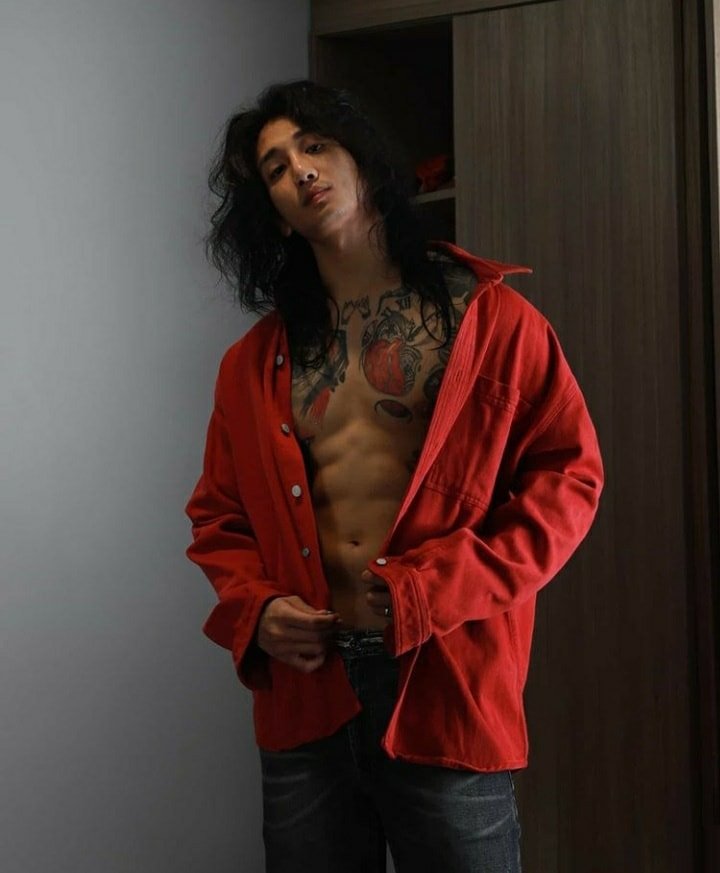 Everything had gone to hell. The golden age of the gods had come to an end, and the age of Heaven and Hell began to take its course. When the Messiah was crucified by his own people, he only remained dead three days before rising again. But when he did rise, it wasn’t to take revenge on those who had betrayed him, no he’d forgiven them. He had returned to put an end to the many pantheons of gods that had existed for so long. The people only needed one path to follow and thus he made it so. The pantheons had their different legends and prophecies that spelled their end, but little did they know, the Messiah was the origin of them all. When the Messiah came for the Greek Gods, they, more than any other pantheon, stood and fought, for they were the most prideful of all the gods. 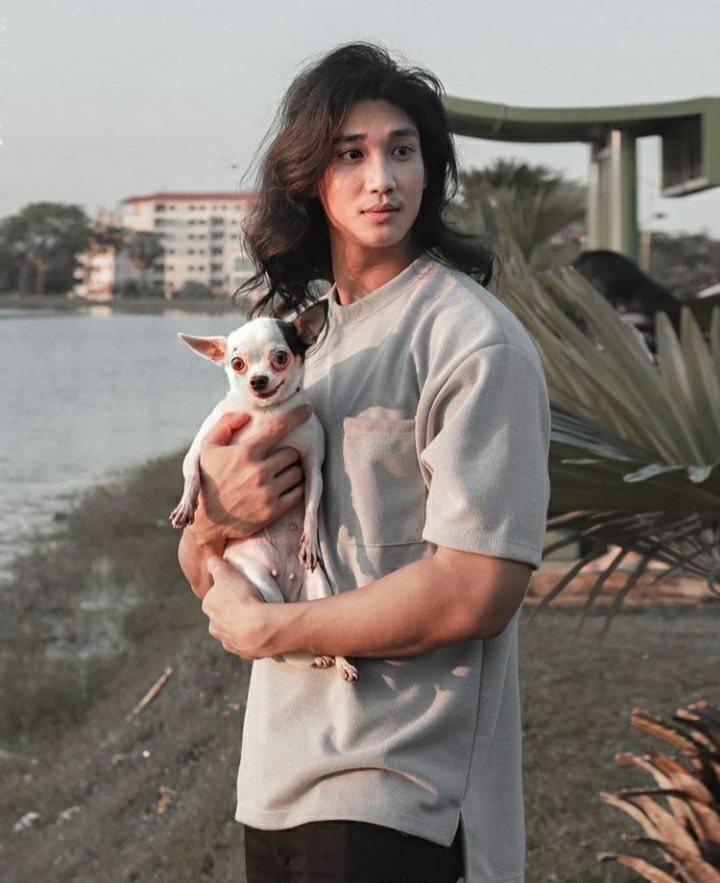 Not many knew more about the pride of the Olympians than the Titan Prometheus. Punished for caring about humanity and stealing the fire of Olympus to give to them, Prometheus was outcast and punished for his crimes. However, unlike many of the legends say, when he stole that fire, it was not the only thing he took from the forge of Hephaestus. While he was there for the fire of Olympus, he found something far more important and precious. He found that Hephaestus had a daughter named Pyralis who was not just special in that she was a child of the god of the forge hidden away, but also that within her was a flame so pure, and so powerful that it could be considered the primordial flame of creation itself. Because of this, Hepahaestus hid her away so that the other gods could not use her for their own goals. 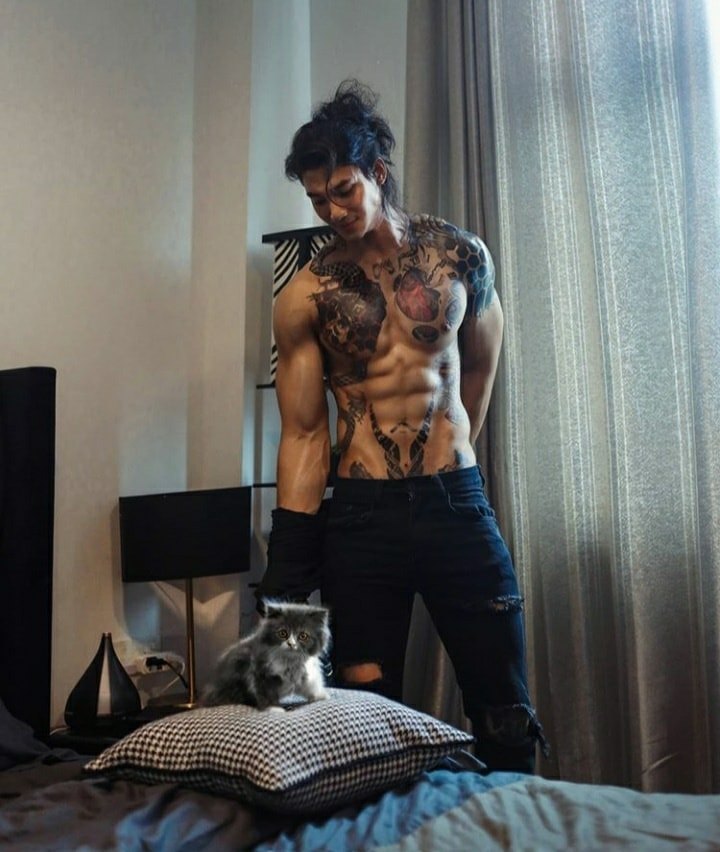 Prometheus understood this, of course, but he couldn’t bear to see her kept in the darkness beneath Olympus, and so he took her away from the forge as well when he left with the flame. He knew that the gods would hunt him down for stealing the flame of Olympus and gifting it to humanity, so he spent his remaining free time with Pyralis, showing her what the outside world looked like, and everything else she’d missed while trapped within her father’s forge. Before his capture, he hid Pyralis away, knowing she was far too special to fall into the hands of the gods. It was while he was bound in punishment that he found that Hephaestus, while ashamed of his weakness in being unable to protect his daughter, was grateful to Prometheus for freeing her, and forged the chains that bound him in a way that it nullified the pain of his punishment. Thus was Prometheus able to stand his punishment until Hercules later came to free him. 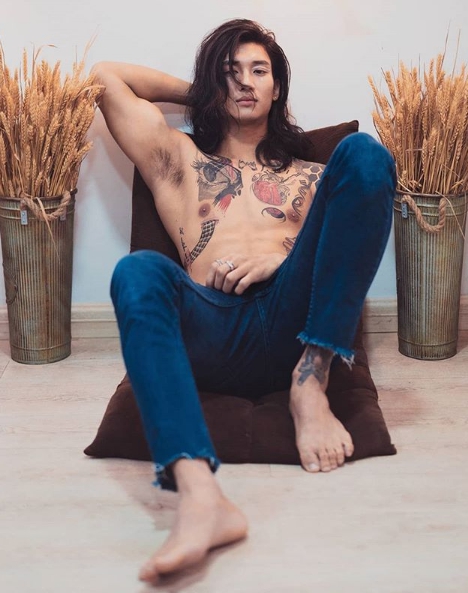 When he was finally free, the first thing he did was try to find Pyralis, who he had come to fall deeply in love with, and even more so during his captivity and punishment. However, he could find no trace of her, realizing that she was gone. At first he remained in Olympus, hidden in the shadows as he sought out information of her whereabouts, but could find none. This shattered him, though he was relieved to find out that none of the Gods had gotten a hold of her. She was just gone. Unable to bear remaining in Olympus, Prometheus left and headed to the Eastern lands. It was on this journey East that he met a Buddhist Monk named Tianwu Qiang and his companion, a powerful Swords woman who called herself Lancelot. Meeting the two of them greatly expanded his horizons, for upon meeting them, he immediately saw that each of them was powerful enough to wipe out the gods of Olympus alone. 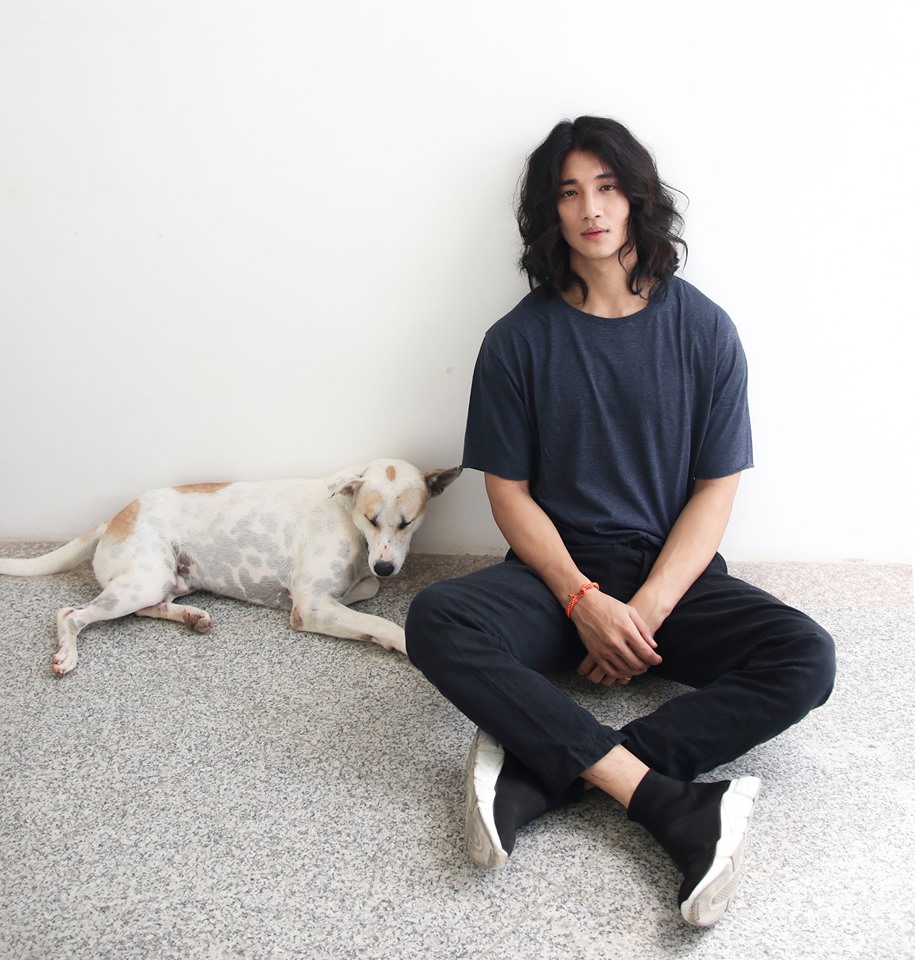 Through this seed, he was able to establish a connection to Eden and learn of the truth, that Eden was the true mother of all life in the multiverse. He learned that the so called gods had originally been meant to be guardians for humanity, not their lords. They were supposed to be Patron Saints, not almighty gods. Prometheus, of all the Olympians, had been one of the only ones to grasp this fact subconsciously, and it was this that had moved him to steal fire for humanity in the first place. Prometheus continued to travel with Qiang and Lancelot, not just to the East, but to other worlds entirely. Through many adventures, Prometheus forged himself anew, mind, body, and soul, able to cultivate to what Qiang and Lancelot explained as the Universal Level. His Primordial Mind Dao allowed him to expand and spread his mind and consciousness with nearly no limits. He was able to insert his consciousness into any object, or being and control them unless they were stronger than he, or held some special resistance to his godly awareness. 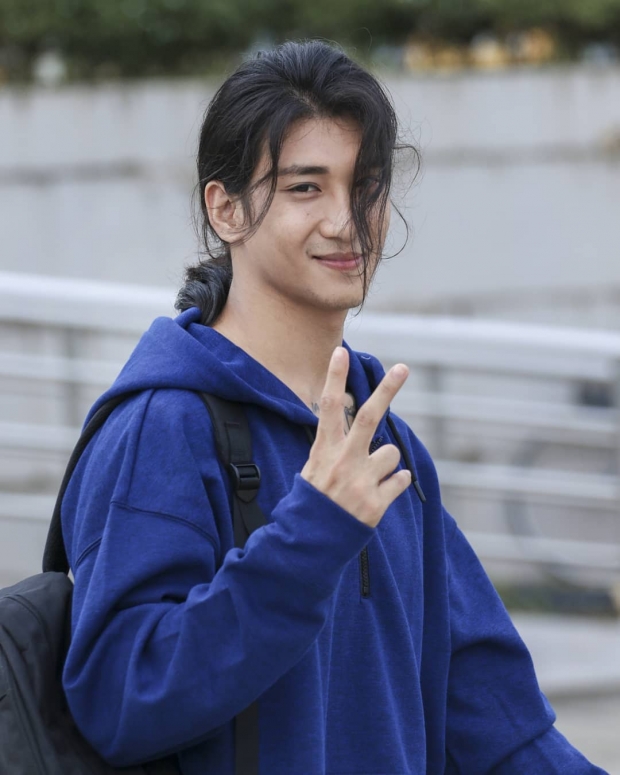 He could insert a part of his consciousness into anything, be it a pebble, or a mountain range, and whatever he inserted his consciousness into became his eyes and ears. This allowed him to be aware of what was going on in any world he crossed into. He also held vast Psychokinetic, Telekinetic, and Telepathic abilities. His Eden Seed allowed him to tap into the very source of mind that Eden had used in creating life in the multiverse. When he finally made it to Eden’s Crossing, the eternal city that surrounded and protected Eden and her Garden, he met other Eden Seeds, those who had been born from Seeds Eden had spread across her realms to become protectors of her precious life. He also reunited with other Olympians who had been freed of their shackles as gods, one of them being Hephaestus, who had reforged himself much like Prometheus had. Hephaestus told Prometheus of Olympus’ fall to the Messiah and his armies. Together they ventured into Eden and studied there for many millennia. 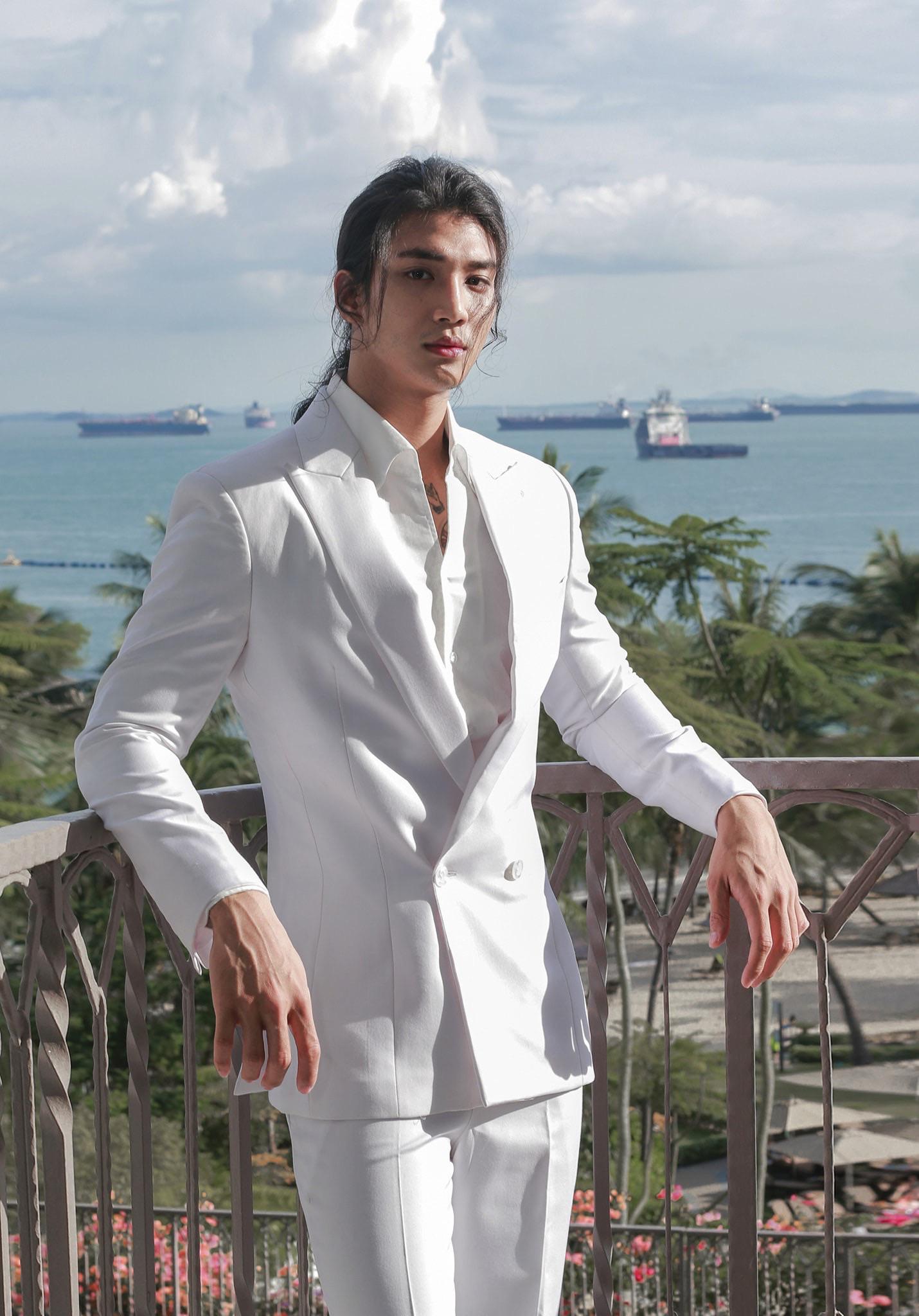 When they finally emerged, they had become even more powerful, and more sure of their new paths. Hephaestus had become Eden’s Lord of the Forge, while Prometheus had become her Lord of The Primordial Mind. Together they created a network of operatives that would work to help and reform any of the stray gods of various pantheons that they came across, showing them a new path of limitless growth and understanding. Hephaestus created a legion of dolls that Prometheus could insert his godly awareness and consciousness into and spread them throughout all of the realms, worlds, and realities via the World Vein, a system of ethereal tunnels, doors, and worlds that connected all of Eden’s creation. Prometheus was finally at peace with himself, and his path, though he was always missing something. One day, Hephaestus reached out to him and revealed that he had found his daughter, meeting her in a realm called Hellifyno. Finally, he had found what it was he had been missing. His love, the spark that had started his journey to his current self. Once he settled his affairs out in Eden’s realms, he returned to Eden’s crossing to await his fateful reunion with Pyralis, wanting to share his new world with her, and help her forge a new path all her own. 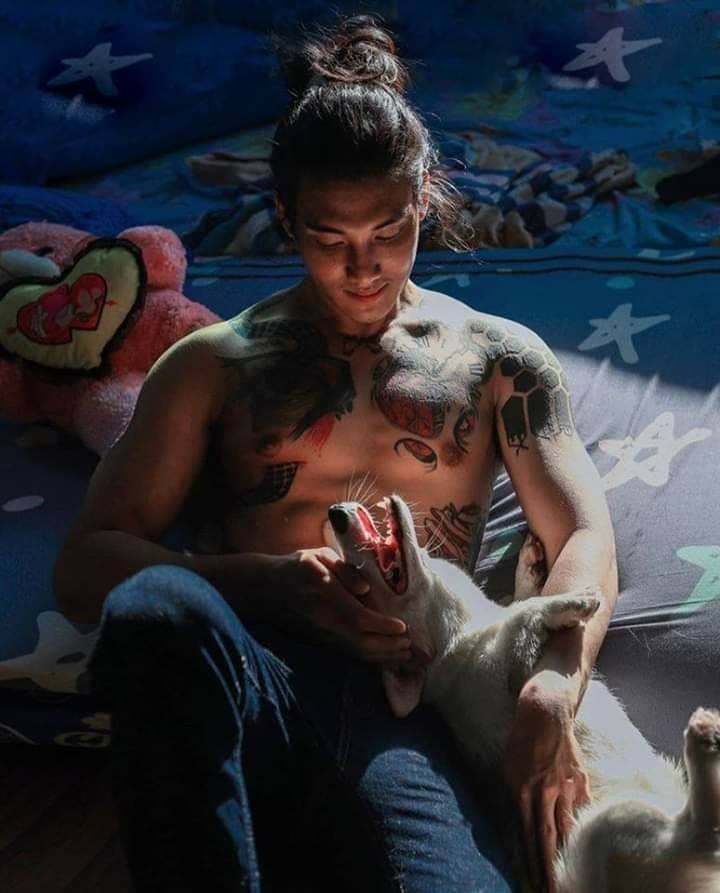 Eden's Lord Of The Primordial Mind.