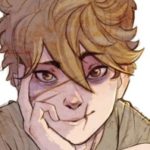 Physical: His physical strength and speed are beyond unnatural

Even in birth, it would seem that Jimmy Grayson was destined to be evil. Upon birth his mother died leaving him with his abusive father. As he went through his childhood he was diagnosed with congenital insensitivity meaning he was not able to feel physical pain. His other mental illnesses are schizophrenia psychosis at times he is delusional. Those, of course, are only a few of his mental illnesses all of this combined with the abused he receives from his father pushed him over the edge. Which lead to one lonely rainy night while his father was passed out drunk Jimmy grabbed a knife and slit his father’s throat. As he watched his father bleed out that was when he truly knew what his calling was. From there on he spent eight years of his life training and searching for the thing the voices in his head told him to find. Now, what was it that he was told to find well after two weeks of searching he found a cult. This cult was dedicated to a long-forgotten evil deity. Once there he slaughtered every one while he was killing everyone the evil deity saw his chance and upon the death of his last follower, he made a deal with Jimmy.  The deal was if Jimmy became the deity’s champion he would be granted the powers to kill who and whatever he wanted. Of course, Jimmy accepted the deal once he was given the new powers he allowed himself to be taken into a mental asylum. This kicked off a horrible massacre leaving nobody alive he has now spent his time killing and spreading fear.

Everything will die in time