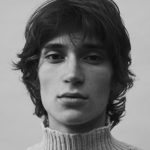 Tel looks down at the knife in his hand… I’m dying anyway he thought, might as well end it here and now. Mom, I’m sorry for everything, where ever you may be at, I won’t be joining you. Cancer really does suck. Tel grabs the knife, as he’s about to thrust the knife into his heart he hears a faint whisper.

“Hey, kid.” whispers came out of the nothingness.

“HEY!” a loud thunderous boom came from above him. “You humans are so 4 dimensional.” the voice said. “Killing yourself is a waste don’t you think?” he asked.

“Well invisible man in the sky, if you’re even a man…” Tel explained. “I have cancer and no money so I’d rather die quickly and hopefully painless.” He wasn’t sure where to look or even where the voice was coming from. “Uh what are you?” he asked.

“Consider me a higher being than yourself.” the voice explained.”It’s your lucky day, well both or our lucky day.”At the corner of Tel eyes, he sees a shadow of some sort quickly darts from tree to tree finally darts up towards him. “Do you want to die?” the shadow asked.

“The names Thirteen.” the shadowy figured said. ” Now, I can cure your cancer and basically save your life but there’s a catch.” 13 said.

“Any… anything to stay alive!” Tel hesitated.

“Okay, you won’t die per se but I’ll be taking over your body…” 13 explained. “I’ll need your consent though. I’ll have full control but your consciousness will still reside within us both.”

“What else do I have to lose?” Tel said standing up. “Alright, you have my consent…” He stopped talking almost immediately, a great force smacked into his body knocking him off his feet. His body laid there twitching on the ground. After a short while, he stood up from the soft ground brushed the dirt off his clothes.

“It’s been longer than a decade since I’ve played with you humans.” 13 said taking a deep breath. “Tel you there?”

“Still here, sir” Tel said surprisingly. ” Uh, this is all blowing my mind, I feel amazing!?”

“Right, I told you so.” 13 smirked. “Now we’re a connected being, you’ll feel what I feel but since I’ll be manning your meat suit I’ll feel the full force of the pain. But if I were you I wouldn’t worry about me.”

13th dark celestial being created, the last to be created.. the "strongest" created.

Well, where to begin? Let’s start with me…  I was created last, with 12 other “siblings”. Some think of me as a “demon”, humans and their labeling. God, I hate that word. Oh, and God is not what you think it is. I go by 13 since well I was the 13th born into this cosmic reality. I’ve had a rocky relationship with humans from the beginning. When I finally had a human body, I get condemned to a fiery fate. I wish they would realize it doesn’t hurt nor kill me, it kills the human that lets me in. Once the human dies I get thrown out of their body, that part sorta hurts. I don’t get why they burn people at the stake… I was born into darkness, some of these humans are dark as they come. I’m here to change that, as crazy as it sounds.

I’m simply tired of the dark, though it is tough to let go. Or maybe I’m tired of everyone painting me of what they assume darkness is.

My original body is just a dark/light mass of celestial stardust, all put into a body. Which on Earth it’ll be too much for the humans to take in. I now have, let’s hope, a permanent human body. I have to get their approval beforehand…

Cloths on my back, a plethora of abilities, a knife, my friendly human consciousness and a coin. (coin has yet been described.)

Humans need to be dealt with… from emotions, to being so damn gullible.