Kage-Hime is also from the world of Tenrai. She’s a sand mage who uses Obsidian sand. Each bit of sand that she has in use is connected to the black stripes across her skin.
Family/Relationships
Parents: deceased

I am a Priestess of the Goddess of Love

I’m a traveling priestess, and I’d been to every last place in Tenrai that I could. So, with the help of a little friend, I was able to travel to other worlds. But this one? I liked this one. So, I decided to stick around. After all, this place seems like it needs a bit of love~

Long, dark brown hair and emerald green eyes. She has black stripes covering her pale skin, which are made up of obsidian sand. She has a /very/ large bust, and is commonly dressed in bright purple priestess robes. Kage-Hime carries herself with an air of authority, and has very faint black stripes on her ears and tail, signifying her status as a Tiger subspecies. 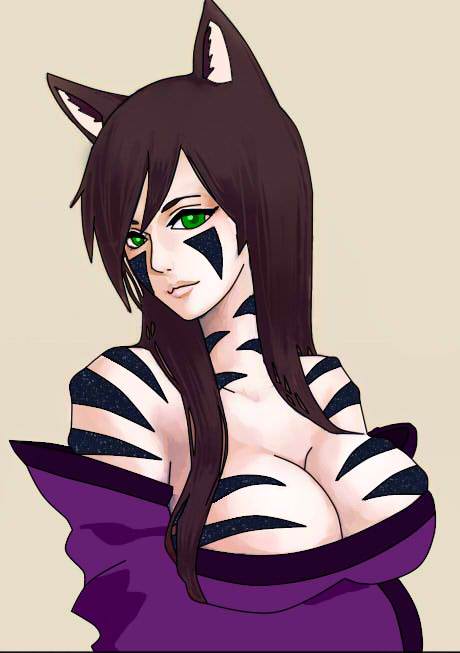 Her staff, her sand, and a small pouch on her waist that contains a hammer space.

In love above all else.