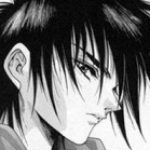 Title: Nominated by many as a Ruler of all Hybrids in the Florren region.

Age: Although I generally appear 17 – 32 years of age I stopped aging a long time ago as my real age would make me be easily over a millennium years old. At least to most, to Angels or Vampire’s or other immortal creatures it wouldn’t seem like I m all that old at all.

Hair Color/Fur Color: Generally will be Black or Gray in sunlight at times.

Eye Color: Changes depending on my form or mood I will say what it is at the beginning of a rp and will mention something about it if it does change. But normally it is either a aqua blue shade or a crimson red like shade.

Gender: Male well to tell the truth I do have shape shiftier like powers, so I can change that about myself if I wish though I almost always will remain as a male however if your character for whatever reason happens to get mine drunk off of something then maybe you will see that.

Species: Well I was originally just a Elf/Fallen Angel hybrid however due to various experimentation’s lets just say I have a ton of other things within me now to name a few: Inu, Neko, Sea Serpent, Merman/Mermaid, Vampire, Werewolf, Frost/Lightning/Darkness Dragon, Human, Angel[Light], Demons[Various kinds here] and well quite a few other things however needless to say normally only my Elf, Vampire or Angelic sides will really show. [ If you want info about a specific one I can give more details about it as in what powers from that species Kain posses etc. ]

Family:  Kain has a Younger Sister named Miyuki and he also has a Twin Brother named Shiden that was similar to Kain in every single way it doesn’t madder if it was how they looked, or how they acted they almost acted like they were the same person. Although Kain doesn’t know what happened to them after they all got separated from each other so now he just travels around in search for them even though he doesn’t even know if he will ever find them or not…he did originally find them in the end. (( So check my stories out if you wish to rp with Shiden or Miyuki. ))

My one and only rule is: I will not Godmode this character so please don’t godmode your character either or kill him in general and yes I mean he does have quite a few weak points even though he is rather strong and what not.

Although its not really a rule but I will add that I generally do 18+ rps but rping something pg 13 is also fine with me.

Again not a rule but I am fine with any rp type as far as first, 2nd or 3rd person go any is fine with me there. I myself will generally rp paragraph style and inbox or comments chat every now and then is ok as well along with just rping script as long as its long enough to respond to ie. 2 sentences or a very detailed one sentence then that is fine with me as well.

Although I personally do prefer paragraph rp since there is tons of details to go into my writing when it comes to this character.

On a side note if anyone wants to know the specific details regarding a specific form or forms of his feel free to ask and I will give you the specific info I m going off of for that form for instance with his Elf/Fallen Angel hybrid form or the way he was born pretty much he appears around 6’5″ feet tall with pointed ears from his elven heritage and with a pair of black wings that can appear and dissapher as he wishes them to, like most angels he will have a certain air about him however like most Elf’s he can hear things from a great distance and connect with most creatures and tends to love nature over just about anything and of course because of his angelic side he can fly for great distances if he wishes to…but yeah that is basically it for that form other then how he looks which he will have black hair.

Nominated by many as the ruler of all in the Florren region.

Never really thought about that I suppose Pansexual.

Varies depending on the form.

He has Magic & other stuff ie weapons on him a lot.