Empress of the Hellscape 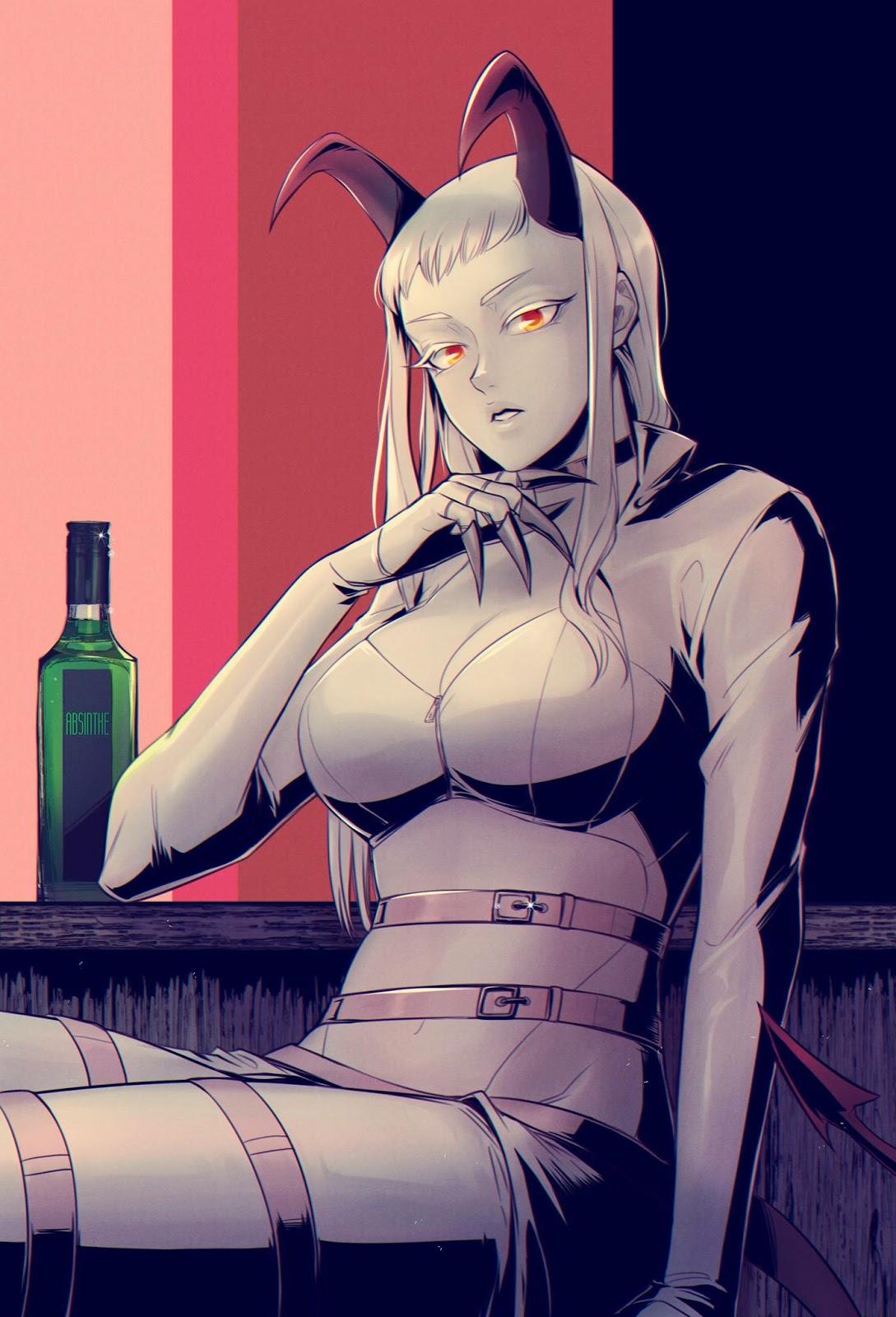 Kasdeya was the first daughter of Lilith and  Samael. The old rulers of the Nine Hells.  She was a succubus demon with a lot of power from her mother and in time she became friendly with humans. Mostly with a young girl named Sunny. Soon she fell in love with Sunny and married her but the love did not last. This left  Kas cold and cynical when it came to love. Soon she sought out the  Dark god’s cloak.

She used this new power to dethrone her mother and father and now rules the nine hells herself with her daughters as the enforcers. She starts a new life and only time will tell if her and her kids succumb to the darkness on them or they can keep control.  Only time will tell.

{More will be added as other add to her story.}

a demonic creature of unimaginable power. They also powers that are beyond the comprehension of that of lesser demonic beings and are able to rule over an entire pantheon as their god out of both power and fear.

Absolute Immortality: Possess the everlasting life of a god.

Absolute Strength: Possess the infinite strength of a god.

Chaos Manipulation: Cause and control chaos.

Sin Empowerment: Users are augmented by all forms of wickedness.

Chaotic Form: Often times, transcendent demons are mostly in a body that hides their true form in order to keep their true power hidden.

Corruption Manipulation: Cause and control corruption.

Darkness Manipulation: Command all the forces of darkness.

Reality Warping: Become capable of warping the fabric of reality in anyway the user sees fit.

Singularity: Become a demon with no equal.

Darkside View: Users able to look inside the souls of another creature and are able to create or turn them into their own dark side.

Demonic Weaponry: Create powerful demonic weapons that are specifically suited for the user.

Divine Slayer : User is powerful enough to slay even the greatest of gods.

Hell Lordship: Users are able to take their place as ruler of hellish and demonic realms.

Higher Consciousness: Users are able to enter a state of awareness uncommon to lesser demons.

Human Disguise: Take on a human guise to blend in with human society.

Metaphysics Manipulation: Transcendent demons have access to supernatural abilities and powers that are able to affect the world on a universal scale.

Hypercompetence: Be masterfully skilled at everything.

Omnifarious: Take on absolutely any form at anytime.

Prime Being: The first and most powerful of its kind.

Regenerative Healing Factor: Regenerate from almost any form of injury.

Size Manipulation: Can grow or shrink to immeasurable sizes.

Teleportation: Can move to any location in the blink of an eye. 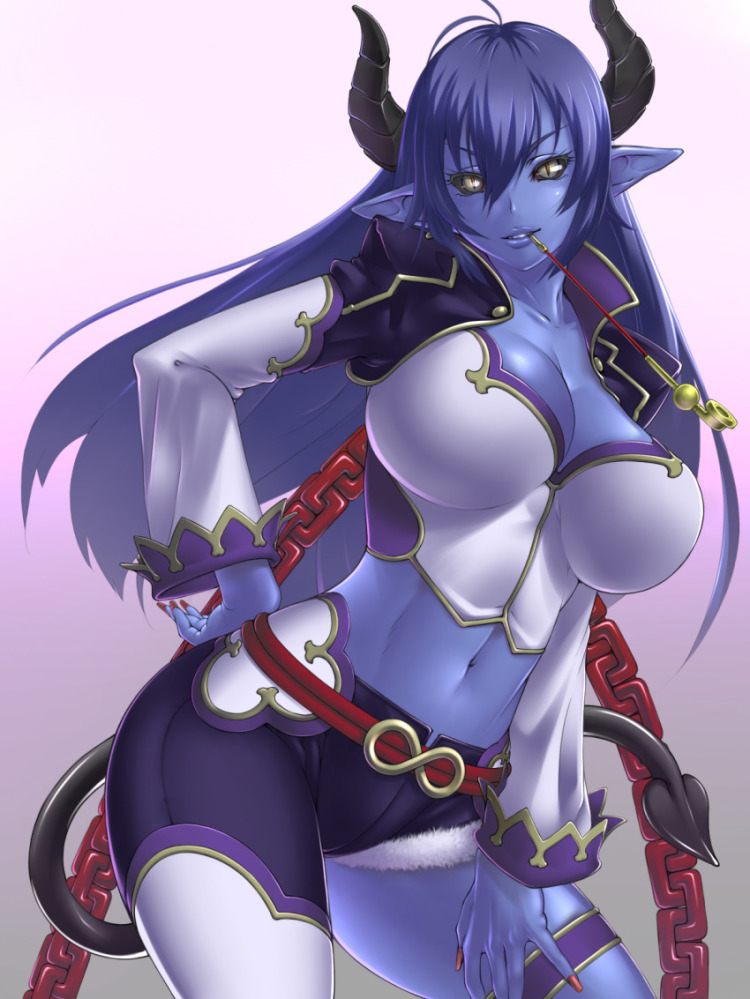 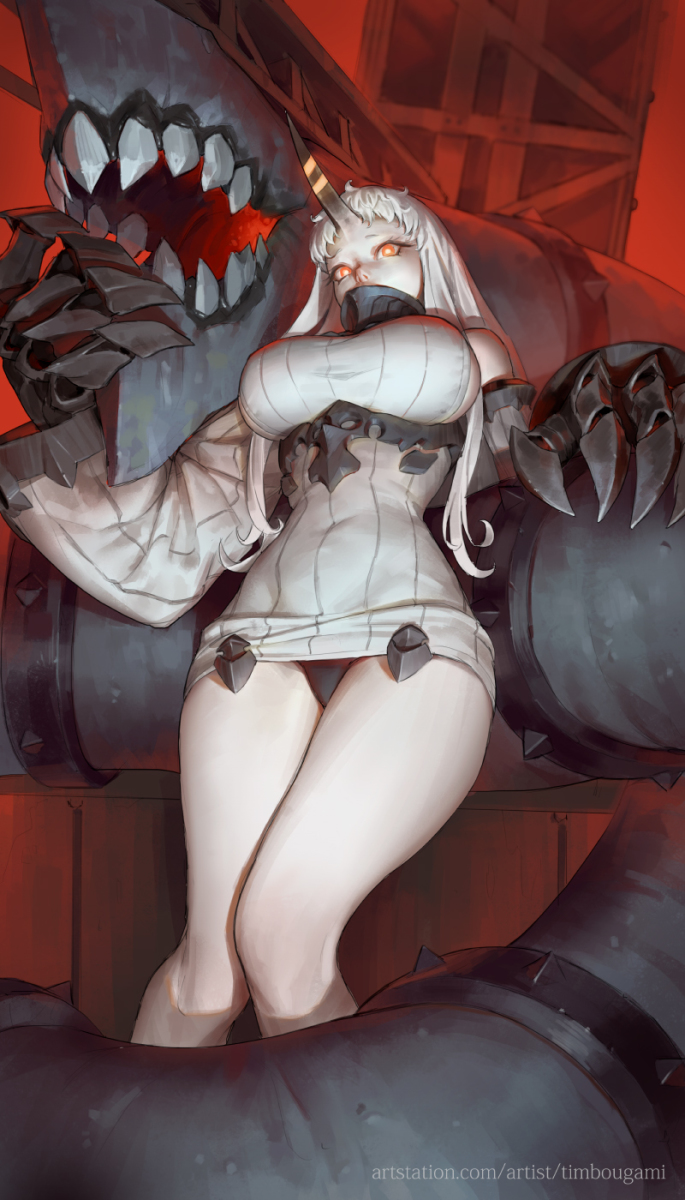 After the failed love with Sunny, Kas became a cold hearted and cynical women. Still her soft side lingered in her so in time she would break down her walls with people she felt genuinely close with. But on the other side she is rather sadistic and Ruthless when it comes to ruling the nine hells and anyone who tries to harm her family and friends. Even Iniro understood her knew power and chose to leave her alone. Who knows. perhaps someone special could melt the cold heart she now has. 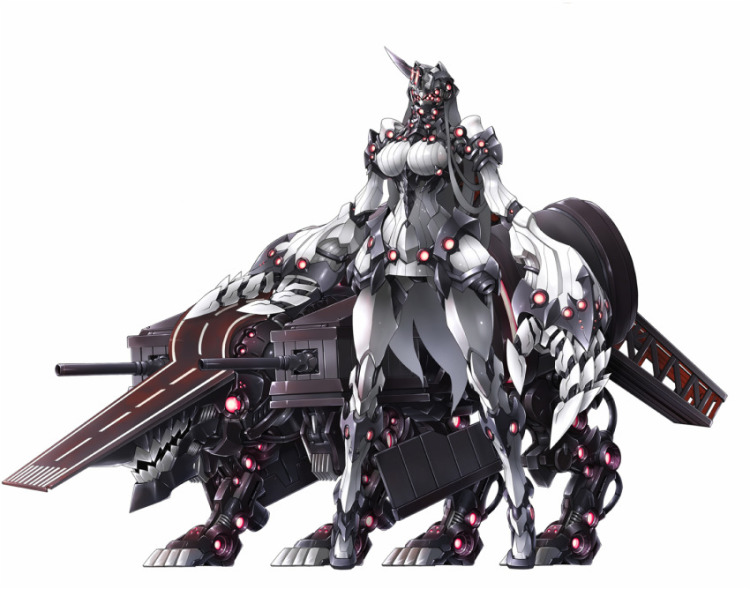 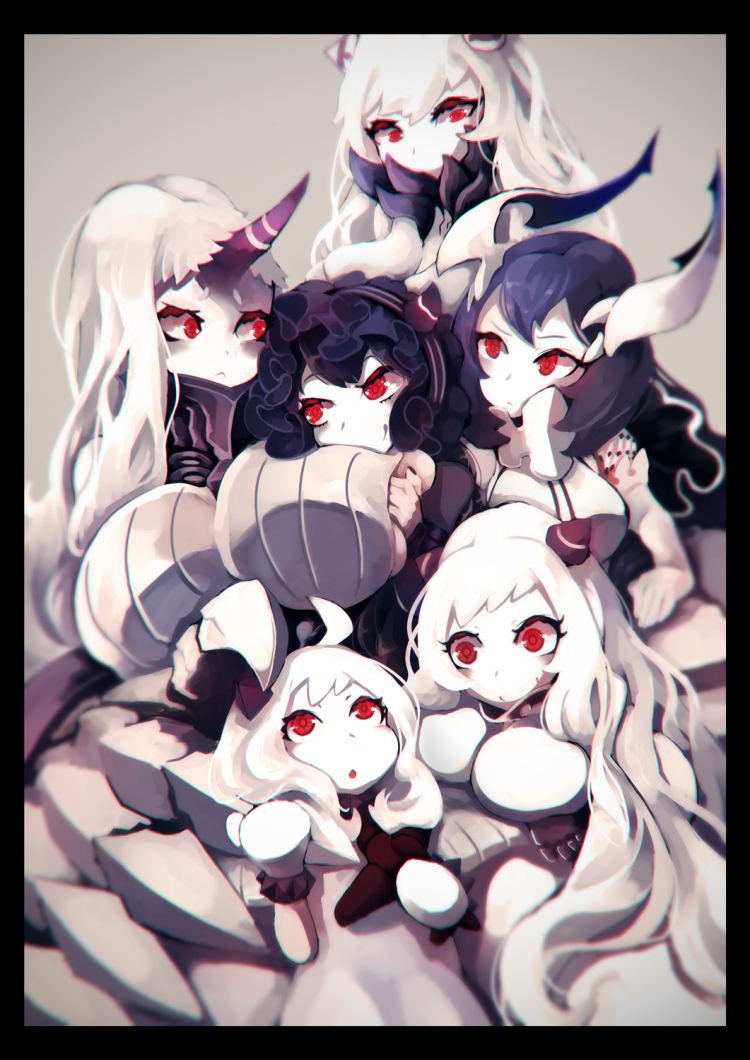 Kas was not the only one gifted with a new form and body but her children as well grew stronger and had altered appearance. Some of them even had personalty shifts as well due to the corruption 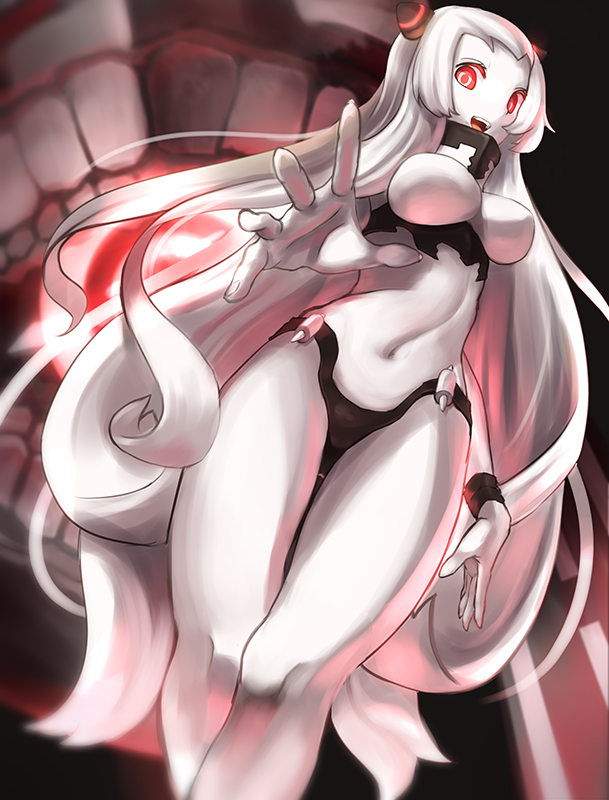 Delmonda formally Deldrick was Kas; first son until the cloak not only changed his power but his gender. It took some time to getting used to but Delmonda accepts her new life and form and as the oldest child she still commands the legions of hell who even when she was male The solders dared not question her orders Like her mother she holds a friendly look to humans and hopes one day she too can find love like Kas did. 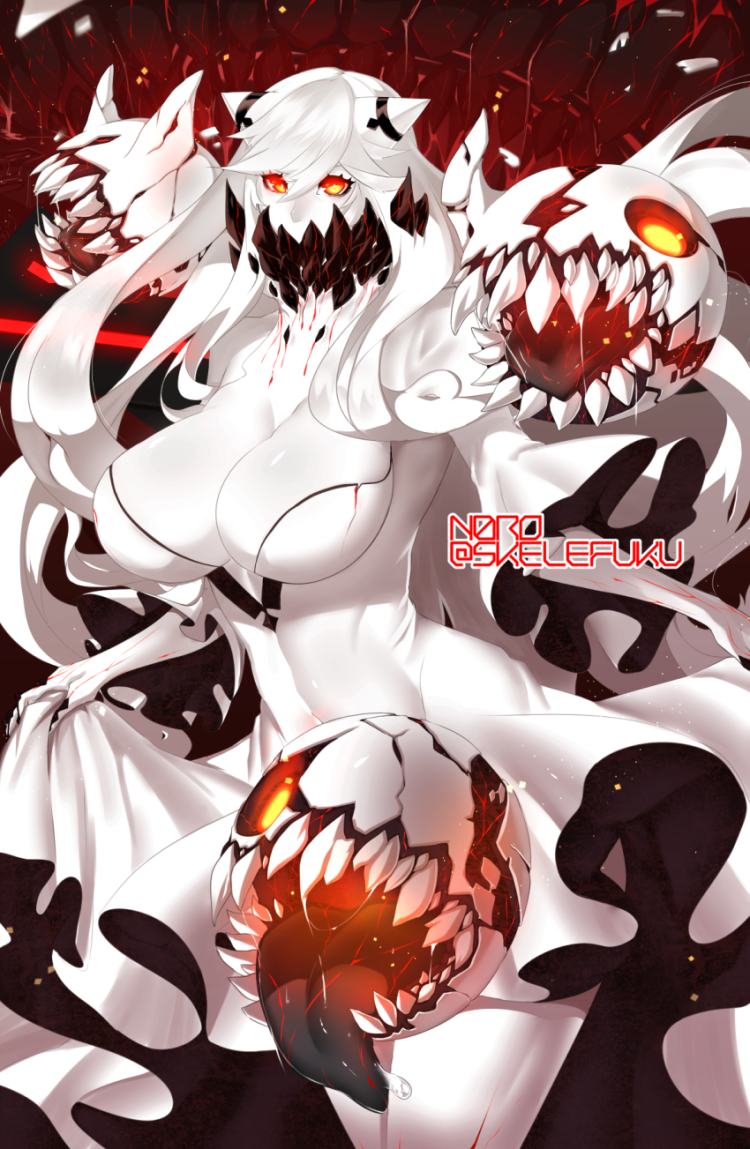 Dusk used to be a petite little demon but like the other her body changed and like her mother she grew larger and more matured looking. Out of all the kids she hates her change the most because she took on the Gluttony power…which caused her to have a grotesque mouth that she hides under a mask and she controls the Dark eaters.

She hates her looks and her powers so she tends to avoid conversation. 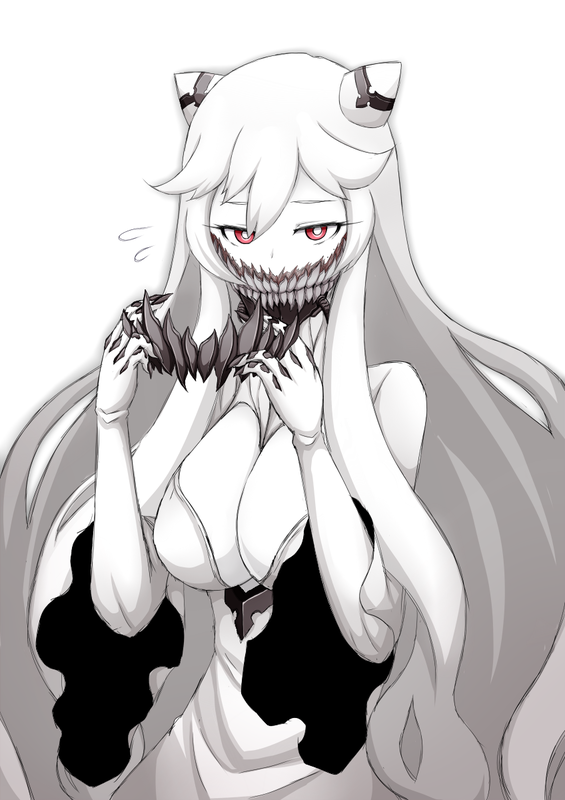 Aura even though she is only the third oldest she holds the most power and is next in line to the throne. Due to a forced encounter between Siclides and Kas, Aura was born. She resents her father even though she shares much of his and her mothers power. She always felt out of place in the family even though her siblings never treat her that way. but many of the other demons find her a monstrosity and tainted though none would say so to her face. Her heart is gentle and she can be rather timid at times. just dont piss her off as she shares her mothers’ bad temper. 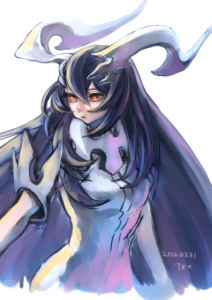 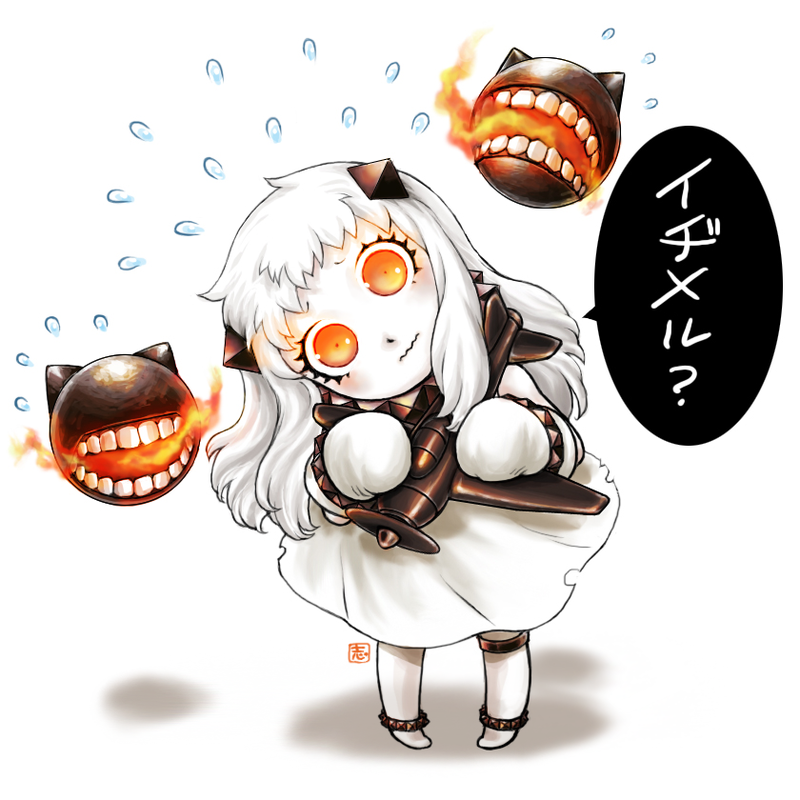 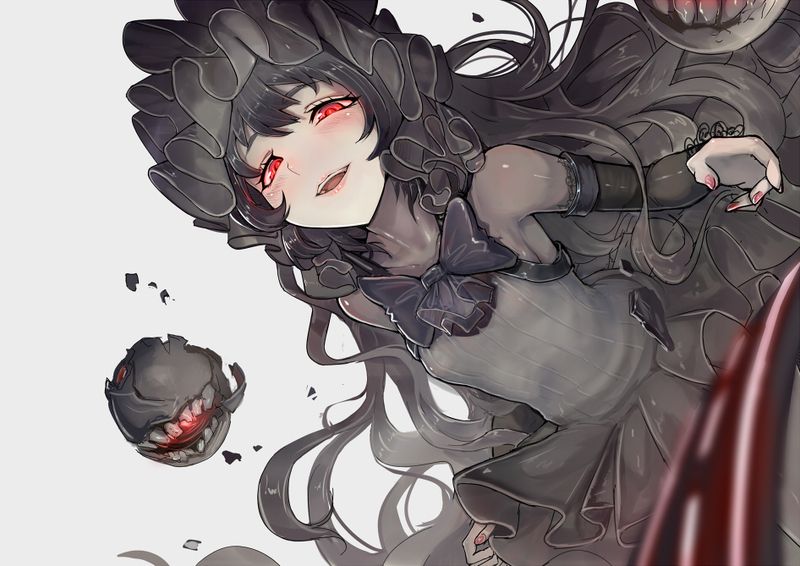 The youngest and twin sisters Ona aged slightly from her change but not much but due to how young she was she took on the most corruption which made her look alter more then the rest She became rather sadistic and hates human though she never disobeys her mother and older siblings. She loves her family greatly and is very over protective of her twin Anna. Who is much more timid.

Ana even in spite of her age did not seem to be effected by the corruption, Kas thinks this is due to her twin Ona who is so protective of her that she even pulled the corruption away from Anna and into herself. Anna is a very playful girl and is more human then demon when it comes to her personality. She is very trusting and friendly but this at times gets her in trouble. 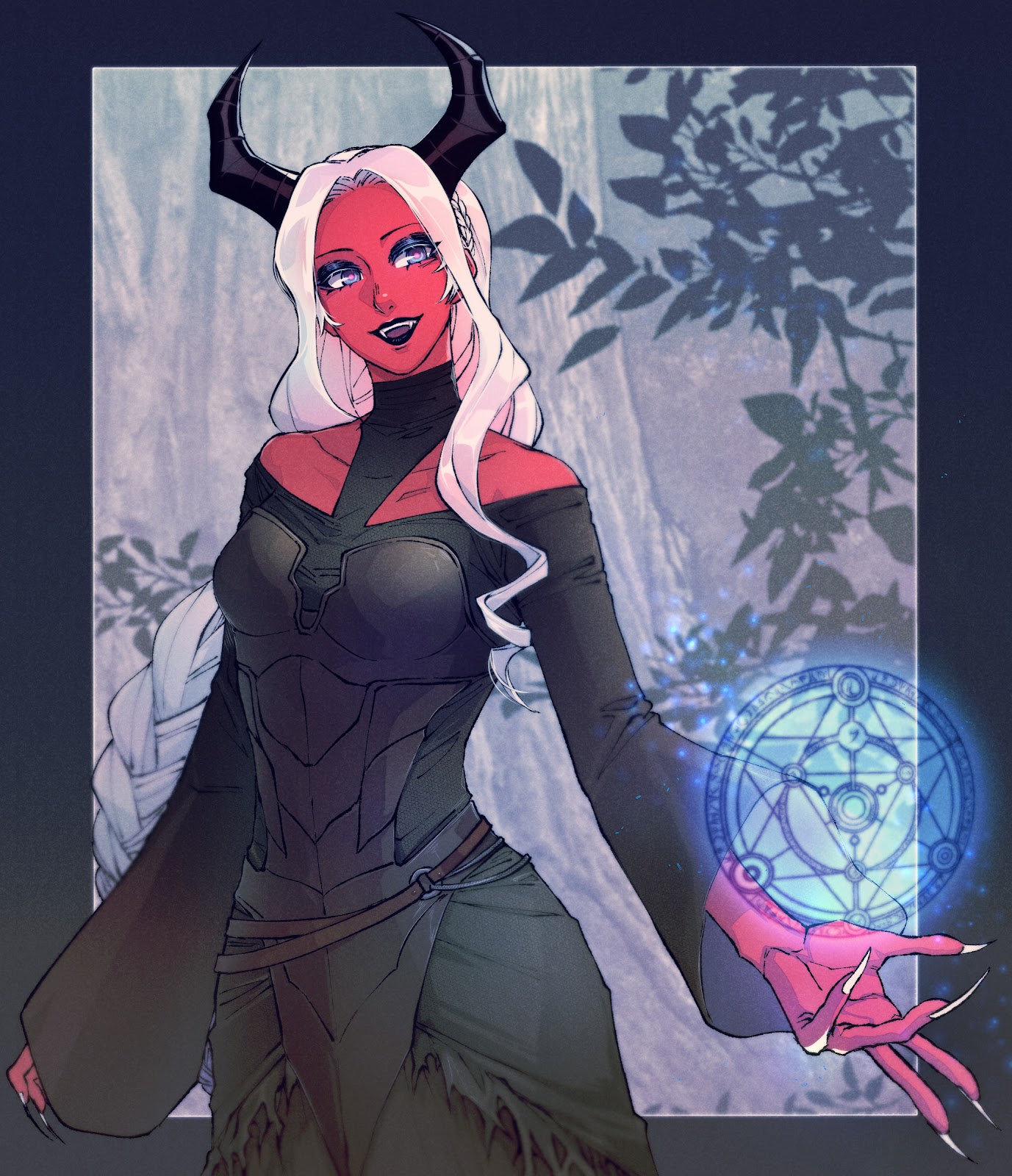 Technically her younger daughter but due to the time dilation from the 500 years in the eternal arena caused her age to be the same as  Aurora. She currently lives in Kili Toda and serves in the Grand Library of magic and artifacts.