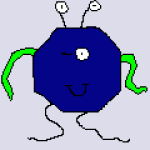 As long as there is light, there will be shadows.

As long as there are shadows, dark beings will hide in them.

Darkness and hate exist as a counterpart to light and love

One is a beautiful lie,

The other is a painful truth

That depends on you

In a nonsexual dating relationship.

FBI agent who went undercover as a sniper in a secret organization. I was compromised and captured after a successful job and the FBI denied anything to do with me. Consumed by rage, I broke myself out of captivity and rejoined the Organization, this time as a true member. My first job was to prove my loyalty, so I killed my handlers from the FBI. A woman who had been in love with me, and a man I had looked up to as a father. I became the top sniper in the Organization. I became know as the Wraith. Any who I put in my sights would die. I never missed, and never cared. In an attempt to make their members more powerful, the Organization put many of us through experiments. I was one of the few who came out changed for the better. The scientists wanted to give me the sight and agility of a panther, and somehow achieved much more than that. I now have cat ears and a tail, cat-like agility, and cat-like eyes that can see in the dark. I have also gained the ability to change to and from a black panther form. Though no one knows of this ability but myself and one agent who I have grown close to and work with as a partner on sniper missions. His name is Gin, and he went through the same experiment with wolf genes instead of panther, and came out like me. He and I became a sniper team that none escape from and none can beat. We also sell our abilities to the highest bidder, no matter who they are, or who they want dead.

Sniper rifle. Several daggers at all times. Spotting scope. Guitar and guitar case with hidden spot for my rifle.

Everyone in the world is born with a bit of good and a bit of evil in them. It just depends on which you chose.