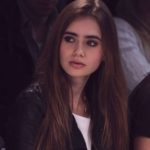 She doesn't know just yet.

Keva was born on a planet called Inferis Mors. The planet was known for buying, trading, using and selling slaves for many gruesome reasons. From an early age, she was put to work. She was used for work in the palace, until one day. She was set free. By what she thought was one of the royalties, but was actually her mother, who was also enslaved. The two nearly got out, until they were caught. The giant phoenix was shot down out of the sky and later used to carry around the royalty. As for Keva and her mother, they were enslaved for twelve more years before a rebellion was started.