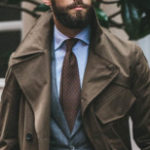 "Jus' a simple adventurer looking for some action, and loot!"

Born late in the era of the crisis with the Yellow Mist and the chaos of many wars raging on Hellifyno at the time. His father was always a mystery in his young life, all the other kids had one. But his mom only ever said that his name was… Cage. Johnny Cage. But then she was taken by the Yellow Mist and shambled home to try and slay her seven year old son. Orphaned only a few years into his life, Kevin was beat into a survivor cause it was either live or die at some point. Give up? And rot in the house? Or get out of that place and look around for something he could use. So he did… using his still developing mind to make techniques for crafting gear and useful items for survival. Spending many years alone in the wilderness after realizing living in the city sucked, where he found a vaguely familiar land with soft trees and strange animals. They built huge mines into mountains to find valuable ores and minerals when times got tough, selling it to merchants. Fighting his way into/out of abandoned mine shafts (for loot ofcourse) and kicking monsters in the face. All in the name of making it work, and eventually? A boy becomes a man, well known for his dependency and flexibility. Kevin can weasel his way out of any situation, be it surrounded on all sides by mean thugs he turns to trusted friends? Or sprinting his way out of a temple full of zombies, blasting a way out with a double barreled shotgun. The adventures he takes himself on really have no rhyme or reason, looking for some sort of a goal. In truth he steals loot for the pure excitement of it and the thrills that it offers. Most loot isn’t free ya know, usually some sort of traps or guards there to deal with. Over time he’s learned when you can avoid a fight, and when to hop in one when you’re in the right. Those hands have a mean spark to em, and he can hold his own in a brawl. A trenchcoat being a well known symbol of his presence, swinging behind him as he runs for his life from a giant spider. At the end of the day? He’s just a conman selling treasure for money to fuel his ambitions
—UPDATE—
In light of recent events? Kevin has become a Ghost, blown to smithereens in the devastation of Hellifyno

At a moderate height of five foot eight, he is no tall man for sure. Making it easier for him to slip into snug places or hide outta sight if he needs to. Keep that beard in the shadows, pale skin… with bright blue eyes hidden among ragged brown hair that he keeps short. Light brown, with splotches of darker areas when he’s sweating or something makes it wet. But his clothing is always the same, he eats sleeps shits and lives in this trenchcoat. Underneath of it however is some more clothing as well to cover his form, a blue shirt and vest with long sleeves and dark blue pants. A nice little tie he wears in irony, for he is no gentleman out here breaking jaws over ‘Who stole my little razor blade’. Heavy trodden boots for adventuring, and typically bandages on his hands to mend himself after busting them up on one of those soft trees.

Despite his best efforts to never carry a bag on em, from time to time he needs to bring a sack. Most of the time though he’s able to carry his usual goods, a tiny razor blade. Some wire, rope, a bit of cloth…? Bandages. Stuff like that, but his inventory varies alot. Sometimes he’ll appear with an axe he made himself out of stone, other times a very blunt object like a hammer. Or club, spears and bows. Guns, anything he can get his hands on and shove into some sort of a weapon or tool he’ll make it. Give him a bundle of logs and ten minutes, he could make a set of wooden tools out of the trees that grew in his land. In most places though, trees can not be cut down by hand so he must adjust when he has to. Other than his clothes though, his inventory will always be random

In truth? He longs for companionship, even as much as he’ll try and deny it. Loot just fills the hole, the excitement and the adrenaline makes him forget the loneliness. But he toughs it out, cause you just gotta keep on keeping on.

"You've gotta make lemonade, and keep that frown upside down."