I was born in a time when the Roanoke colony  went missing, truth was the colony was never missing. As a matter of fact they went underground  with the aid of an ancient artifact. They called it the Croatoan or in alien term; mother box that was used for transportation and other things. Their skins began to change into a darkish blue started a cult that lead to them learning dark magic such as necromancy.  They could even change their form into beasts called horriguls when they combine with their familiars.
A familiar is an animal that is linked with a witch  and give them a boost of magic. For many years the Roanoke colony have been in the dark of the outside world believing that their town; Limbo town was the only thing that is real and everything else is false. When those who speak out about another place they were easily taken down by    Submissionary Judah; the leader of the cult and protector. He was the one who everyone comes to when ever they need his say so.  Thats enough background, lets go back to the real reason why you are all listening.
Klarion was a boy who likes to have a bit of fun and go on adventures, he never met his father before since his mother claims that he is dead. He has a sister that nags him and always rats him out when ever he plans to leave home and go out to where ever he wants.  Klarion even got beaten by Submissionary Judah from his actions, which cause the boy to run. later on he went top side meeting new people who wanted to manipulate him and take him back down so that they could capture Klarions people. He ran of course but they followed him and attacked Limbo town.
He found Submissionary Judah who had taught him how to become a horrigul with his own familar Teekl.  Teekl was an orange tabby who had black stripes on her back. When they transformed they defeated the outsidersand he was nominated as the new Submissionary. But Klarion did not want the title and gave it to her mother and went out to adventure beyond  the top side world. 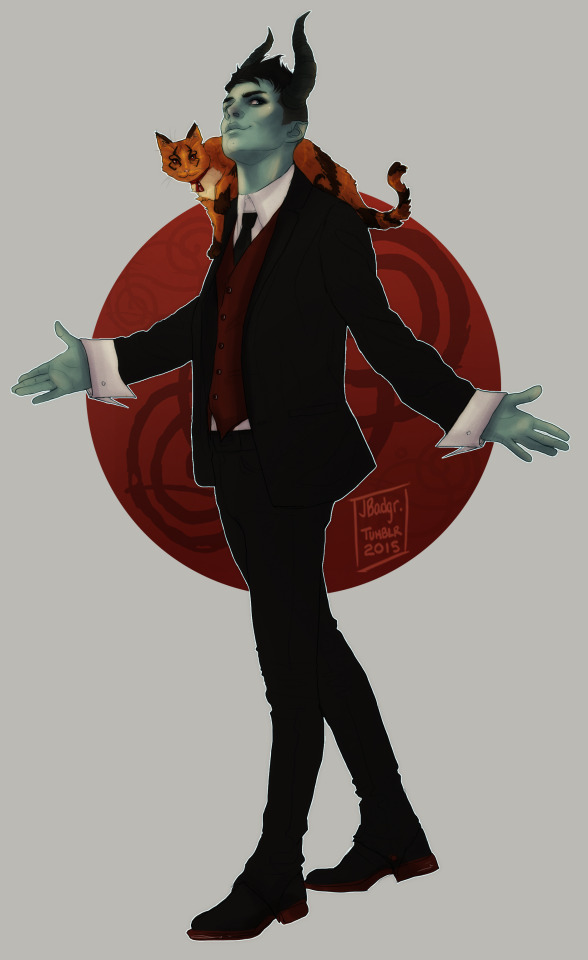 Klarion would train by the hands and knowledge of one Mistress of all evil. He saw her as an Auntie, one that made him feel special in a way. Surprisingly she can tolerate his antics and banter rather well. He does try to simmer down a little when training in the mystic arts. When the time came Klarion. had to depart and traveled the world once more to discover new secrets to the realms.