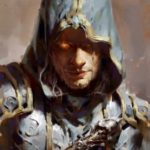 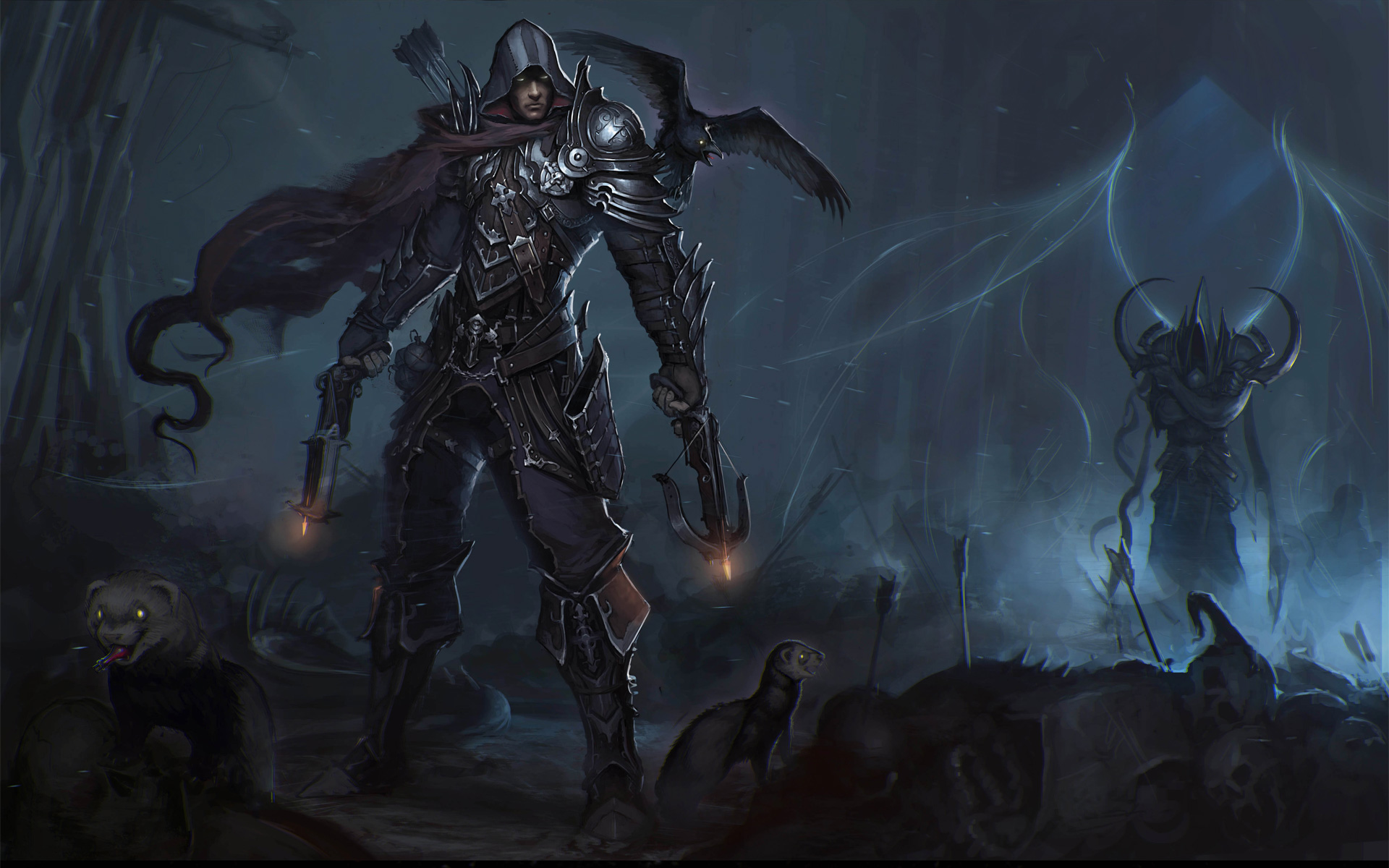 The demon hunters are a group of fanatical warriors sworn to a single purpose: the destruction of the creatures of the Burning Hells. The demon hunters make their home in the Borderlands, away from the jurisdiction of any nation. At any time, over half of them are dispatched to various parts of the world to fight hellspawn. There is something in all demon hunters that gives them the strength to resist the demonic corruption that would drive lesser men to madness. They hone this power, for their resistance to this taint enables them to use the demons’ power as a weapon. But their mission and their power are not all that bind them together.

Kovan fled from his village as a child during a demonic invasion. He was the only survivor. After many days, he was found by a Demon Hunter and was taken in as a member. Without Armor, this is how Kovan looks.

With Armor, Kovan looks like this. But, as he buys or finds better items, his armor is always changing in appearance.

The official bio of the Demon Hunter is of a survivor of demonic attack. The class is made, not born; existing Demon Hunters find survivors in their travels, and those with spirit and skill are inducted into the order and taken to their training grounds in The Borderlands where they are trained in the combat skills they’ll need to take vengeance on the monsters that destroyed their families and village.
Demon Hunters use every tool at their disposal to fight monsters, including traps, gadgets, and bits of dark magic. The glowing eyes of the Demon Hunter in the cinematic introduction is meant as a hint of this willingness to experiment and dabble in the dark arts.
Many of the class skills reflect this design, with their combination of several of the core elements including, “tactical,” “traps and gadgets,” “swift and acrobatic,” “ranged,” “shadowy and dark.”

Hungering Arrow – An arrow skill that does bonus damage and has a seeking property.
Entangling Shot – A ranged attack that slows the target, potentially chaining it to nearby enemies.
Evasive Fire – A ranged attack combined with a backflip if enemies are in close range.
Fan of Knives – AKA “knife nova.” Short range attack sprays a volley of knives in a circle around the Demon Hunter.
Bola Shot – A ranged attack that wraps around the target and explodes.
Grenades – Throws multiple grenades which detonate after a short count down.
Chakram – Fire a swirling Chakram that does physical damage to enemies along its path.
Impale – Fire a massive shot to impale a target.
Spike Trap – A trap which opens into spike-filled vortex, grinding any demons stepping on it.
Elemental Arrow – Shoot an elemental charged arrow that deals Fire damage to all targets it passes through.
Multishot – A ranged attack firing a flurry of arrows at a time.
Cluster Arrow – Fire a cluster bomb into the ground that spawns multiple grenades which detonate after a short time, causing AoE damage.
Rapid Fire – Rapidly fire arrows.
Strafe – Shoot at random nearby enemies while moving.
Rain of Vengeance – Fire a massive volley of arrows around you. Arrows fall from the sky for several seconds.

Caltrops – Lay a trap of caltrops on the ground that slows enemies and activates when an enemy approaches.
Vault – The Demon Hunter’s movement ability. Has a shadowy theme and some acrobatics to it.
Marked for Death – The marked enemy takes additional damage.
Smoke Screen – Vanish behind a wall of smoke, becoming momentarily invisible.
Companion – Summon a raven companion that will periodically peck at enemies.
Shadow Power – Draw in the power of the shadows, increasing attack speed for a short time.
Sentry – Creates a mechanical turret that fires arrows at enemies.

The Demon Hunter uses a dual resource system, known as Hatred and Discipline. Hatred (the red portion of the orb) dictates the resource available for offensive attacks, and it regenerates quickly. Discipline determines resources available for the Demon Hunter’s defensive maneuvers, and also some of his traps. My family was butchered by hellspawn. To witness such a thing is enough to leave your mind in ruins. The madness killed my sister, and left me frightened and alone. Until I was rescued. Rescued by survivors, who had joined together to rid the world of the creatures of Hell. They saw in me the strength to resist the demons. And they forged me into a weapon. Now, I am ready. A meteor has fallen in Tristram, and the dead have risen in its wake. I will send them back to their graves. Once, I was hunted. Now…I am the hunter. 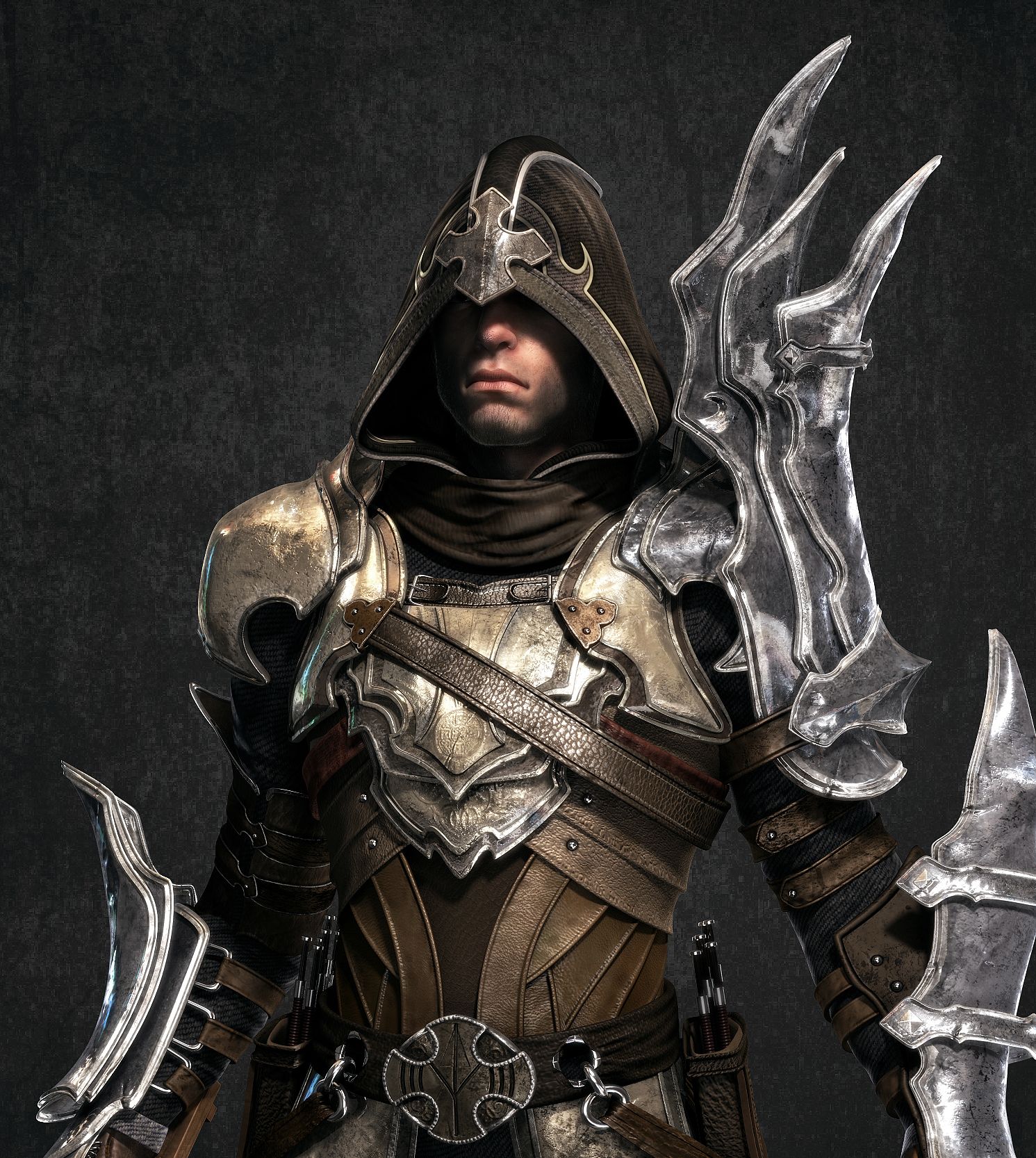 I am a nephalem.

Evil WILL be defeated!