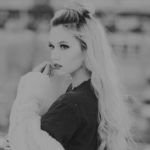 ***Profile is under construction***

Like most I don’t have a pleasant story to tell. I am by no means a fighter, sure I can hold my own but that’s not my purpose.

As a young girl, Krystine learned that she wasn’t like everyone else. White hair and Amber eyes doesn’t really blend in.  One fateful day she was getting her ass handed to her by two females who were her senior by a couple of years. As the beating went on, she waited for death knowing anything was better than to keep living through beatings. As she laid bleeding on the concrete, her wounds started to heal, which sent her into a panic, something like this had never happened before and wasn’t common where she came from. After her wounds heal enough for her to stand on her own, she ran to her boarding school infirmary.

While in the infirmary she learned that she wasn’t like her peers, she had a “power” for a lack of a better term. Fast forward a few years and young Krystine has blossomed into a beautiful adult, the healing incident still in the back of her mind, she was curious about it, it never happened after that day. She became a nurse and was sent to Hellifyno to help.

“Thou Shall Not Die” is the name she coined –  which allows her to heal others and even herself, but only works as long as the person is half dead to begin with.

Hair: White as the purest snowfall, cascading down to her navel. Her bangs fall just below her eyebrows.

Eyes: Beautiful, full Amber Brown. Striking difference between her hair. One of her most notable features.

Normal Tavern wear: Black Flat shoes, black jeggings which cling to her legs and waist like a second skin. A long sleeved black shirt, the back hangs a little lower and the black fabric crisscrosses over, with black ruffles that rest on her wrists.

Black hair tie on her right wrist. Her pockets usually have bandages, lollipops and a pen.