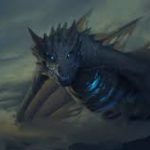 Knight of death Dragon of the lost

Love is a word that is misused

When I was alive I was a night of the order of the sun it was a good life. That was until I was ambushed by twenty other knights in the order I killed eighteen of them before the last two were able to kill me. But it seemed even in death I would not find peace. For in my dying moments the skies open into darkness and all around me were dead bodies and then I heard its roar the beast that my order was sworn to kill Kyro the dragon of the lost for this undead dragon would whisper into the ears of the dead causing them to awaken and serve him. Kyro told me the reason why my order betrayed me they were jealous of my combat prowess. So they struck me down when he told me that I can have my revenge all I had to do was become his vessel with nothing but a burning desire for revenge I accepted and I was reborn into Kyro knight of death dragon of the lost. Now I hunt down the remaining members of the order of the sun.

Kyro is known as the dragon of the lost or sometimes the dragon of death. Where he calls home is not the same realm of existence that others call home now the name of this realm is a very closely guarded secret. Not even the most dedicated scholars who spend every moment of their lives know the name. Now Kyro is one of the oldest living beings ever documented some of the early documented stories talking about early human encounters with Kyro now the stories in question talked about how Kyro was kind to them. But around the dawn of the second age, it changed the reason why the Order of the Sun started killing the prophets of Kyro and tried to burn every known scroll telling the accounts of Kyro so in retaliation Kyro gave life to the dead building up an army to fight the Order of the sun now this went on until near the end of the sixth age,. The knight Jarth of the Order of the Sun he was seen as the greatest knight the Order of the Sun had to offer but jealousy was spreading throughout the ranks. It came to a head when twenty other knights ambushed Jarth the ambush succeeded in their attempts to kill him. But at great cost, only two of them were left it was said that in Jarth dying moments Kyro made a deal with him. Now as the Vessel of Kyro what was once Jarth hunts down Order of the Sun,

https://wallpaperplay.com/walls/full/1/7/8/11248.jpg (This link will show you what my undead human knight form looks like)