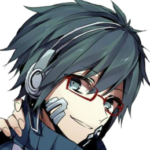 active 2 months, 3 weeks ago
Base

Just a guy trying to have some fun!

“Y’see, I’m from this planet a real long way away called ‘Topia’. No idea what it looked like down on the surface though. I was born down there, but got shipped up to an orbital station when I was just a little guy. Workers on the station gotta start when small, can fit into smaller spaces to fix stuff and you learn faster than the adults.”

“Life was real restrictive, everyone had a schedule and you had to stick to it like a welded metal plate if you didn’t want to get kicked out. Now I don’t mean just being sent back to the surface, I meant like literally being kicked out an airlock. Efficiency was prized above Us. So you can probably tell, pretty bad place. There was one good part though: goin’ outside! I loved goin’ out and walking across the station’s surface. No rules against staring at the stars… I knew I wanted to go an’ see them, someone like me sure as hell wasn’t meant to stay cooped up in a small place like this. This was no way to live a damn life!”

“So, I decided to get the heck out of dodge. The next ship that came in for refuelin’, I kinda took the owner at gunpoint and nicked his keys! Nah I didn’t hurt him, just gave him a bit of a thwack then launched his ship by myself. Lucky me, the ship wanted a new owner anyway! Survey ship, probably a bit of an error in its code since it was obsessed with accumulating knowledge, but because of that it was willing to let me take it and see the stars! Authorities weren’t too happy, took some shots at us, but I pressed some buttons and Bam, blasted out of there!”

“An’ that’s how I got here! Neat, right? There were a few hiccups, like crashing the ship, but that’s nothing. I’m out. I’m Free, I’ve got my life back! And I’m sure as hell going to Live it! I got a list of stuff I want to do, now all I gotta do is complete it!”

“Let’s see… I’m about 5’7” last I checked. My hair’s a kind of grey-blue colour and my skin’s a bit too pale, guess that’s what staying in a space station gets you. My eyes are bright blue and I got some red glasses too; they darken in response to light, it’s why I’m not blind despite all the weldin’ I had to do! I got these metal plates on my cheeks, belive me when I say they ain’t coming off. Grafted on when I was a kid, they can keep a contained film of Oxygen around my head so I can breathe in space… and underwater too I think. Solar-powered, so they recharged while I was out on walks across the station’s surface! I got my blue hoodie and black trousers too, just basic clothing for us fixers. I do got some other gear though, stuff I nicked from my job. I got this deployable black space-suit, nanobots contained in a metal shell attached to the front of my shirt. It gets chilly in space y’know! I got these hover boots too, had tonnes of fun flyin’ about with these!”

“Well, not much really! A welder, my headphones and communication device, m’boots and clothes… No local currency, guess I’ll have to take on some jobs. Oh, I got my ship! It’s a decent ship, just a small survey one with an A.I computer. I call her Coulomb, nice nickname right? What else… guess I can chat about my ability!”

“See, ‘pparently on Topia some people’re born with the capacity to… ‘externalise their will’ into reality. Basically, some people can get weird abilities from having strong willpower! I found out I was one of ’em just before I escaped, it was probably That that gave me the courage to actually try… Anyway, I named My ability ‘Scramble and Scuttle’!”

Scramble and Scuttle:
“Ok, what I do is like… I can assemble a gun or other weapon out of nothing! That’s what I call the ‘Scrambling’! Takes a couple seconds, but they’re always fully functional! I can make them disappear into nothing too, that’s the ‘Scuttle’ part! Downside is that they’re… well, randomised. I can’t pick what I get, like, at all. I got to shoot or use the weapon at least once before I can dissipate it and make a new one, so… enclosed spaces won’t be fun. When I got to reload a gun, if it needs to, a new clip just sort of appears in my hand and I load it up! Making lots of guns rapidly tires me out though, not physically but like… Mentally exhausting, it’s weird to describe. It’s pretty cool though, right?”

“What’s on my bucket list of things to do, that’s personal and you’re not getting a peep!”

"You've got to live your life the way you want. Fill it with as much fun stuff as possible!"