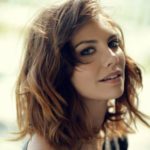 Position among the Giovanni: Until recently, the Dirigente of North America. Dirigente (Continent Head): The lead for an entire continent has Each City reporting to them, often referred to as the Dirigente. The Dirigente reports directly to the Anziani in Venice, and, often, to Augustus himself. The Dirigente meets regularly with his council of Consulente on matters that involve the familia. Their powers and responsibilities within the Family are comparable to that of the Camarilla’s Justicars.

Update: As of  6/11/2018, Lucretia di’ Giovanni de Bicci has hereby been appointed Archon of the Hellifyno Branch of Giovanni. All earthen Giovanni report to her, making her the most important and strongest Giovanni member.

As the great-great-granddaughter of Claudius Giovanni, Lucretia was born in the alpine regions between Italy and Switzerland. Lucretia was tormented by whispering voices from early on and confined into an asylum, where she was nonetheless sought out for the Embrace by many of the Giovanni undead family members, although Claudius drove them all away.

By the time Claudius fell from grace in the eyes of his father, the clan’s patriarch Augustus Giovanni, Lucretia had poisoned her own parents in revenge for locking her away. As Claudius’ star was falling, Ambrogino’s was rising, and when Augustus offered a boon to the latter, he requested the right to take Claudius’ intended childe as his own.

On her 21st birthday she was finally given the Embrace by Ambrogino Giovanni, and quickly developed a bond with her sire. She became a staunch ally in Ambrogino’s esoteric quests, aiding him in his search for various occult documents, like the Anexhexeton and the Sargon Fragment. However, she also suffers under an imminent death wish, that drives her to take terrible risks in order to fulfill her desires.

In the modern nights, Lucretia’s loyalty and success has earned her the prestigious position of Dirigente over North America. Parted from her sire, some say by design, she has proven herself as hungry for political power, as she was for necromantic knowledge. She has created a stable, yet ambitious tone for the North American Giovanni, based largely on proven results and success. A skilled tracker of information, nothing in the Giovanni Clan in America goes without her notice.

Auspex is a discipline that grants vampires enhanced senses, better than the average vampiric sense. At level 2, she knows when someone is lying to her. She can learn various qualities of a person as perceived by their aura. She can learn the most intense emotion someone has from their aura. She can raise her five senses high enough to perceive ghosts. She can raise her five senses up to superhuman levels.

Celerity is a discipline that grants vampires supernatural quickness and reflexes. Normally each level provides an additional action that can be used for movement, attacking, or other physical feats in a single round/post without penalties for multiple actions. This extraordinary speed violates the laws of physics in that the Cainite does not experience any change in momentum, friction, etc. A knife thrown by someone using Celerity is not any faster, and a vampire moving at incredible speeds will never catch fire no matter how fast they move.

Dominate is a discipline that overwhelms another person’s mind with the vampire’s will, forcing victims to think or act according to the vampire’s decree. It overrides feelings of friendship, relationships and emotions to force someone to their will. While undeniably powerful, its use almost always adheres to two important restrictions: the user must meet the eyes of the target and must speak in language that is clearly heard and understood by the target. Furthermore, this Discipline cannot be used upon Cainites of lower generation and cannot force someone to be self-destructive or defy their Nature. At level 4, Lucretia can give a one word order that a target must obey. She can also hold a target’s gaze and, through hypnotic suggestions, she can implant thoughts or desires. She can rewrite the memories of a target. She can also, over time, make a target a slave to her will alone.

Fortitude is a discipline that grants kindred, or vampires, unearthly toughness, even to the point of resisting fire and sunlight. At level 4, she is abnormally tough skinned but sharp weapons can pierce through her flesh if given enough strength and speed. Blunt weapons do very little damage. Fire works. Sunlight works.

Necromancy is a blood magic that grants kindred who study it the ability to perceive, raise, and speak to the dead among other gifts and talents. Due to her studies, she is level 4 in most of the necromancy paths. Level 4 dictates that she is able to summon, see the last moments of their lives, control a wraith to do her bidding and settle it on one place so that it haunts it. At level 4, she is also able to bring the dead back to life to do simple tasks and harder ones given how much blood she sacrifices. Through this particular path, she can also rip the souls from the dead who are risen. At level 4, she is able to see and reach into the Shadowlands as well as enter them through the shroud not only to touch things there but also to travel.

Obfuscate is a discipline that allows vampires to conceal themselves, deceiving the mind of others, or making them ignore what the user doesn’t want to be seen. Obfuscate is mentally based; its powers achieve their effects by manipulating the minds of others, not in creating any real changes, and thus will not work against creatures immune to such mental effects or technological sensors. At level 1, she is able to hide herself in shadows so long as she remains still.

Potence is the discipline that endows vampires with physical vigor and preternatural strength. Vampires with the Potence discipline possess physical strength beyond mortal bounds. Even the lowest ranks of this power gift the Kindred with physical might beyond mortal bounds. More powerful immortals have been known to leap so far they seem to be flying, throw or toss cars aside like tin cans, and punch through concrete as if it were cardboard.

Presence is the discipline of supernatural allure and emotional manipulation which allows Kindred to attract, sway and control crowds. She has the power to awe people. Awe is simple but solid. Once the vampire employs this power, those who are near him or her either want to be closer to him or her, or shudder in fear. It is an immediate and intense attraction, but temporal and not so overpowering that those afflicted lose their sense of self-preservation. Danger breaks the spell of fascination, as does leaving the area. Victims will remember how they felt, though, and this will affect their reactions should they ever encounter the vampire again. Awe is extremely useful in mass communication. It does not matter what is said – the hearts of those affected will lean towards the user’s opinion. She also has the power to instill fear. This power engenders unbearable terror in its victims. Dread Gaze, like the legendary hypnotism of the cobra, stupefies the victim into madness, immobility or reckless flight. To use this power, the vampire merely shows the mark of Caine upon him or her – bearing claws and teeth, hissing loudly and with malice. Any vampire can do this, but students of this Discipline are more insanely terrifying than mere sight can explain.

Protean is a discipline that gives vampires the ability to change form, from growing feral claws to evaporating into a cloud of mist. At level 2, she can transform her hands into claws to render flesh. She can use the eyes of the beast to see in the dark, the only drawback being that her eyes glow red. She can use echo location underwater or create webbing between her fingers to allow for faster swimming.

Single; No one exists for someone as demented as she.