active 8 months, 1 week ago
Base 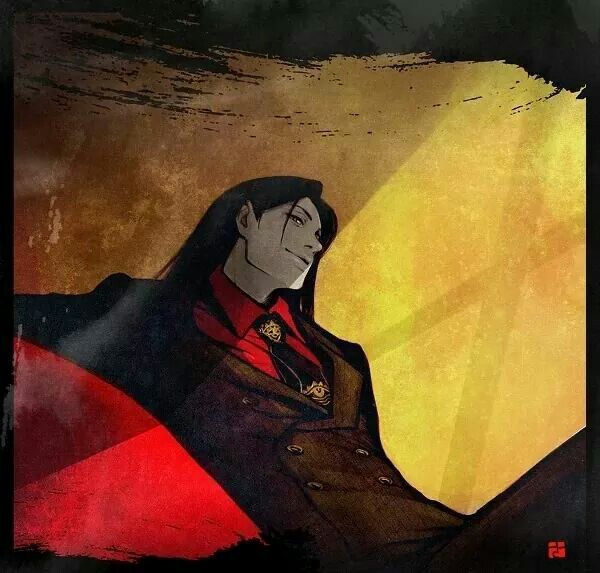 A proud member of the Kishimoto Clan

Lazarus Gideon Kishimoto is the third child to Lucian Dimitrius Kishimoto and Karin Uzumaki-Kishimoto. Born with red eyes and black hair, he was the younger brother to Kanie Uzumaki Kishimoto and Anthem Lucas Kishimoto. Like all other Kishimoto’s since Tenkei and Lily Rain, they all operated on a different timeline thanks to the ‘Twins Paradox.’ Due to different amounts of time on the TARDIS, they age at different rates than standard time or even the biological clocks of one another.

Starting at the age of six, Lucian kept his son in prime physical condition, while a tutor from the Magus Association carefully guided his mind and taught him enough magics to consider him a Magus. At 10, the head of the Kishimoto clan passed down the clan knowledge to his first son in the shape of a magically crafted crest. The Kishimoto Family Crest was integrated on his back, and it contained the knowledge and experience required to access all but the highest techniques.

That’s when he received his letter from Hogwarts school of Witchcraft and Wizardy, and granted leave of absence from the Clan to study abroad.

Lazarus struck Hogwarts like a meteor, his intellect and keen understanding of the fundamental principles of magic allowing him to break down both the theoretical and practical aspects of the Hogwarts classes with ease.  His mind had sorted him into Ravenclaw without pause from the Sorting Hat and he quickly took the top spot in every class he attended.  Favored among the teachers for his insightful questions and his eagerness to study ahead, he alone was responsible for Ravenclaw’s winning of the House Cup every year since his admission to the esteemed learning institute.

By his fifth year, Lazarus was considered the very top male candidate for prefect in his house, barring none.

What none of his fellow students or teachers knew however, is that the perfect wizard they all saw in Lazarus was nothing more than an elaborately crafted facade.  He was far brighter than even they could see, but also far less inhibited in his research.  While on the outside he maintained poise and nobility as a representative of his Clan, in the depths of Lazarus’s mind was a labyrinth of dark experimental theories and intricate plots.

By his seventh year in Hogwarts, there were none who could deny Lazarus’ skill and genius in the magical arts.  Where others struggled to cast to the exacting standards of the prestigious school, the Kishimoto wizard was more than capable of wandless magic at levels never before seen.  His research had progressed to the level of true discovery, learning data about spells and magic that none before him had researched.  It was only natural that he would be selected as Head Boy of the school, granting the magus unparalleled access to the school to carry out his studies.  The keys to the ancient magics of Hogwarts were his, and Lazarus had full intention to use them.

During a vacation period from Hogwarts, Lazarus assisted his sister in the hunt for the notorius Class Cards, both in the essence of family and in the interest of the powerful magics used by the artifacts.  Becoming the owner of the Berserker card and summoning his own Servant to continue assisting, the wizard became enraged after discovering that the Ruler Servant had used a mind control magic to enslave Anthem.  Determined to visit this rage on the one responsible, both for the familial anger of a brother when his sister had been slighted, and for the audacity of this spirit for daring to enslave a member of the Kishimoto, Lazarus participated in the final battle against the Ruler.  Sneaking behind enemy lines under the cover of multiple concealment spells while his Berserker was holding the attention of enemy Servants on the frontlines, Lazarus attempted to assassinate the Ruler Servant with some of his most powerful spells.  The assassination attempt failed when Anthem, still under the spirit’s mind control, was forced to defend Ruler against her own brother.  With powers that often rivalled one another’s, even from different sources and training, the battle would have persisted for hours had Gwen Poole not killed the Ruler Servant herself, freeing Anthem from its control.  After the battle was over, Lazarus retreated to the sanctity of his laboratories to begin deciphering the magics of the class cards.

Because of his focus, it was many weeks after that the wizard learned of his sister’s death.  The news struck him hard, sending Lazarus into a maddening spiral of despair and rage.  Determination once more took control after the initial emotions were spent, and the wizard began studying to find a method to bring his beloved sister back from the dead.

In the process of his research, a cataclysmic magic explosion ocurred in the laboratory Lazarus was working in, casting the powerful wizard back through time and space.  Always was the search for a way to revive his sister, but now added to it was the search for a way back to his own time and place.  Organizations were formed, apprentices taken, all in the pursuit of his two goals and gaining as much as he could to complete them.  Some came to see this pale figure as a god and cults began to form, gaining even more resources for Lazarus to use. 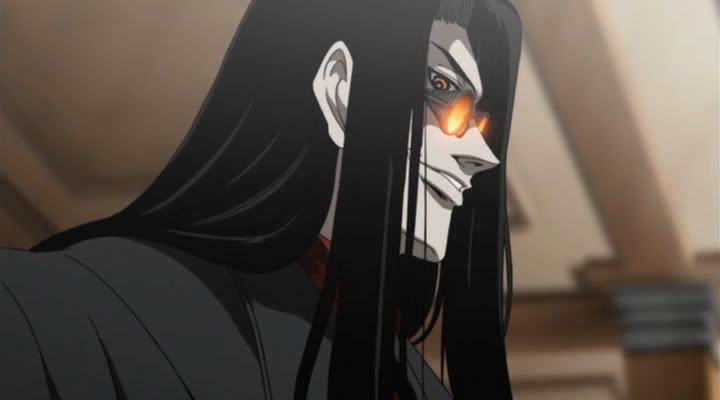 Lazarus returned to the present just in time for Hellifyno to be destroyed, granting the powerful mage his first death.  Were it not for his latent vampire blood and the work he had put into empowering that part of his noble bloodline, that death would have been his last.  Instead, the ancient Kishimoto arose years later as a pureblood vampire.  With only the millennia of magical knowledge and research he had acquired, no remaining assets or materials and a weakened body, Lazarus awakens to find himself utterly alone on the chaotic world.  No Kishimoto remained behind but him.  Nothing remains of the vast wealth and legacy of his family.

In an effort to regain some of his lost research, Lazarus turned to the temporal and spacial magic that had cast him into the past.  Though more powerful magically now and more knowledgeable, the wizard was still unable to control the magic and was flung through space and time.  Arriving in a seemingly Arabian kingdom known as Alzaraj, he expected nothing but the tireless work of reversing his mistake and returning to Hellifyno.  Unexpectedly, this is where Lazarus encountered someone who caught his interest.

A woman who radiated a staggering amount of magical power.  Meeting with her, the vampire learned that her name was Myra and that she was born of a Djinni, a powerful elemental being capable of altering reality through the casting of wishes.  Due to her human heritage though, it seemed Myra was unable to do so, merely conjuring objects which she was familiar with.  Forming an agreement with her, Lazarus used his own magical knowledge to enhance Myra’s power and control immensely, to the level of a pure blood Djinn.  The process bound her to him, offering her pleasure for every one of his commands that she obeyed. 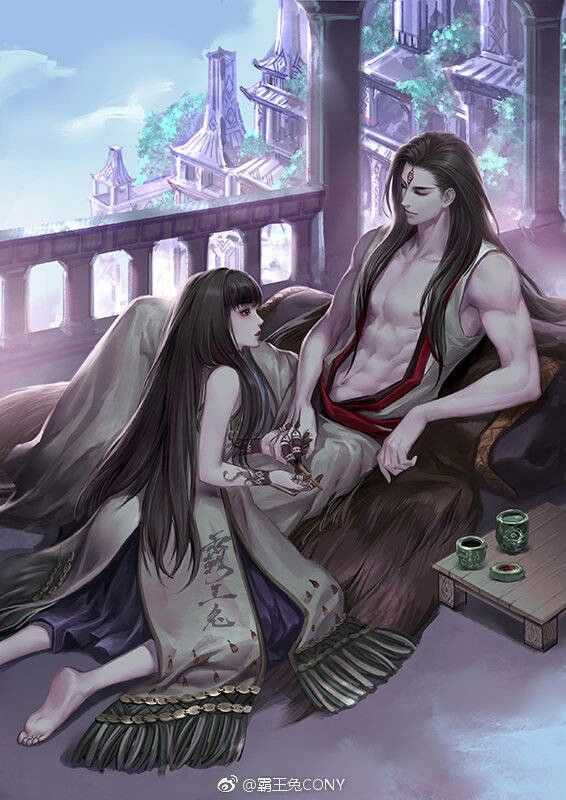 However, Lazarus was not the only one who took note of Myra’s power.  The Sultan of Alzaraj watched in jealousy as she used her power to create a palace for Lazarus and change the desert sands around it into a lush oasis.  He wanted that power for himself and to have such a beauty at his command.  To accomplish this, the Sultan contacted a dark coven of sorcerers known as the Black Sun.  Through their magics he sought what he coveted, never knowing that the coven had aims of their own for the wizard and the Djinn. 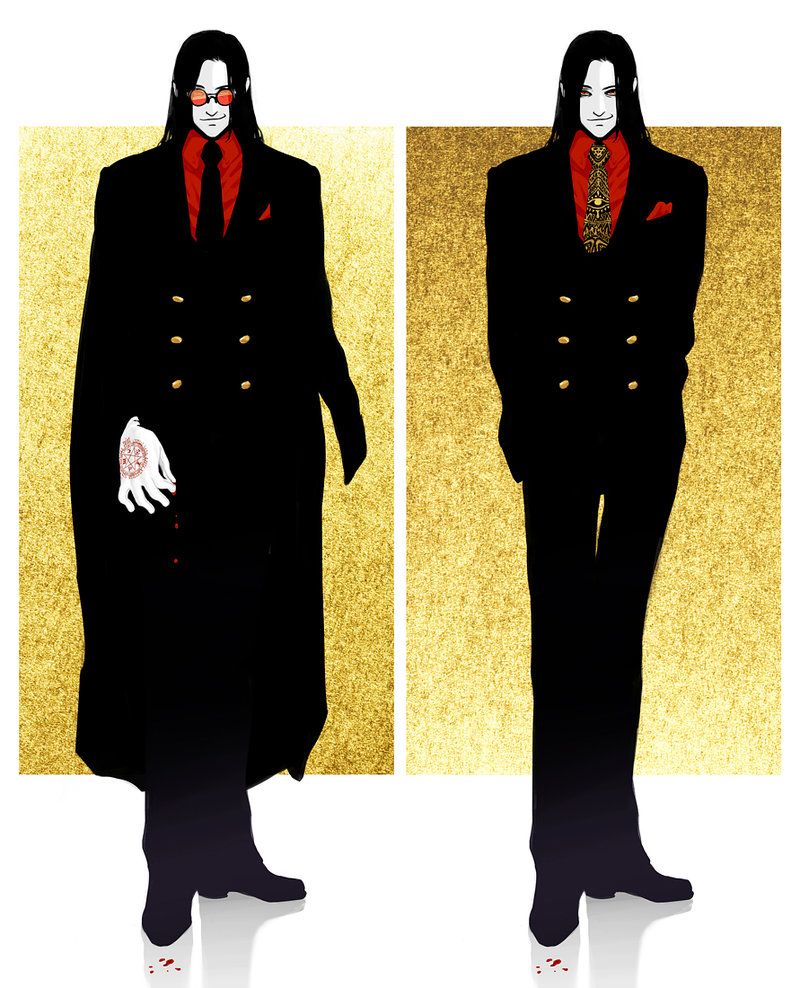 Lazarus Kishimoto stands at 6’5” tall, and weighs roughly 180 lbs.  He has a somewhat lanky frame due to countless hours pouring over books rather than exercising, though he stays in shape in his own ways.  He has long black hair that hangs freely, and dark red tinted eyes that can become piercing in a heartbeat.  With his newly awakened vampire blood, Lazarus has a pale complexion and a seemingly ethereal quality to his features.

Due to the esteem he holds both himself and the entirety of the Kishimoto clan in, Lazarus tends to favor more elaborate and formal attire, often of incredibly fine and rich quality.  He views such things as the proper trappings for a member of such a noble and illustrious family.  Since his resurrection, Lazarus has begun adding tailored black suits to his attire to blend into the population better.  Often he will hide his blood red eyes behind orange tinted glasses.