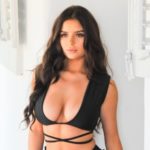 Hephaestus…If he still wishes me.

Born to a father her was a heretic and a mother who was a succubus she is the only one that can produce her own magic and suck it from other magical beings unlike her siblings.  She spent that last few years owning her own bar while she learned to control her powers. Her bar has become a safe haven for supernatural beings when they are on the run, learning who they are, and many other reasons.  Her parents died in a house fire when she was 16 leaving her 20 year old brother to take care of her and her sister Lynly till they were old enough to be on their own. She is grateful to her brother and tries to visit him has much as she can. As of right now she has no romantic interest. If you are looking for her you will find her in her bar Lilly Flowered

I don’t know what I fully am.