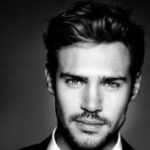 I was born several billion years ago along with my younger twin sister, Alexandria. Our father is King of the dragons and one of the strongest magical creatures on our world. Acting as the ultimate authority over all magical races. We didn’t know our mother. She died when we were only a few years old so we remember little about her except a lullaby she would sing us in a language neither of us have heard since. My father was ruthless in raising us, especially me. As the heir apparent to the throne he wanted me to be the best. At everything. Diplomacy, the sciences (Modern and ancient)and combat. My father was always watching my lessons. If he felt my performance was below his expectations, which they almost always were, he would hit me. But if I made a mistake during my battle training, he would take a live blade and cut me with it. Imbuing the blade with his magic so it would hurt me.

So I grew up gaining more and more scars as the years went on. Becoming a diplomat between other magical races when I was a teenager. I grew close to the other rulers and their children. They became my friends and like family. Except for one I went to hone my magical skills under. Poseidon. Our powers were similar so my father had him train me in the magic of ice and water. After a few decades, my powers began to grow quickly. The prideful god felt threatened and attacked me one day during lessons, scarring my body. I escaped. But my soul felt broken. He was like a second father. Kind and patient unlike my actual father. That went out the window so he could maintain his pride. I ran from my father’s court. Living among the humans slowly learning their languages and beliefs.

All the while I scoured the world of man and magic seeking my mate. The one kind thing my father had done for me is craft a magical ring attuned to my soul. When I found my soulmate the ring would react. Changing in some unknown fashion. But as millennia passed, I hadn’t made a connection beyond friendship with anyone. His gift became a curse. Constantly reminding me of my desolation.

I built a castle beneath the waves using nothing but my magic. I hid there for many years. Spending a majority of the time in my true form. But I grew tired of living beneath the waves. So I raised an island from the floor of the ocean and once it was covered in life, I built a house where I could live somewhat normally as a human.

I eventually made my way back into civilization proper sometime around when the western world started to industrialize. I started building up businesses and funding the advancement of science. The returns I received from them were beyond imagining. I built hospitals and other necessary infrastructure across the globe. The profits I gained from their operations made me extraordinarily wealthy. And that’s all besides the money and trades from my supply of rare metals. I’m always careful to fake my death and retreat from society for some time to avoid drawing too much attention to myself.

I am King of the Dragons. The most powerful of my kind and guardian of my world.

I enjoy the company of any race or sex. As long as they treat myself and others well I would be happy to be with them.

Married to and mated with Luciana.

In the modern day, I’m even more careful to avoid unwanted attention. People no longer believe in magic and it should stay that way. I’ve built a house on a plot of land away from most people and keep things that I need when I’m not using my portals, such as my car. I found an egg washed up on the shore of my home a few years ago and beyond belief it was a dragon egg. I added a basement below my island home and used it to incubate the fire dragon egg. It hatched and gave me a baby girl. She’s made me more happy than anything in a long time. And I met a girl named Luciana not too long ago. I’m hoping things go well. I really like her.

I stand 190 CM (6’3″) Though I don’t have abs or such I am extremely fit. When in combat I wear a black suit of armor. That’s rare in these times though. I am mostly seen wearing a blue suit that emphasizes my eyes. Who’s color moves and shift like the waves.

I normally only carry what can be seen on my person. The clothes on my back and maybe a phone and wallet in my pockets. But with a snap of my fingers, I can access my own pocket dimension and pull from an armory that has been built up over millennia.

I would rather not have all of my well-guarded secrets spread so easily.